The buzz around Neymar has been that big for that long that it’s hard to remember a time when the Barcelona sensation wasn’t a megastar. But right as he burst on the scene in 2009, he did so in the company of another voracious talent. 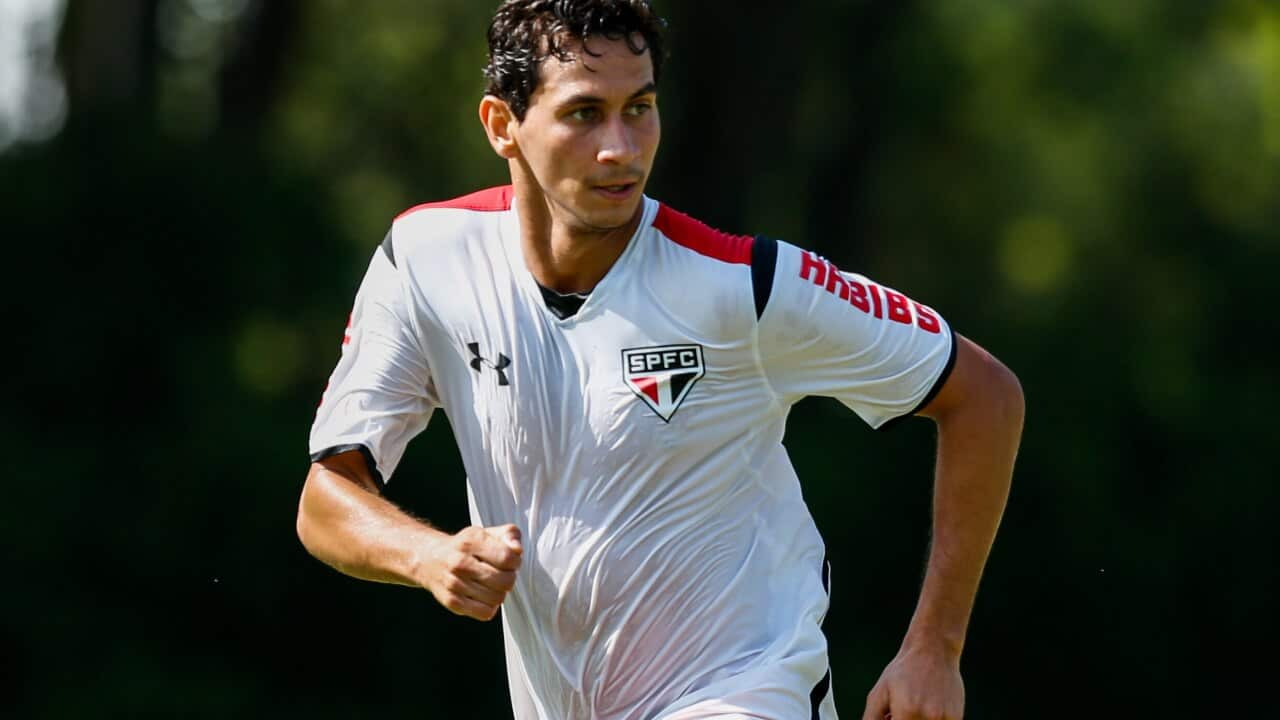 Paulo Henrique Ganso came on a year earlier than Neymar and his arrival caused an equal sensation – as all genial teenagers seem to do in Brazil.

Combining at Santos, the pair looked as though the world was their oyster. The plan was that they’d fire the famous club back to greatness, move to a big team in Europe and win the FIFA World Cup for Brazil.

Advertisement
How to describe him? Fluid, elegant and versatile. Unbeatable with the ball at his feet. An eye for a killer pass but possessing a superb shot. He wasn’t blindingly quick but he didn’t need to be.

He seemed capable of slowing the game to his pace – a hallmark of all great players – particularly when pitted against those his own age. He just seemed to play the game so effortlessly.

Ganso helped lift his side to three state championships, a 2010 Copa do Brasil and a Copa Libertadores in 2011.

Manchester United and Manchester City – who secured first rights on him in exchange for a loan deal for Robinho – both desperately wanted him. And Chelsea. An $82 million release clause was created to ward off interest.

So profound was his arrival that the Brazilian media began openly pondering if he should be elevated into the 2010 World Cup squad, many rating him as Kaka’s natural successor.

Ganso was only named as a back-up, but the rise to greatness seemed inevitable.

Amid the hyperbole, The World Game’s South American expert, Tim Vickery, made what proved to be a telling observation in February 2010.

"No doubt about it, the talent is there. This is a player who is strong in possession, with the vision to see the killer pass and the technique to play it," Vickery wrote for the BBC.

"His team-mate, the similarly heralded Neymar, talks of Ganso as a left-footed Zidane - a lovely thought for football fans everywhere. But some context is needed before we start getting too carried away."

Just as an entire country believed he would be feeding Neymar four years later at the 2014 World Cup on home soil, it all fell apart.

The expected European move never materialised. Injuries tallied up. A contract dispute involving himself, his agents, his owners (a third party, not his club) and his club engulfed him. His form, of course, flat-lined.

And so instead of making a dream move to one of the world’s great clubs, he moved from the coast to the city – roughly 75 kilometres inland – to Sao Paulo. Ganso’s nickname upon leaving? Mercenario.

His move came at a time when Brazilian football was awash with rubbery money. A crazy-boom economy was amplified in football by debt layered upon debt. In hindsight, it was a horrible, unflattering time. Not to mention unsustainable.

Ganso’s stint at the Morumbi began as his period at Santos ended. Inauspiciously. The goals which laced his game – most famously in 2010, when he netted 11 in 20 state championship games – virtually dried up.

Just another wasted talent, or so it seemed. The road back has been slow but progress has been seen.

He’s gradually become more and more vital for Sao Paulo, breathing new life into a player many thought would become a mere journeyman.

This year, he’s scored five goals in 17 games, pointing to a real revival of his talents. Not that Ganso was expecting to make the Copa America Centenario.

But fate had other ideas. First, Bayern Munich winger Douglas Costa pulled out with injury – giving Kaka, now 34, another chance in the canary colours. Yet as romantic as that story would be, he too would fall afoul of injury.

Known for his unconventional selections, Dunga made his choice. The call went out to Ganso and, last Thursday, he was on the first plane to the USA.

Upon arrival in camp, he declared it a “new beginning”. He’d want to hope so – the last time he played for the national team was in February 2012.

Brazil start their campaign against Ecuador this Sunday, before facing Haiti and Peru. While it’s the weakest Selecao squad seen for some time, it’s a group they should advance from.

As for Ganso, he finally gets his chance to start fulfilling the promise, that, so far at least, remains painfully unfulfilled.