Garrincha's grandson signs for Brentford, will he emulate the 'little bird'?

Garrincha is one of the greatest players of all-time, but will his grandson follow in his footsteps? 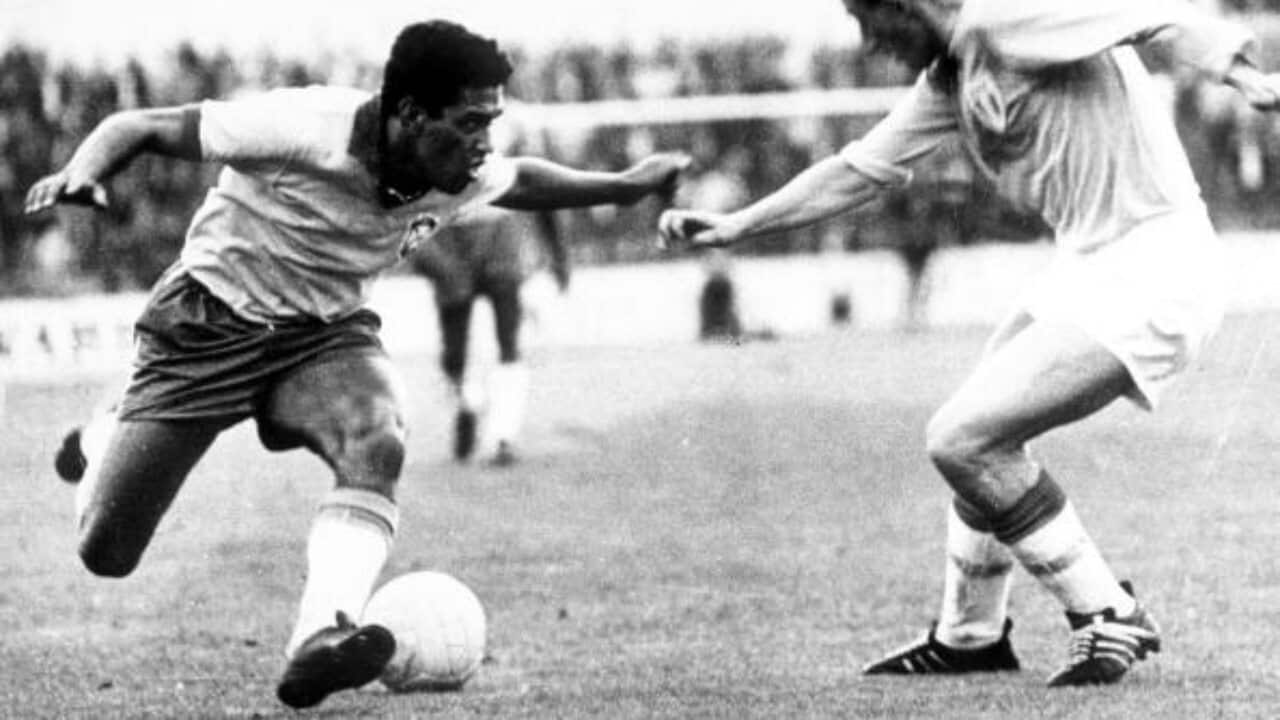 Brazilian star Garrincha who played in the 1958 World Cup Finals in Sweden photographed in a match before the Finals. Source: Getty Images

The bare statistics do not even tell half of the story of Garrincha.

The great Brazilian notched up 12 goals in 50 caps – which on paper is slightly more impressive than the record of Ecuador’s left winger Jefferson Montero, who currently has 11 goals in 61 games.

Montero is a fine player, but an infuriating one, who so often can flatter to deceive.

Advertisement
Garrincha did none of that. Some even rate him higher than Pele – a stretch, not least because Pele was effective over a much longer period.

But no one tore a defence to pieces, opened it up and humiliated it in quite the way that Garrincha did. And if that is not reflected in the statistics, then I know of no better argument for the view that everything cannot be explained by looking at the numbers.

When it mattered, he was simply unplayable. Everyone knew that he was going to beat the full back on the outside, but no one seemed able to stop him.

In the 1958 World Cup, Brazil’s first win, he set up a stream of chances for the strikers, and four years later, in Brazil’s successful defence of their title, he was even better.

With the exception of Diego Maradona in 1986, he may have given the finest individual performance ever seen in a World Cup.

Brazil were an ageing side – at 29, Garrincha was their second youngest player – and Pele was injured. So in the team’s moment of need, Garrincha stepped up.

Playing from the right wing rather than on it, he became the man who scored the goals as well as the man who made them, netting twice against England in the quarter final and collecting two more against hosts Chile in the semi.

It is hard to argue against two decisive contribution to World Cup wins at a time when the tournament was still the absolute pinnacle of achievement in the game.

Of all his 50 matches, the only time he was on the losing side was in the final one, in the 1966 World Cup when, already blunted by alcohol and knee surgery, he was part of a Brazil side that went down to Hungary.

While he and Pele were on the field together, Brazil never lost a game. No doubt about it, we are talking about one of the all time greats.

Pele’s son Edinho had a brief and far from convincing spell as a goalkeeper. One of Zico’s sons attempted a football career with little success. Garrincha scattered his seed around, but none of his sons came anywhere near emulating his feats.

One of them, Nenem, had a reasonable career in Portugal and Switzerland. But in line with the tragedy that seems to have accompanied the family, he died at the age of 28 in a 1992 car crash.

There are examples of footballing dynasties – for some reason Uruguay seems to produce plenty of them. But it is rare for the sons of famous footballing fathers to enjoy the same success.

The circumstances are different. The son may buckle under the pressure of living up to a famous name, or he may lack the hunger that drove his father to push himself. Then again, he simply may not have inherited the talent.

It is fertile ground for a ‘nature against nurture’ debate – a discussion in which a fascinating new chapter has just opened up.

On tour in Sweden in the late 50s, Garrincha had a one night relationship with a local girl. Nine months later Ulf Lindberg was born. Ulf, who only discovered the identity of his father at the age of 7, was adopted by a middle class Swedish family.

The circumstances of his upbringing, then, could hardly have been more different from those of Garrincha, who grew up in a less structured and less prosperous environment in a small town outside Rio de Janeiro.

But though Ulf Lindberg and Garrincha never met – by the time Ulf made it to Brazil his father had drunk himself to a premature death – football created a bond between them.

Ulf tried to be a player – uncannily, he was also a right winger -  but his ambitions were ended by a bone disease.  His son Martin showed some promise, but suffered a knee injury.  But now opportunity is knocking for a younger son.

Eighteen year old Henrik Johansson has just signed a contract with Brentford, the West London team who play in the Championship, the second tier of English football. He too is a winger.

Garrincha’s grandson is ambiguous about his footballing heritage.

"I don't really talk about it that much because I don't want it to affect my football or my life but it is always in the back of my mind so I do think about it," Johansson told the club's official website.

He will surely be hoping that others are also thinking about the connection after watching him in action.

"I like to think there's a little bit of him in how I play,” he said.

“I am an offensive player who is technical and likes to score goals."

Henrik Johansson has grown up worlds apart from his famous grandfather.

In terms of nurture, they have nothing in common. But the bloodline exists.

So if there really is a little bit of Garrincha about the way that he plays, then it is a resounding victory for the forces of nature, and full backs should start having nightmares.