Georgievski confident Victory will bounce back in Perth

Losing games would be a worry for Melbourne Victory if they were also losing sight of what they needed to do to win, but Daniel Georgievski said they knew exactly what they had to do and that it wasn't rocket science. 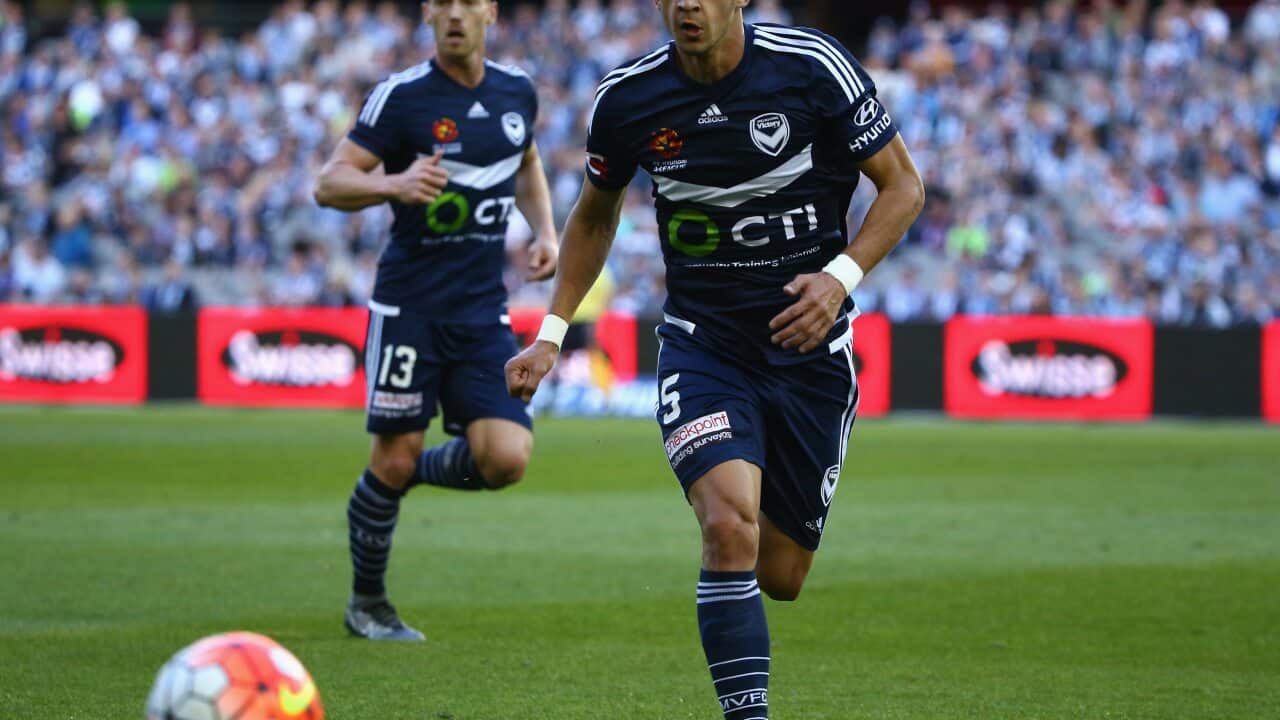 "But when that doesn't happen it's just football.

Advertisement
"We have to go back in-house and see where we're making mistakes and try to capitalise on our opportunities and try to minimise our mistakes in the next game."

That next game is against Perth Glory at nib Stadium on Wednesday night. It is a catch-up game from round five that had to be deferred due to the involvement of both teams in the FFA Cup final.

Victory led the competition with this game in hand several rounds ago, but after back-to-back, 2-0 road losses to Wellington Phoenix and Western Sydney Wanderers they have dropped to fourth and have to immediately hit the road again.

The timing of Wednesday's game can be seen as good or bad.

Good in the case that footballers like to get out there and play again as soon as possible after a loss. Bad in the case that Victory have a huge Melbourne derby game against City scheduled for AAMI Park on Saturday night and a clear week of preparation for that clash would be handy.

But Georgievski takes the view you suspect every Victory player does, that it is what it is and they are just going to get on with it.

"'Muscy' (coach Kevin Muscat) is the same. We're all like that. He has instilled that in us.

"When you're used to winning you don't like to lose and afterwards it's never the best team dinner or the best trip back home, but that just makes us hungrier to perform better in the next game.

"Even when we win we forget about the game and immediately start getting ready for the next game and it's obviously a short turnaround this week so we've had to sit down and quickly concentrate on the Perth game.

"Whatever squad comes out for the game against Perth, we'll be ready."

After winning the Premier's Plate and championship double last season, Victory have continued collecting trophies this season by taking out the FFA Cup.

Two losses in a row won't be enough to rock them, but it does remind them that they are every other team's main target and that they have to improve just to be a chance of repeating what they did last season.

"Expectations about Victory are very high, both inside the club and outside the club," Georgievski said.

"When you've won the championship last season every team wants to beat you and even if they don't win another game in the whole season they can still say 'we beat Melbourne Victory'.

"So the pressure is there on us every game, but that's why we are where we are, man, that's why we're one of the best teams in Australia at the moment, because we can handle pressure, so it is what it is and we just have to keep going forward.

"It's still early. There are another 18 games to go for us. One game, or two games, it happens, you can have a bit of difficulty and just not get the results.

"We're not playing as bad as those results may look to some people, but we want to be on top. We created chances against Wanderers, but we didn't take ours and they took theirs. Now it's about fixing what we did wrong and doing better against Perth."