Melbourne Victory defender Daniel Georgievski said he was convinced the club would have the squad they needed to compete for titles this season and that it was better to wait for the right players to sign rather than rush things and risk making bad choices. 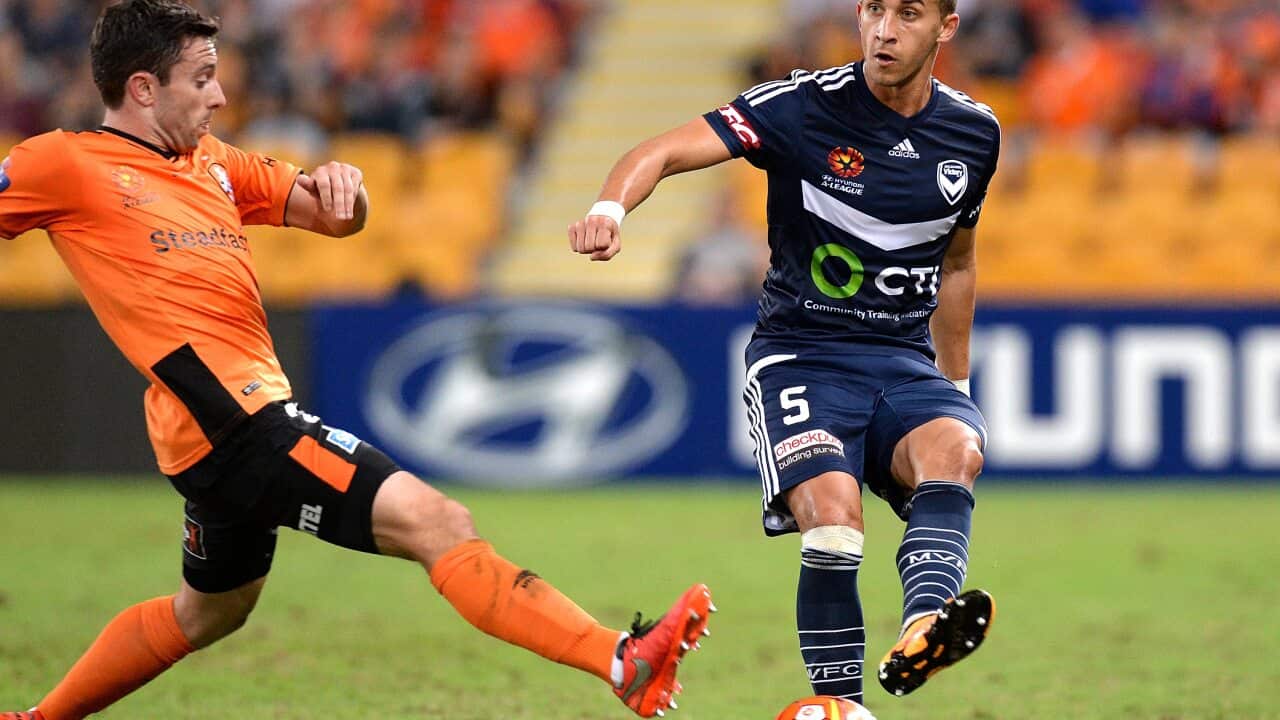 Victory coach Kevin Muscat said in interviews earlier this week how difficult it had become to attract the right players from overseas because of the increased money available in Asia and other areas and the fact the A-League was working within the constraints of a salary cap.

But Muscat, who needs to fill several more important spots in his squad with pre-season training having already been underway for a couple of weeks, said he believed he would get the right players in the end.

Georgievski, speaking to The World Game on Friday, backed the coach and used himself as an example that opportunities for players and clubs to form what turn out to be successful partnerships sometimes take time to develop.

Advertisement
“It is a long pre-season and a lot can happen,” Georgievski said. “Two years ago I came in to join Victory three weeks before the season started and it was lucky on both counts - the club had a spot to fill and I was available.

“These are important decisions to make, so you can’t rush them. If players leave the club you’ve got to go back to the drawing board - get on the internet, actually, these days - and search for the right players and our club has been doing that.

“It is a big process, but we as players have got total confidence in ‘Muscy’ and his staff to get good players in. We’ve already signed some, but there are still more to come that they’re interested in and when they sign players we’ll be sure they’re going to be assets to the club.”

There has been a lot of player turnover at Victory since the end of last season. Some chose to sign for other clubs, some retired and some were released.

The recruitment process is continuing as the existing squad prepares for games against Juventus at the MCG on Saturday, Atletico Madrid at Simonds Stadium in Geelong on 31 July, and Newcastle Jets in a first-round FFA Cup match at Hunter Stadium on 3 August.

But Georgievski said the squad as it stands at the moment was still a strong one and that he was particularly looking forward to seeing how Victory’s young players, including 16 year-old Sebastian Pasquali, fared if they get some game time, as expected, in those matches.

“The coaching staff have to weigh up the performance of all the players in the squad at training in the last couple of weeks and work out if they can play a full game or a half game against Juventus,” he said.

“But against a team like Juventus you don’t need any motivation - everyone will love to play.

“Seb has shown a lot of potential and if he gets an opportunity he will definitely show his confidence and ability. He’s like a Gui Finkler-type player. He’s definitely got something about him that stands out and he wants to learn.

“Any player who gets the chance to play against Juventus wants to shine and show they can take their play up to that level, and we’ve got several young players in the squad who I’m sure would really enjoy getting an opportunity.

“If any of the young boys do get a chance and they don’t crumble under the pressure, which I’m pretty sure they won’t, there will be some new headlines after the game, so it will be interesting to see what happens.

“I’m excited about the squad that is coming together at Victory – the senior players who were already here, the players who have signed so far and the young players.

“We’ve learned from our mistakes last season and it’s always valuable when you learn something. I think we will definitely grow this season. Whoever comes in will play a part and after going out in the first week of the finals last season we want to get back to the grand final again and win it.”

Georgievski said the best way for Victory players to approach the game against Juventus was to just go out and enjoy it.

He said the idea of playing in the game reminded him of when he played in the 2013-2014 UEFA Champions League for Romanian side Steaua Bucuresti against teams that included Chelsea.

“Yeah, it takes me back to the European days and the speed of those games, the whole tactical side of the game and everything,” he said. “It will bring back some memories.”