Third-tier German club Sportfreunde Lotte claimed a memorable 2-0 win over 1860 Munich in the DFP Pokal Cup round of 16, but only after fans helped clear snow to ensure the match wouldn't be abandoned. 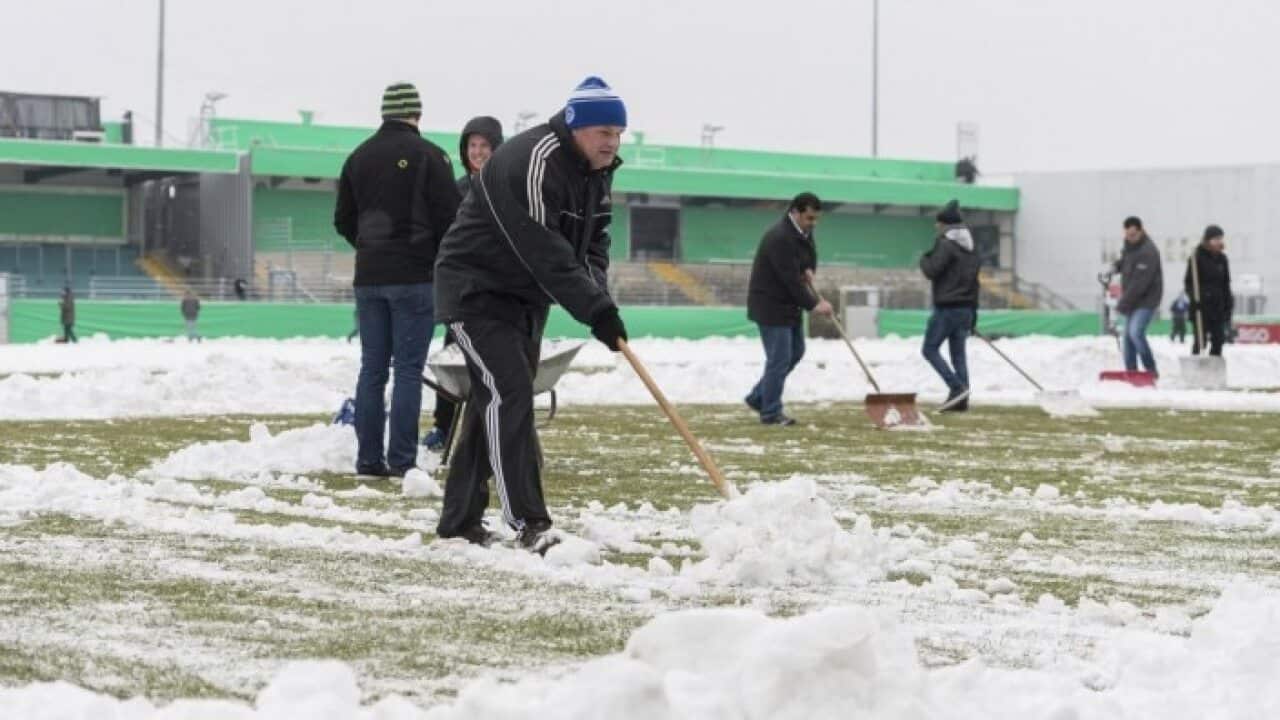 SF Lotte, the lowest ranked club remaining in the German Cup and will now face Bundesliga giants Borussia Dortmund, took to Facebook to appeal to their fans after overnight snowfall had covered their home pitch.

Advertisement
"We need your support for tonight, so that the game can be played!" the club wrote on Facebook.

"Bring your snow plow with you and let us clear the place together from now on! Each hand helps."

Fortunately for the SF Lotte, hundreds of their fans answered the call and turned up with their own shovels to clear the pitch in time for kick-off.

The club thanked fans for their swift assistance and they returned the favour by sealing a famous win over Australia defender Milos Degenek's former club, 1860 Munich.

And now, SF Lotte, who have already knocked out six-time champions Werder Bremen during their Cup run, will host German powerhouse Dortmund for a place in the semi-finals.