Rookie wingback Alex Gersbach is in strong contention to make a surprise start for Australia in their perform-or-perish Confederations Cup clash against Cameroon. 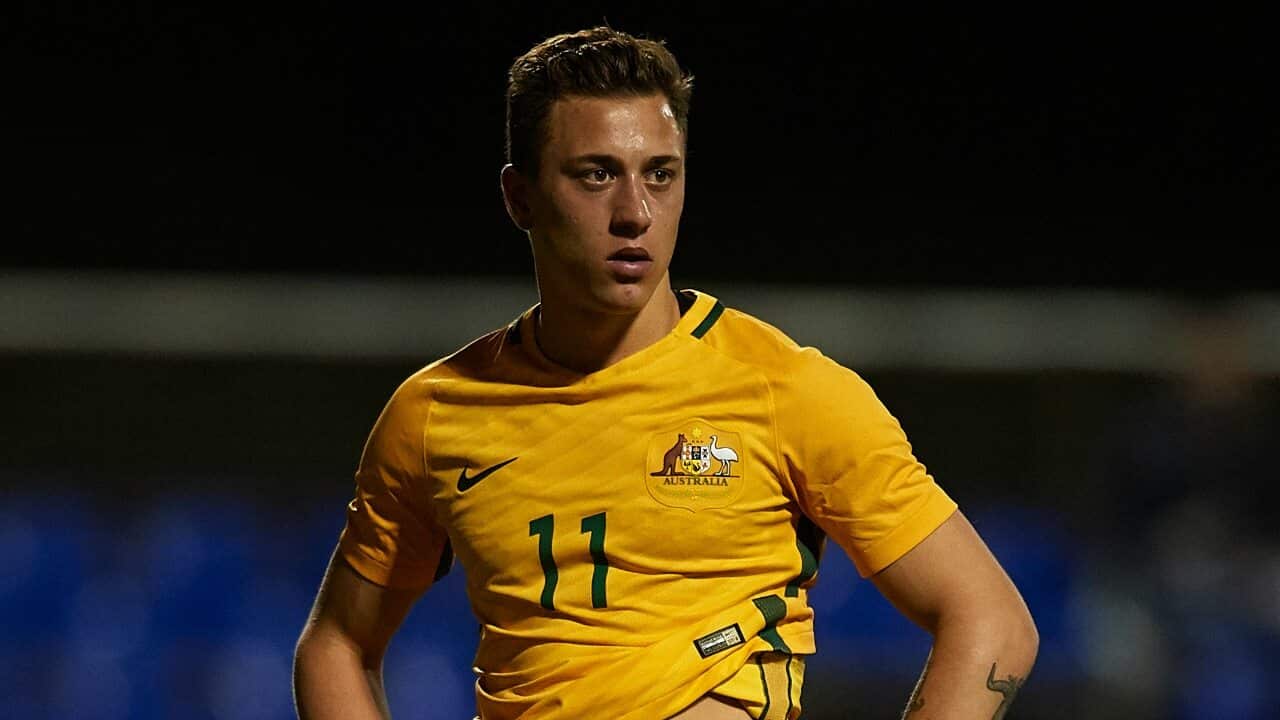 The 20 year - who gained the last of his two Socceroos caps in the 2-1 loss to Greece a year ago - would be a shock selection in Friday mornings' (AEST) Group B clash, having only been called into the squad last week as a replacement for the injured Brad Smith.

But it's understood that Gersbach, who is in his second season with Norwegian champions Rosenborg, has impressed coach Ange Postecoglou since joining the squad in Sochi, ahead of Monday's 3-2 loss to Germany.

Should he get the nod, the former Sydney FC flier would replace Aziz Behich and possibly offer more thrust in the final third.

Advertisement
Turkey-based Behich was exposed at times down his left flank against Germany, though - like the rest of his teammates - he had a far more solid and composed second half.

"It's really nice to be around the group again ... my last call up was in November for the game against Thailand," Gersbach said after his call up at the weekend.

"We've got three games in quick succession in Russia and will have to use a lot of the squad.

"I'll be confident if I get my chance to come in and do my job."

Having fallen out of favour in recent weeks at his club, Gersbach added: "If I get a chance I really need to do well to I guess make a statement back to my club that I am ready to play and do my job."

Postecoglou is expected to stick with the same back three against Cameroon at St Petersburg Stadium that lined up against Germany - meaning Milos Degenek, Trent Sainsbury and Bailey Wright should all start.

Aaron Mooy is tipped to partner skipper Mark Milligan as duel No.6's as was the case after the interval against Germany.

Robbie Kruse, impressive off the bench at half-time in place of Massimo Luongo in Sochi, is also favoured to start as a No.10, alongside Tom Rogic, with Tomi Juric at the pointy end and Mathew Leckie as the right wingback.

With Cameroon also losing their opening match - 2-0 against Chile - both sides need three points to maintain a realistic hope of progressing in the competition.

Australia play their final game against Chile in Moscow on Monday morning (AEST).

READ MORE
Why Postecoglou must double down on his approach