Gibson hails resilience of team and town after Middlesbrough promotion

Ben Gibson hailed the resilience of both team and town after Middlesbrough ended their seven-year absence from the Premier League by securing the draw they needed against Brighton & Hove Albion. 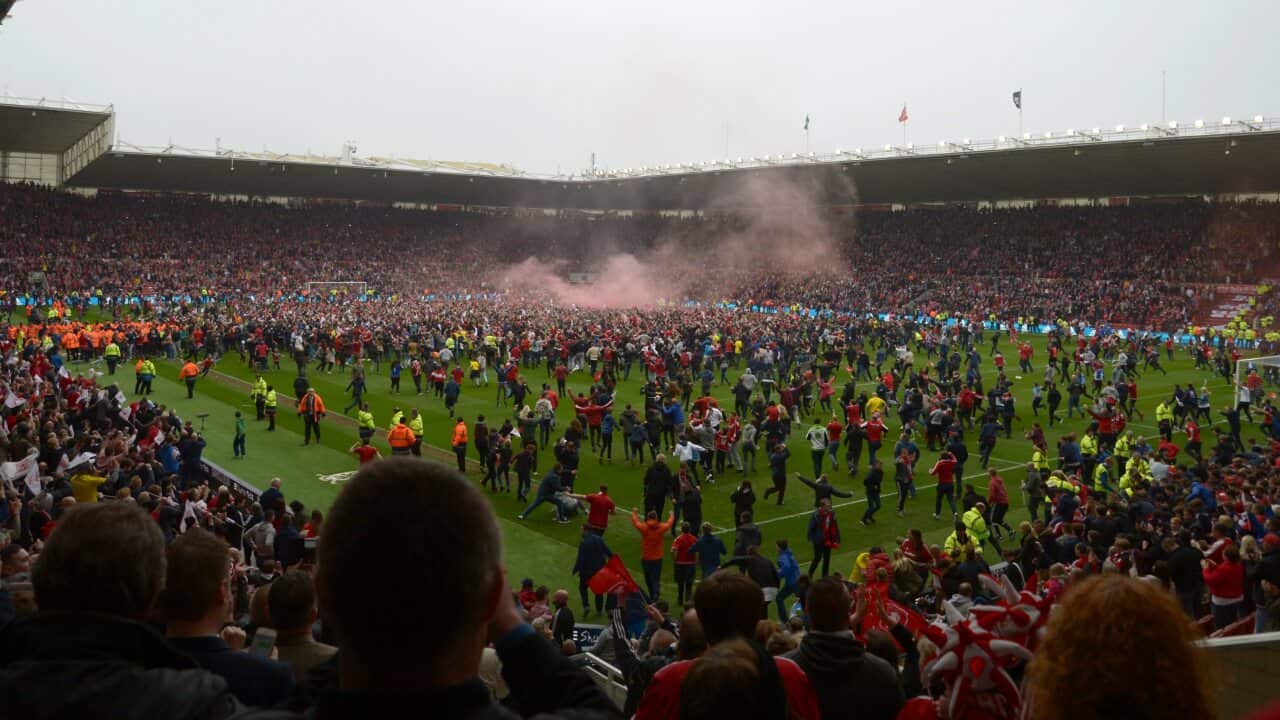 Despite talk of $390 million jackpots, the 23-year-old Gibson knows the true value of promotion more than most having been an integral part of his home-town club since first signing youth forms at the age of 12.

For a region scarred by slow industrial decline and the recent loss of thousands of steelworking jobs, Gibson believes being part of the Premier League can form the catalyst for the kind of revival television money cannot buy.

Gibson said: "This town is full of hard-working people but it sometimes doesn't get the best press. We have put ourselves back on the map - some people said we were the forgotten town.

"It has been a tough seven years and football to the people is so important. To give them something back is amazing, and it will no doubt given them a boost.

Vindicating Aitor Karanka's decision to choose him over local boy Stewart Downing, Cristhian Stuani steered Boro within sight of promotion when he swept the ball over the line from a David Nugent cross.

Brighton rallied and looked set to force a nervous finale when Dale Stephens headed the Seagulls level on 55 minutes, only to be sent off three minutes later in a decision - criticised by Brighton boss Chris Hughton - which effectively ended their chances.

Thousands of Boro fans poured onto the pitch at the final whistle to celebrate the end of a tumultuous season which included a bizarre spell in which Karanka looked set to leave the club after staying at home for the 2-0 defeat at Charlton Athletic in March.

Karanka returned to finish the job - insisting on Saturday he intended to remain in charge for next season's Premier League campaign - and Gibson insisted the adversity of March had only increased his side's determination to succeed.

"A lot of of stuff was publicised and a lot of stuff got blown out of proportion a little bit but we have shown how strong we are," insisted Gibson.

"When other teams around us saw that happened, they probably thought we had blown promotion, but we have shown the toughness and togetherness of the squad, the football club and the town."

Former boss Gareth Southgate - who was in charge when his side slipped out of the Premier League seven years ago - predicted the club will prosper in the top fight.

Southgate told BBC Radio Five Live's Sportsweek: "I think there will a momentum with Middlesbrough. I think for the next couple of years maintaining that status will be seen as a positive.

"The expectations will be a bit lower, but the energy in the stadium will give the team every chance of success."