Australia's Matildas have bounced back from their opening defeat to Sweden at the Algarve Cup to register a fine 3-2 win over the Netherlands in Portugal. 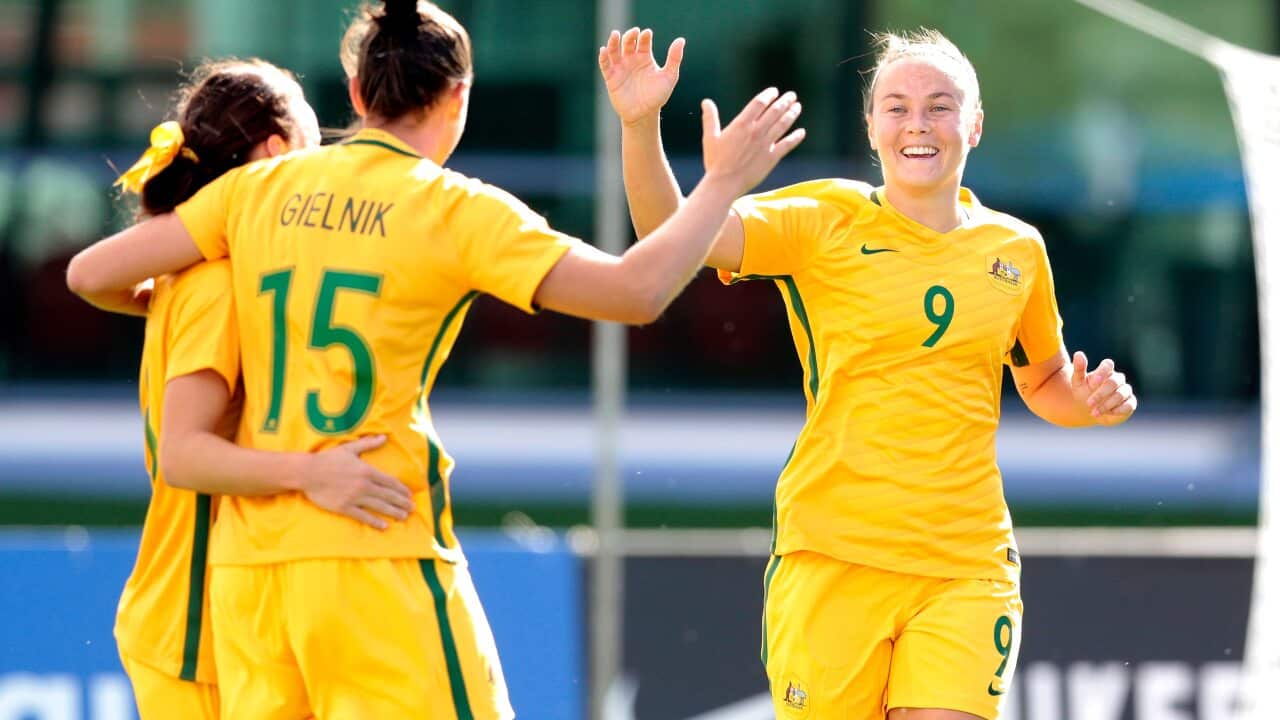 The Matildas led 3-0 at the break thanks to two set-piece goals from Emily Gielnik and a header from defender Alanna Kennedy, before the Netherlands netted after 75 and 79 minutes to set up a grandstand finish.

Gielnik opened the scoring after 16 minutes direct from a corner, before adding her and the Matildas' second with a free-kick from out wide.

Advertisement
Kennedy added a third on the stroke of half-time, with the Matildas holding on despite the Netherlands pulling two goals back late in the second half.

The Matildas had started the tournament with a 1-0 defeat to Sweden, and will finish their Group C campaign against China.