The Australian Cycling Team track athletes, who have been preparing for the Tokyo Olympics later in the year, dominated the competition. Alex Manly and Ashlee Ankudinoff took out the women's madison national championships, while there was confusion in the men's race after a desperately close finish taken out by Leigh Howard and Sam Welsford. 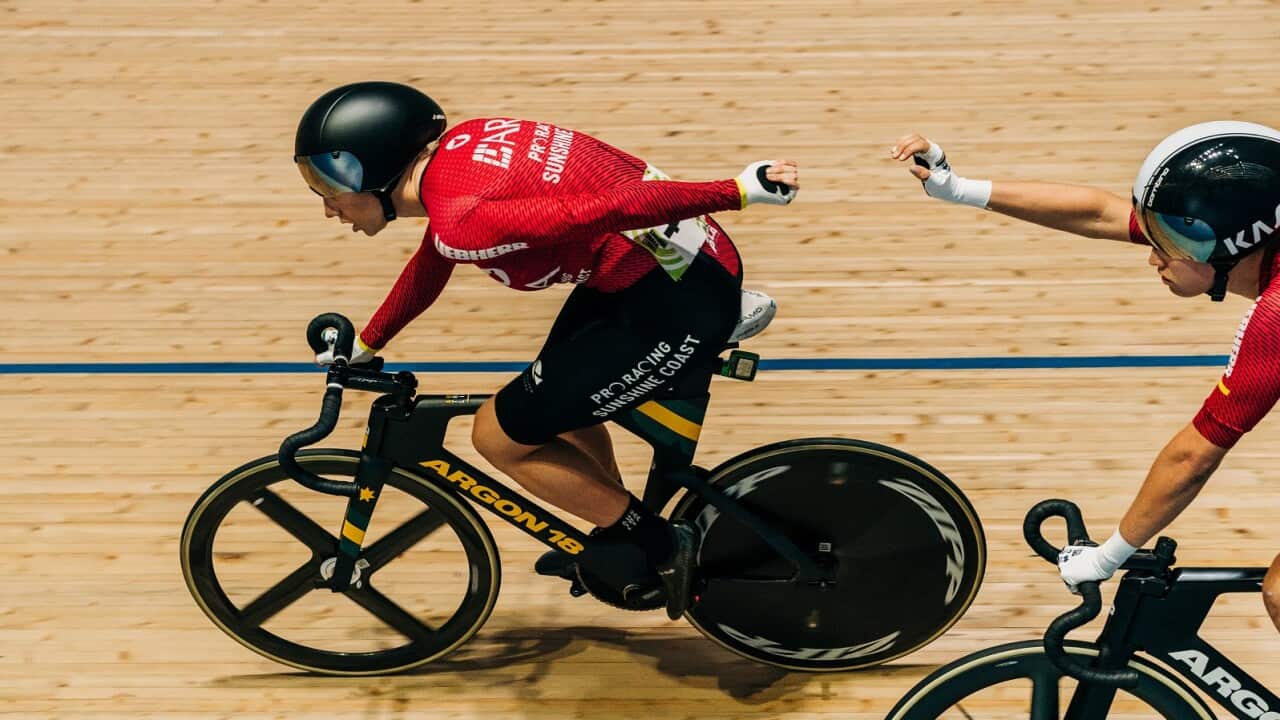 The Women’s Madison was thrilling, with the final points showing a comfortable margin of victory for Manly and Ankudinoff, belying how close every sprint was. Ankudinoff and Manly were consistent throughout, only missing the top-3 in the first sprint of the night.

The tone was set early as the teams of Plouffe / Martin-Wallace, Manly / Ankudinoff, and Baker / Edmondson began their race-long slugfest contesting the sprints. Those pairings dominated the early point spots, occupying the top-3 slots from start to podium presentations. Manly and Ankudinoff grew their lead throughout the race and had a decent buffer on their rivals.

Fourth-placed pairing Lauren Perry attacked with 3 laps to go and launched teammate Sophie Edwards to take the final sprint, with Manly in hot pursuit taking second on the line and Edmondson third.

Advertisement
Ankudinoff would leave the night having successfully defended her 2020 madison title, and Alexandra Manly improved on her silver medal in 2020. The top pair finished with 48 points, with Baker and Edmondson on 36 taking home silver, while Martin-Wallace and Plouffe fought hard for third on 19 points.

“We knew that coming into this race that we just had to be consistent," said Ankudinoff, "and be present in all the sprints and that was how we were going to win it. In the last 50 laps we made sure to put each other in strong positions so we could make the most of the opportunities to get those five points.”

Manly has shown some good form of late at the national road championships, and was similarly pleased to take the win.

“It was nice to pair up with Ash," said Manly, "because in the past she’s beat me for the title. It was really nice to be able to do it together. By the time we came to the final sprint we were pretty stoked to have done it!”

The men’s race was one for the ages with three teams right in the fight for the win right to the final sprint. Lengthy post-race deliberations eventually saw Leigh Howard and Sam Welsford winners by a single point (121) over Cam Meyer and Kell O’Brien (120), with Luke Plapp and Jensen Plowright two points back in third place (118).

The three top teams composed almost entirely of Australian Cycling Team members with Plowright the only excpetion immediately emerged as the podium favourites in the early sprints.

An aggressive race saw the top teams taking laps on the field throughout the race, causing some confusion at stages about who was eligible for key sprints towards the end of the event.

The leading teams dropped into the pack, which made the chasers eligible to challenge for the final sprint points, despite being laps down. Sayers / Agnoletto capitalised on the situation and were credited with first over the line and bagging the final points. Walsh / Trezise crossed second with Plowright third.

It took the commissaires considerable time to dissect the final 10 laps and award Leigh Howard and Sam Welsford the win by a single point over Cameron Meyer and Kelland O’Brien. Luke Plapp and Jensen Plowright took home bronze, only 3 points behind gold.

“Gnarly race," said Welsford. "I think everyone was still questioning the scoreboard at the end as you saw. We knew Plapp and Jensen were up the track and we knew we didn’t have to worry about the last sprint, just get around the pack and score a point to win on count-back.

"I just knew there was another lap so I had to keep going again. I think the best thing about it is that it could have gone either way in the top three teams so it just shows the depth we have in the Madison.”

Leigh Howard talked about the dynamic of taking on teams composed mostly of his fellow Australian Cycling Team representatives.

“Sometimes it’s difficult when you’re competing against your own team mates but we all try and walk away happy with each other," said Howard. "It’s pretty easy to have arguments in races, and so far we’ve always walked away mates at the end of it and that’s far more important than any results.”