Socceroos legend Mark Schwarzer made his professional debut the year the Berlin Wall was dismantled and 26 years on remains a human shield as he chases a Premier League record. 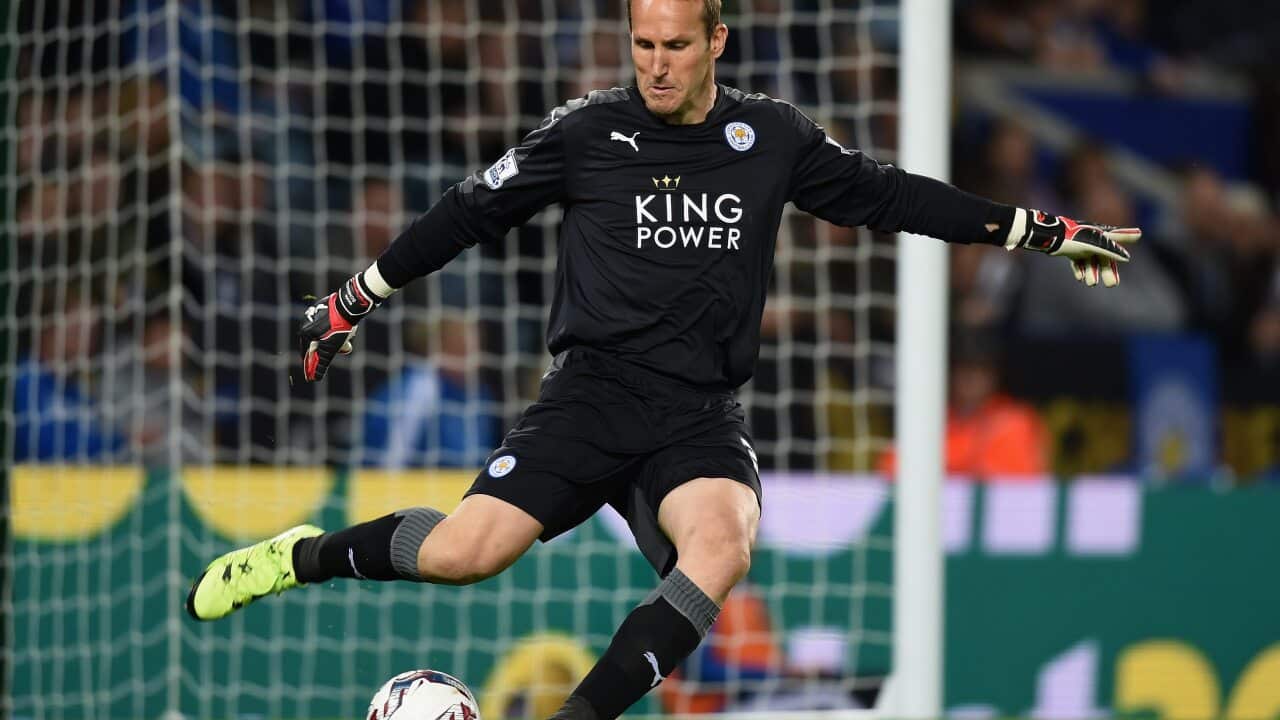 Save for the evergreen Tim Cahill, the rust-resistant goalkeeper is the last of Australia’s golden generation still active as a professional, and at the age of 43 and 99 days, Leicester City’s No.2 is on the cusp of being crowned the oldest player ever to appear in England's top flight.

If Schwarzer, who hung up his Socceroos gloves after claiming 109 caps in 2013, makes a Premier League appearance after 16 March, he will eclipse the record set by John Burridge, who was keeping goal for Manchester City in 1995 at the venerable age of 43 years and 162 days.

Despite being close to creating history if Foxes first choice Kasper Schmeichel falls foul of injury or suspension, Schwarzer isn’t one for metrics, stats or records.

Schwarzer has been a study in longevity during a career which has taken him to Bradford City, Middlesbrough, Fulham, Chelsea and of course Leicester. That was after his formative years in Sydney with Marconi Stallions and Germany at Dynamo Dresden and Kaiserslautern.

What motivates him to keep making the journey from his west London home to the Midlands each day to train in rain, hail or shine, after more than 500 appearances, is simple.

"You are a long time retired," Schwarzer said.

"My teammates remind me all the time that I am the oldest player around, I get that stick almost every day. "If that’s all they have on me, then I am happy with that, they are only stating the obvious. So I am fine with that.”

As he is with unfancied Leicester's league position - the team which cheated the drop with a stunning late run last season sit an unlikley second halfway through the campaign, just two points off top spot.

Thanks to a religiously followed diet and rigorous training and stretching protocol which gives him the subtly of a ballet dancer, Schwarzer, who made six appearances last season, is staving off the corrosion of time to keep himself on standby for more career heroics.

He has yet to make a senior appearance this season, with Schmeichel in imperious form, but will be on the bench again for Thursday morning's visit to fourth placed Tottenham.

The two sides drew 2-2 with in the FA Cup at the same venue at the weekend and a Foxes win would take them back to the Premier League's summit if Arsenal fail to overcome Liverpool at the same time.

Schwarzer has a contract until the end of the season and is placing no limits on how long he might continue to rage against the dimming of the light.

“At this stage in my career, like it has been for the last four or five seasons, it has been a year to year thing," he said.

"I just want to enjoy things for as long as I can, and play the part I need to play between now and the end of the season, whatever that is.

“I feel very good, and I am sill get pleasure from playing, or being involved at least, at the very highest level.

"As long as that's the case, I will continue for as long as possible."