Josep Gombau has revealed his self belief - and belief in his system - has never wavered as the stylistic changes he has wrought at Western Sydney Wanderers begin to deliver dividends. 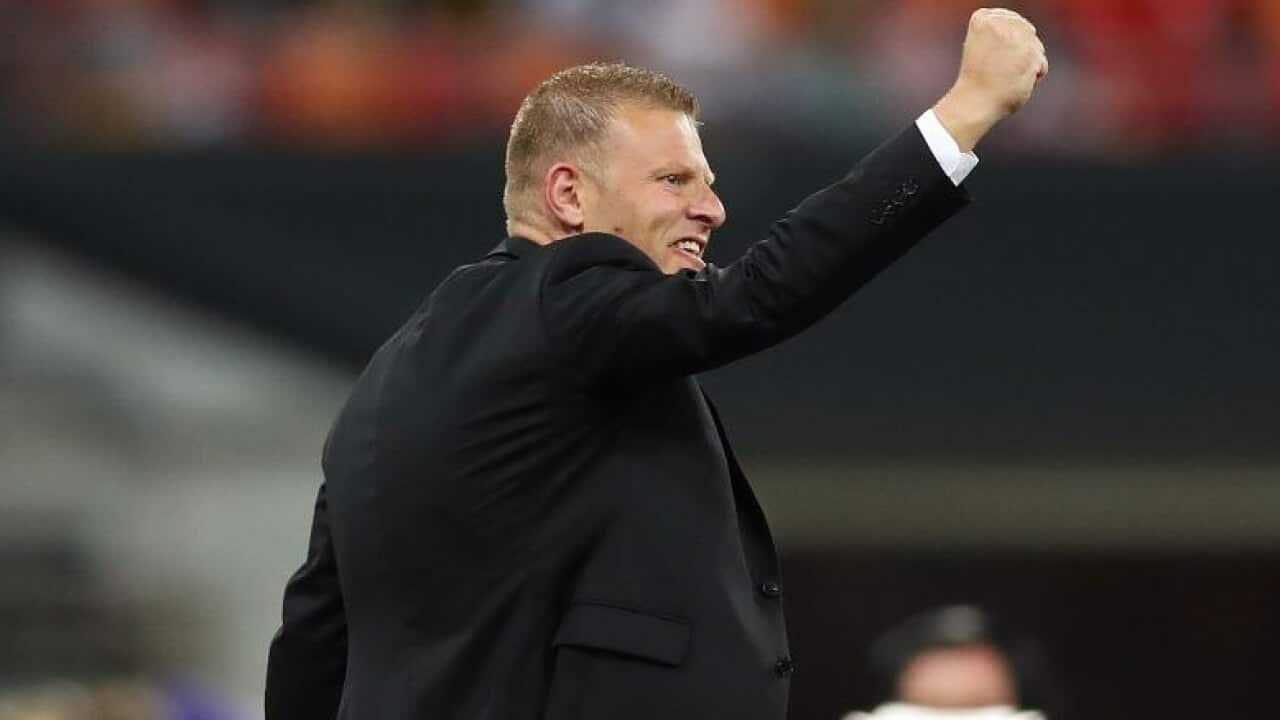 It's been a painful four-month transition from Tony Popovic's rigid, structured regime to the Spaniard's patient, possession-based approach.

But Saturday's 4-1 win over Wellington Phoenix looks to have all but cemented the Wanderers into the A-League's top six with four regular season rounds remaining.

The result was a mini-milestone on a journey in which the Spaniard has had to balance radical restructure with the nitty-gritty of chiseling out results.

He admits it hasn't always worked - as was also the case early in his previous reign at Adelaide United.

But perseverance paid off there as he built an FFA Cup winning team, which went on to to clinch the A-League championship for his compatriot - and former assistant - Guillermo Amor after he left South Australia.

And all that was after winning just one game of his first eleven in charge at Hindmarsh Stadium, amid question marks over his methods.

But when you learn your craft working with creme-de-la-creme of kids at Barcelona's famed La Masia academy, it takes more than the odd shaky start or two to shape your football philosophy.

"I've never doubted what I'm doing here or my vision for this club," said Gombau, who cut short his tenure as Olyroos coach and Socceroos assistant to take on the Wanderland challenge after Popovic's eve-of-season exit.

"Time is always a consideration when you make changes to a playing system which existed before I got here.

"And getting results is always of great importance.

"So, you have balance those things and also follow the path which you want to take.

"It was never going to be simple, as maybe some people might have thought would be the case.

"And this is an ongoing project. The players were used to playing a certain way when I arrived, and were asked to play in a different style.

"It's similar to the construction of our new stadium, you have to build the foundations first and it's not a quick job.

"Changing the way a team plays is not so fast either."

Such was Popovic's pervading influence that not all those Gombau inherited easily bought into a more free-spirited approach which unleashed the creativity of players previously tightly bound to a strict protocol.

But in recent weeks that license to innovate has been embraced with a new gusto.

"I like to see that ... that way of playing with creativity and flair has always been my vision and nothing changes my approach to football," Gombau said.

"I will work this morning, tomorrow, next day and so on for the same goal.

"I think the direction we're going in will bring success to this club."

While there have been doubters as Gombau's revolution rocks Wanderland, players past and present - who have entered his gravitational field - have lauded the 41-year-old's man-management skills and the freedom of expression he affords his teams.

"Professional players must be able to take responsibility in their lives and, for me, it's not about always trying to control each detail of what they do," Gombau said.

"Obviously, if that trust is not respected then we have to talk and there can be consequences for sure.

"It's a similar situation on the field. I like to see players make their own decisions, and take some risks, within the patterns of play we set for them.

"They need that freedom to create things for themselves and for the team."

There have been suggestions Gombau, the polar opposite in manner and method to his often austere predecessor, gets too close to his players. But he begs to differ.

"Of course I want a good relationship with my players, so maybe in that way it's different to some coaches who might be more distant," he said.

"But, at the same time, I'm not out there socialising with them."

The arrival of winger Chris Ikonomidis - on loan from Lazio - has coincided with an upturn in fortunes for Wanderers, whose final four regular season games are all against finals rivals - Melbourne City, Melbourne Victory, Brisbane Roar and Adelaide United.

"We are pulling together as a club, and I have faith in my players," Gombau said.

"We are pushing towards the finals and while this is a time of change, I feel the team are adopting that change."