Adelaide United winger Craig Goodwin said while he and his teammates were happy with their five-game unbeaten streak they should have done even better and picked up five straight wins instead of mixing in a couple of draws. 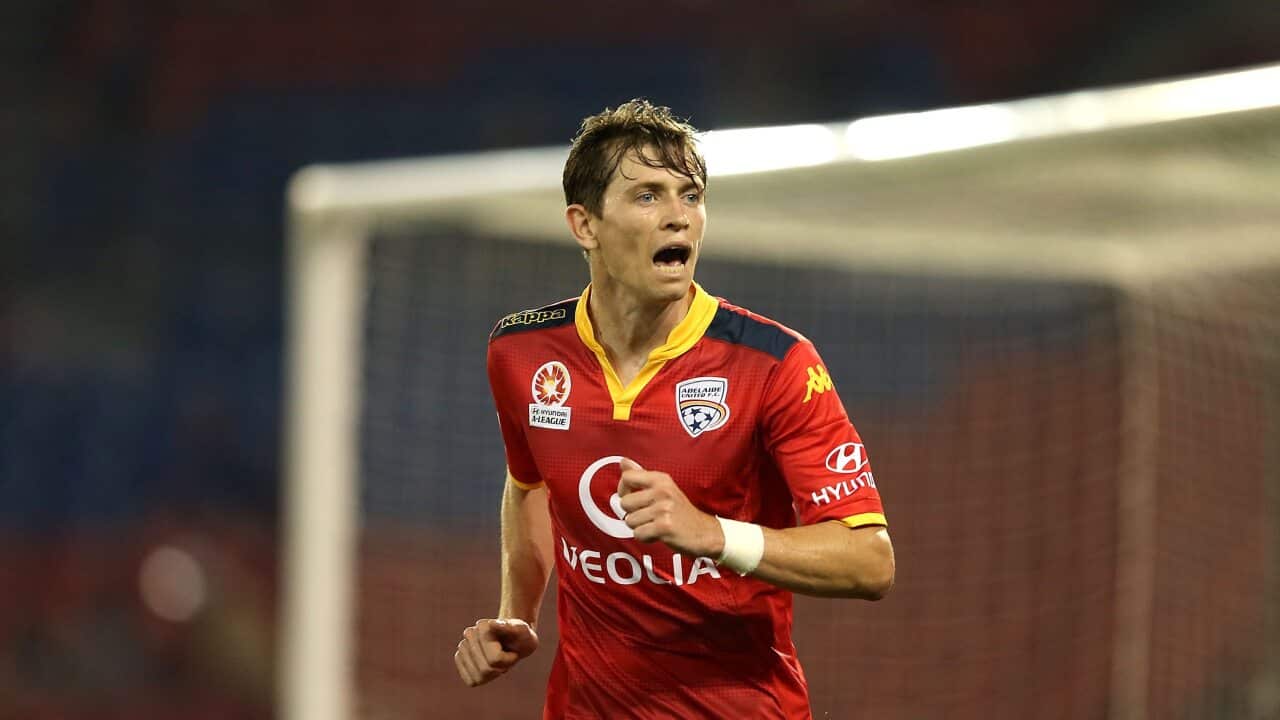 After a poor start to the season during which they registered three draws and five losses in the first eight rounds, Adelaide have gone win, win, draw, win, draw to get back into the reckoning for the top six. They are in seventh place, just one point behind sixth-placed Wellington Phoenix.

But Goodwin told The World Game goal-less draws against Newcastle Jets in round 11 and Western Sydney Wanderers last weekend could have both easily been wins, to go with their successes over Perth Glory (1-0), Sydney FC (2-1) and Wellington Phoenix (3-0).

"We could have easily had five," he said. "We're happy about our recent form, but all of our wins have come at home and we could have done better away.

The turnaround in Adelaide's record of goals for and against tells the story of just how much better the team has gone about things in the last five rounds.

In the first eight rounds, Adelaide scored seven goals and conceded 17. In the last five rounds, they have scored six and conceded just one.

"We've been better in all areas," Goodwin said. "Defensively, we've been very strong. Attacking-wise, we've been creating plenty of chances.

"We had a number of chances in the game against the Wanderers, who have a high-quality defence, so coming into our next game against Perth away we'll have plenty of confidence.

"We have to control the game similar to how we controlled our last game against Perth and defensively we have to be how we've been for the last few weeks. If we can do that I think we can pick up the three points - as long as we do a better job of taking our chances on the road."

Perth are coming off a 2-1 away loss to Brisbane Roar going into their clash with Adelaide at nib Stadium on Saturday.

Glory have gradually improved recently and had a three-game stretch without defeat, recording a win and two draws, before losing to Roar.

Perth are in ninth place, two points behind Adelaide, and are bound to open up conservatively, with the aim of proving hard to break down while hitting on the counter-attack. United are set to pressure their opponents, with the aim of trying to do a better job of scoring on the road.

It would be easy for Goodwin to make excuses for Adelaide's early-season results and say they were never far off the pace and just needed their luck to turn, but he admitted there were key things they had to fix before they finally began to turn their results around.

At one stage, there was a four-game stretch in which Adelaide were beaten by at least two goals each time and conceded 14 goals in the process, but they have tightened up enormously since then.

"I think, 100 per cent, there were some things we really had to work on," Goodwin said. "It isn't good enough when you're conceding that many goals and obviously not scoring enough at the same time to cover that.

"There were times during that period when we pretty good as well, but there were plenty of things to work on.

"It was a consistency thing. We lacked consistency, but we've developed some consistency again now. Our results are getting better and our confidence has improved along with the results and we're looking forward to every challenge as it comes along."