Australia's Craig Goodwin has produced a man of the match performance saving Sparta Rotterdam from relegation after a 3-1 win over Go Ahead Eagles confirmed their place in the Eredivisie next season. 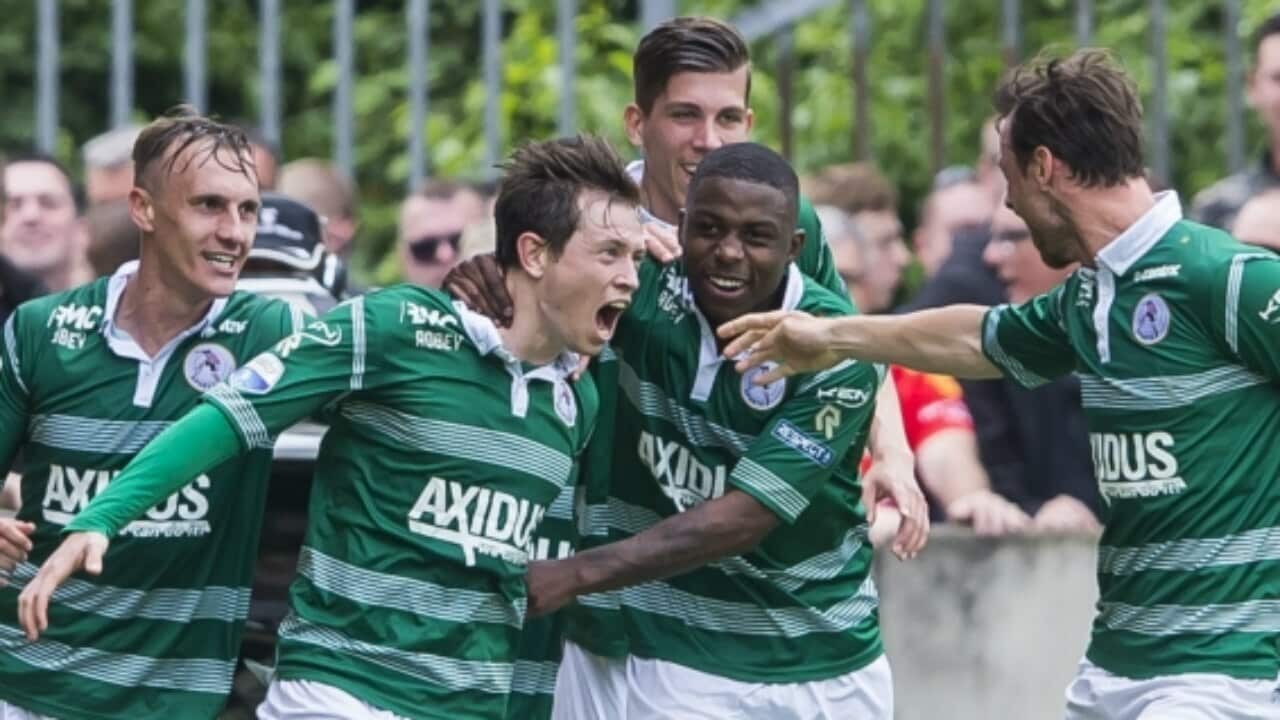 The former Adelaide United winger will go down as a Sparta hero as he set up the first two goals before sealing the vital victory with a smart free-kick in the 89th minute.

The 25-year-old actually started the match on the bench, coming on just after half-time, with his side needing a victory, as well as other results to go their way.'

With the scores locked at 0-0, Goodwin delivered a dangerous free-kick from the right that was nodded home by Martin Pusic.

Just nine minutes later, Goodwin whipped in a cross from the left that was toe-poked home by Pusic making it 2-1.

News was filtering through that relegation-rivals Roda JC were 2-0 down at Vitesse meaning Sparta would be safe if they were to hold on to the lead.

Goodwin stepped up to settle the nerves of the travelling fans with a smart free-kick into the bottom far-corner in the 89th minute to seal the 3-1.

The young Aussie has had a mixed first season with Sparta - scoring four goals, producing six assists in 26 appearances predominately off the bench.

The win means Sparta will play back-to-back seasons in the Eredivisie for the first time since 2009.

The goal is Juric's eighth in 31 appearances as Luzern continue their push for a Europa League spot.