Adelaide United winger Craig Goodwin has revealed he knocked back a recent offer from the Chinese Super League with his eyes firmly set on a playing career in Europe. 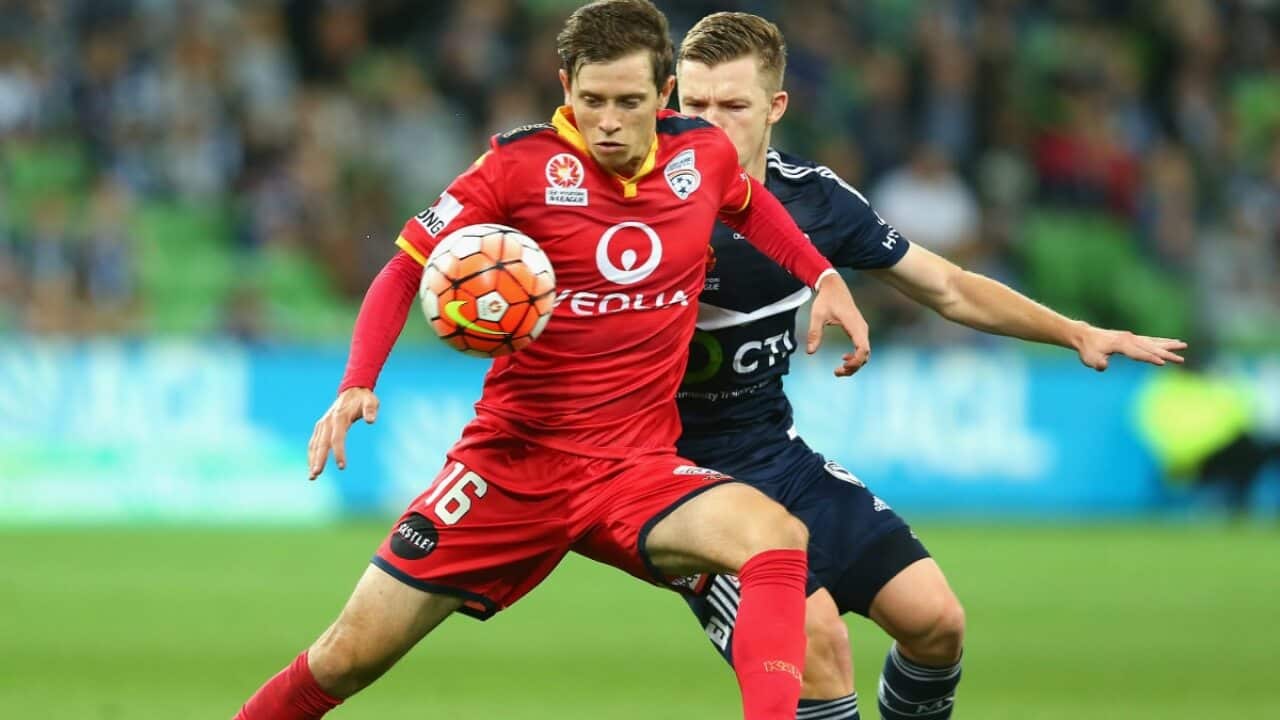 The 24 year-old is currently fielding ‘a good amount of interest’ from several overseas clubs with his contract at United due to expire on 1 June this year.

“When my agent told me about a possible move to China, I pretty much thought about it for ten seconds and said look it’s nice to have that interest but I really want to try and progress to Europe.”

“With the season I’ve been having so far, I’ve been doing really well. Obviously I need to continue doing well to turn that interest into an offer but the main reason for why I knocked it back was because I want to chase my dream.’

Advertisement
While the South Australian club are reportedly eager to secure Goodwin’s signature, the talented speedster is yet to decide on his future in the A-League.

“I have thoroughly enjoyed my two years at Adelaide and if I was to play here for longer, I’d be very happy to do so. For me, I’ve just turned 24 in December and in terms of going over to Europe I don’t think there are too many windows of opportunity for that.

“If something comes up in the near future then I think it’s safe to say that I would definitely snatch that opportunity.

“Hopefully we can get an offer in the off season and go from there. At the moment, I just have to keep focusing on Adelaide and keep playing well and trying to do the job for the team here.”

Following a string of outstanding performances lately, Goodwin has also established himself as a strong candidate to feature in the Socceroos upcoming World Cup qualifier against Tajikistan in Adelaide.

“It’s something that is in the back of my mind at the moment but I know that the only way I am going to get there is by focusing on Adelaide and having good games and being consistent.

“From there if the Socceroos call-up comes, obviously I’d be very ecstatic with that.”

With Tommy Oar yet to find a club and Robbie Kruse struggling for game-time at Bayer Leverkusen, the only other tried and tested option available to Postecoglou is Matthew Leckie who has notched up regular game-time with Ingolstadt.

Finding a consistent left-back in the current national team squad has been problematic for coach Ange Postecoglou and Goodwin’s versatility could see him play on either the left or right-wing and in defence.

“This season I’ve played a bit on the right-wing which I’ve definitely enjoyed. I think it’s added a bit extra to my game being able to play on both sides of the wing, which has been good.

“100% Guillermo Amor and all the players in the team have helped take my game to another level compared to the previous seasons which I am very thankful for.”

Goodwin was previously a part of the Socceroos set-up under Holger Osiek in 2013 where he played two games but hasn’t appeared in the side since.

“We are looking at all players all over the world and Craig has certainly shown good form in recent weeks in the A-League,” said Postecoglou.

So far this season, Goodwin has scored four goals, been credited with two assists and ranks in the top five across the A-League for the most crosses delivered.

After suffering a nasty knock to the forehead in the 90th minute of the Reds’ match against Melbourne Victory, Goodwin resumed light training duties this week but tomorrow will be the real test as to whether he’ll be fit to start against Brisbane Roar on Saturday.

“To be able to play on Saturday, I have to pass each session without feeling any symptoms of headache or dizziness.”

“I haven’t really felt anything in terms of when I am running or anything like that. The lump has gone down and my eye is a bit bruised and around that area.”

“It was kind of funny as well because at the time, I didn’t know we’d scored. It’s not great to be concussed but apparently I was celebrating and giving the boys high-fives in the change-room and taking photos which I have no recollection of whatsoever.

“I am just thankful that the injury wasn’t worse than what it is.”