Perth Glory captain Rostyn Griffiths expects the increased pressure of home expectation will bring the best out of an ambitious club that are chasing a maiden A-League championship. 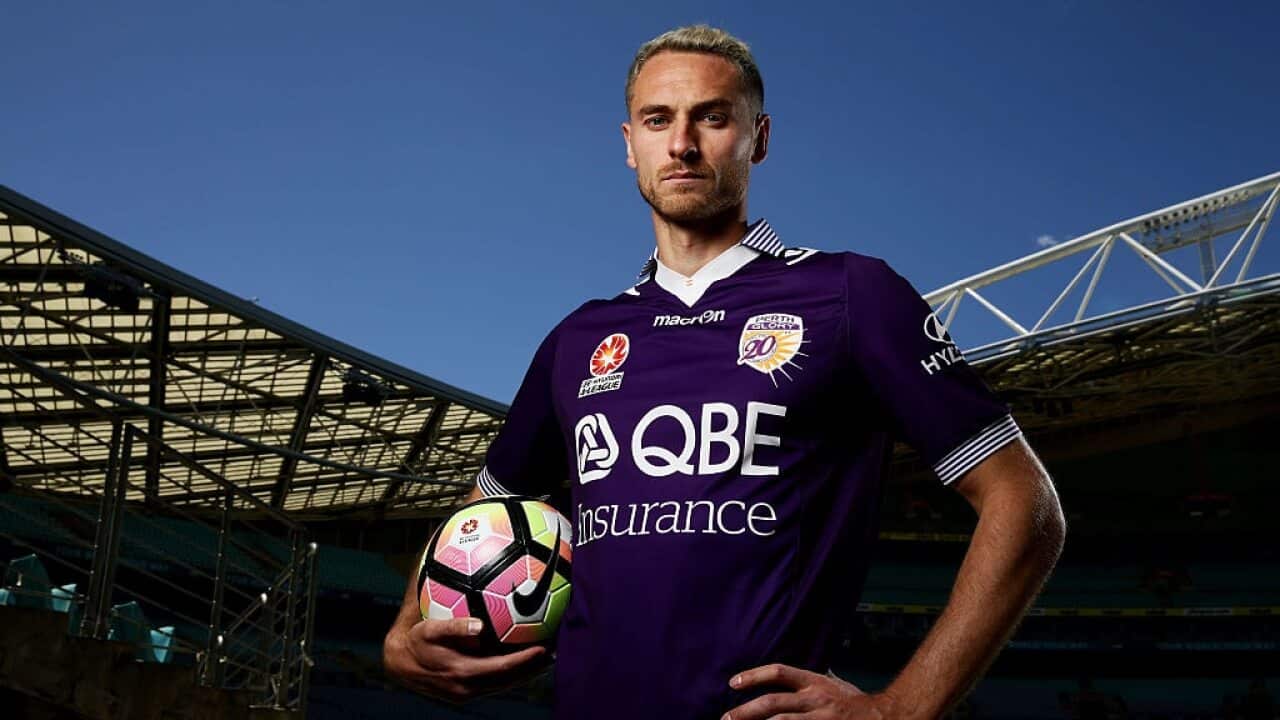 Griffiths has rejoined Perth on a two-year deal after a stint with Roda JC in the Eredivisie in one of a several major signings by the West Australian club that is hellbent on celebrating the 20th anniversary of its foundation with the elusive championship.

Apart from Griffiths, coach Kenny Lowe has acquired the services of defender Rhys Williams and striker Adam Taggart, who are both Australia internationals, and may have engineered a coup by retaining Spanish star striker Diego Castro, who left a most favourable impression in his first stint in Australia last season.

Advertisement
Perth's impressive roster has made them genuine favourites for the championship and it's a scenario that suits Griffiths to a tee.

"It is a nice change for Perth," Griffiths said at the launch of the 12th A-League.

"I don't think many fans expected much from Glory in the past. It's probably a good change and we are quite happy to piggy-back because with expectation comes a level of responsibility and professionalism that the boys bring to it.

"That's something I've definitely seen in the pre-season. The boys have stepped up to the plate and done the right thing off the park because they realise that we have a very competitive squad and a lot is expected from us by the people, especially those in Perth.

"This extra pressure of home expectation we're under might just do the trick for us. I don't like being the underdog. I want to be the team everybody tries to beat because that brings certain things to a game.

"We have a few real characters in our squad: I want to call them proper footballers who are winners and who stand up when it's needed."

Perth are also fortunate to have 14 West Australians in the squad, which is very unusual in this modern day and age when players go to the ends of the earth to further their careers.

"In a salary-cap league it is good to keep local players because it costs you less for a start," he said.

"I think what the club have done is the smartest thing. Even if it brings an extra passion and motivation because you would not want to go out there in front of family and friends and not play well.

"The people of Perth will take to having local players representing their team.

"Hopefully that brings people to the stadium. We've got some top foreigners too so I hope that will get the fans rightly excited."

Griffiths, who was born in Stoke-on-Trent, considers Perth as his home town and feels good to be back after spending two years with Guangzhou R&F in China and Roda in the Netherlands on either side of a season with Perth in 2014-2015.

"Perth is my home town, I've been overseas for a few years and I hope to bring back some experience so I'm super excited to be back and playing for a good coach and with some of my mates," he said.

"All in all it's a happy feeling, my family are happy, I'm happy so it's all good.

"Being captain is extra special of course and I'm honoured but it could have gone to anybody really. To be honest there are some great leaders with strong personalities in the Perth dressing-room."

So is this going to be the season in which Perth finally break their A-League drought?

"We all hope so. As I said before if you look at the quality of every squad this season it is going to be really hard to pick. It probably is one of the most exciting and highly anticipated seasons to date," he said.

"For us in Perth this is a positive year being our 20th anniversary.

"We have a really strong squad and we are not going to let this season pass us by. We are going to give it everything we've got."

Griffiths is essentially a defensive midfielder but he will always relish the opportunity to go forward.

Lowe is expected to use Griffiths as a central midfielder in a 4-3-3 formation.

"We have tried a few different things in pre-season. One of them has me as a defensive midfielder and another allows me to be more attacking, which I like. It all depends on who I'm playing next to, I suppose," he said.

"Regardless of where I play the fans can expect an attacking brand from Perth Glory this season, especially at home.

"We have many attacking players in the squad but the good thing about Perth is we can be versatile. We will be strong defensively and we will be direct when we need to be.

"It is important that we take the home mentality to our away games. Obviously when we play Brisbane at Suncorp and they have 95 per cent possession we would have to relax our attacking instincts and be a bit more careful."

Perth are at home to Central Coast Mariners in their first A-League match on Saturday night.