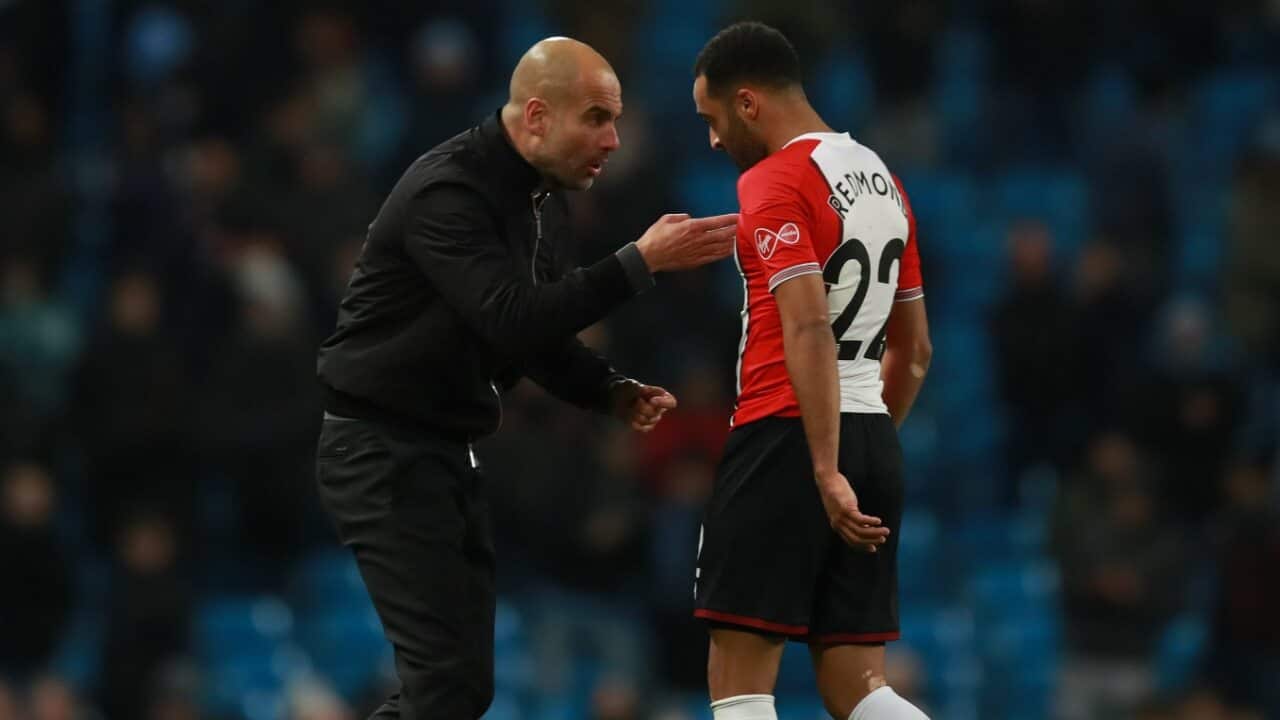 With Guardiola's players celebrating their victory on the pitch shortly after the full-time whistle, the Spaniard walked straight up to Redmond and, after a brief handshake, began to exchange some angry words with the England international.

"No discussions," Guardiola said of the incident during his post-match interview on Sky Sports.

"We just talk about how good a player he is and how quality he is (sic).

"Redmond and Sofiane Boufal are players who today just defended, but they are players with a lot of quality."

Manchester City will next face West Ham United on Monday (AEDT), while Southampton travel to Bournemouth.