Manchester City manager Pep Guardiola displayed a touch of class as he offered up a heartwarming gesture to Bournemouth midfielder Harry Arter. 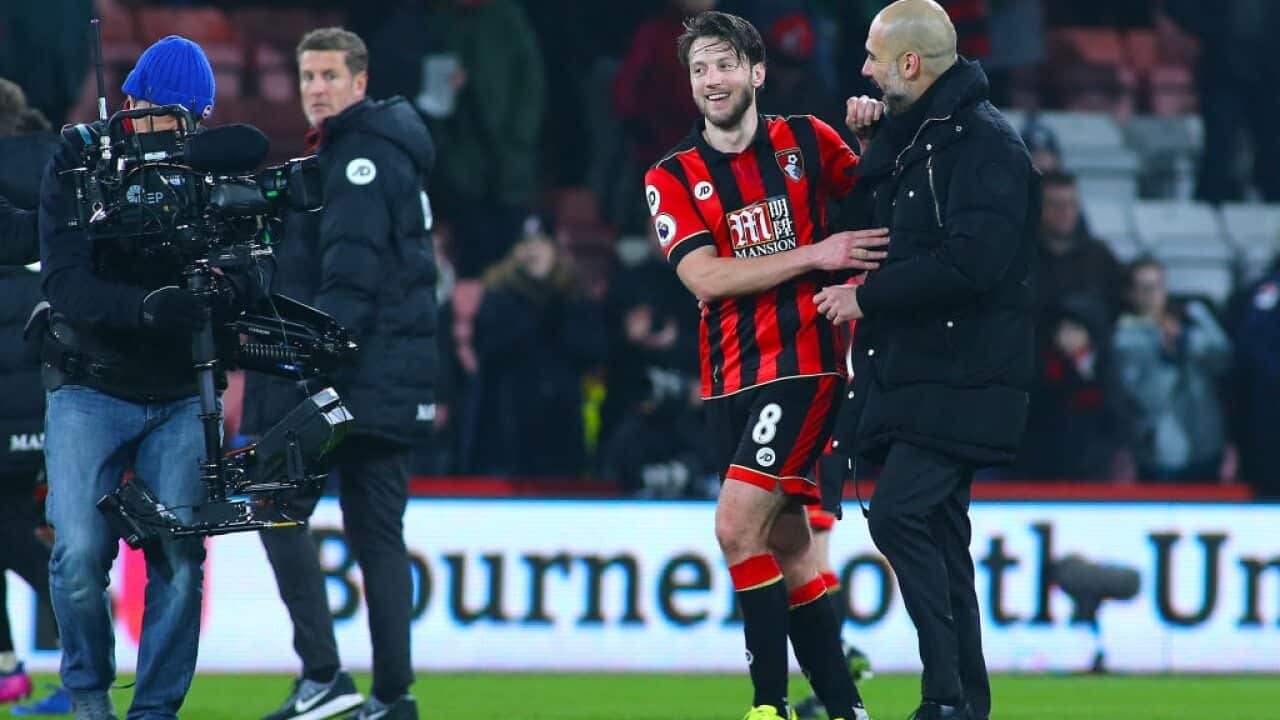 After City's 2-0 win against Bournemouth Guardiola approached Arter to wish well for the upcoming birth of his child.

Arter and his fiancee Rachel suffered the devastating loss of their daughter Renne when she was stillborn in December 2015 and are now expecting another child in the next few days.

Cameras captured the moment when Guardiola went over to Arter after the final whistle and appeared to say: "I'm so sorry for what happened, I wish you all the best".

Advertisement
Arter was clearly touched by the comments tweeting his appreciation and revealing what the City manager said to him in an interview afterwards.

"He offered his best wishes for me and my partner this week, which was an unbelievable touch," Arter told the Daily Echo.

"He is someone I have a massive amount of respect for. I watched his Barcelona teams - and look at his Manchester City side tonight.

"For me, he is the best manager in the world. I don't think there's anybody close to him and what he has achieved.

"For him to offer that to me, I respected it and accepted it with a smile on my face."

Meanwhile, Guardiola commented on the moment during a press conference after the match.

"He will be a father soon so I said big congratulations to him and his partner because I know what happened in the past, and, hopefully, the baby will be well," he said.