Pep Guardiola will tweak his line-up and tactics to ensure that he returns his side to winning form against Everton after suffering his first defeat with Manchester City. 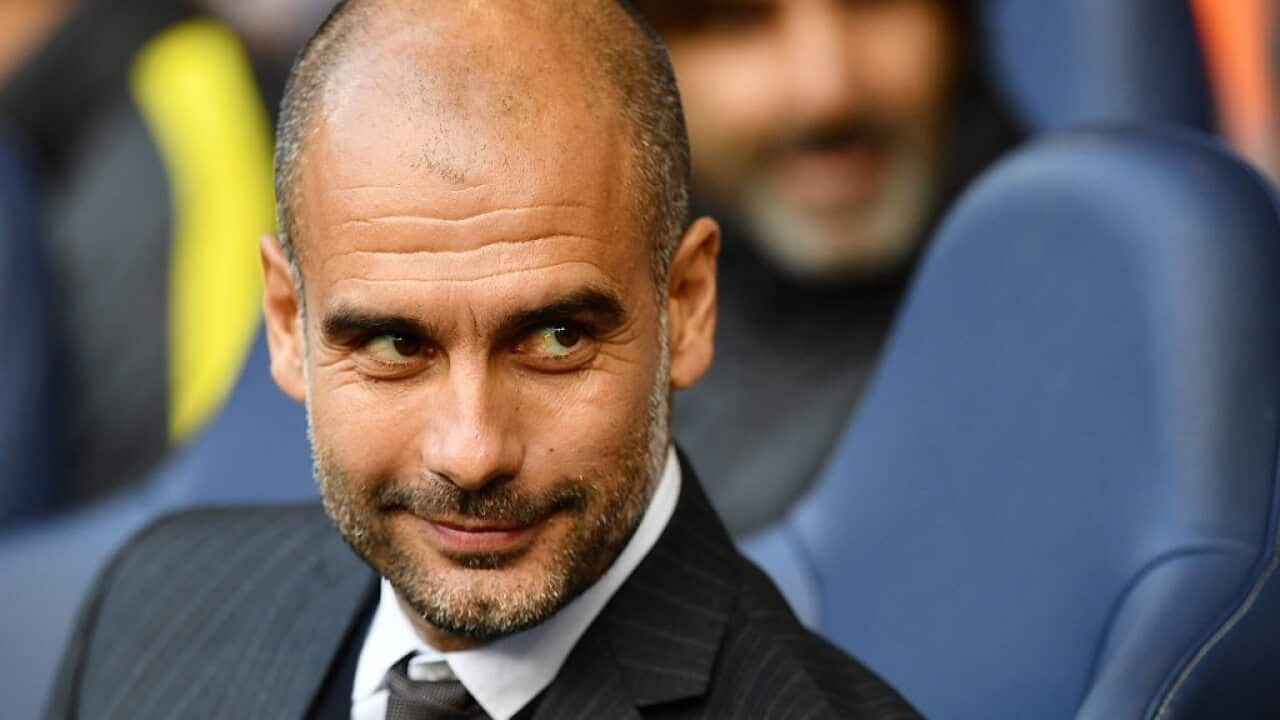 Catch Manchester City v Everton live, free and in HD on Sunday morning (AEDT) from 12:30am.

"Pep Guardiola bans WiFi!” screamed an excitable headline in The Sun this week.

Advertisement
In a bizarre and twisted nutshell, that line sums up the impact Guardiola is having on English football right now. The press, and the public, are in the midst of a messianic obsession.

The truly weird and wonderful, like keeping the players offline, or banning “pizza, juice and extravagant haircuts”, gets as much tabloid coverage as domestic politics. Actually, it gets more. Way more. As the old saying goes, Pep sells.

Even the mighty Wall Street Journal sent a reporter to White Hart Lane last week just to check on how much talking Guardiola did during a match.

Quick spoiler: they tallied he spent 52 minutes and 35 seconds “stalking the touchline” and that he made 25 verbal interjections.

“In some cases, he instructed a player to shift position by only a step or two,” the article read. “At other times, he entirely reconfigured the midfield by making a diamond shape with his fingers.”

It is mesmerising to watch from outside: a nation that holds dear its football self-belief is bowing at the altar of a renegade Catalan, whose foundation club bears a St George’s Cross on its crest. Maybe football really is coming home.

Heading into this Saturday night’s clash with Everton, City have won six and lost one, scoring 18 and conceding seven, to sit atop the English Premier League with the best goal difference. A beautiful set of numbers.

But it was that very visit to Spurs which marked the first stumble Guardiola has made since assuming his post at Manchester City. He’s had an entire international weekend to think about the defeat.

Hunted by the softly-spoken but supremely confident (and supremely talented) Mauricio Pochettino, Tottenham hounded City from the start.

There has been much salivating in these parts from that same media - equal parts sycophantic, equal parts hysterical - about whether a chink has been found in Guardiola’s armour.

Brazil and Real Madrid coach Vanderlei Luxemburgo was the first to twist the knife this week.

“He is more about marketing than being a coach,” he told Fox Sports Brazil.

“Guardiola won a lot of titles with Barcelona but then Luis Enrique arrived and he won the same. Guardiola went to Bayern Munich, he prepared, he learned the language and he didn’t achieve the same [as Jupp Heynckes], who won the treble at 70 years old.”

Yet this is nothing new. Such attacks on Guardiola are like clockwork - and come as regularly as the idea that his idealised football has an obvious kryptonite.

It has been the argument for almost seven years (and across three countries) that hardcore pressing is the most effective way to blast a hole in the tika-taka.

In fact, there is no doubt that pressing probably is the best way to defeat it - it’s just so hard to pull off.

Defending for ninety minutes is almost impossible. Physically, players get worn down. Mentally, they get exhausted. It only takes one lapse for a press to turn into a mess. A single player out of position and you’re already a goal down. Game over.

Some clubs have managed it against Guardiola-coached sides but the examples are memorable because they are in the minority.

Guardiola will tweak things going into the Everton match because it makes sense to do so - not out of some fear of being worked out. He'll have seen some concerns against Spurs - the lax efforts in the front third especially - but nothing cataclysmic.

For starters, Kevin De Bruyne is fit again after a hamstring strain and would appear a critical player to bring back in, especially with Jesus Navas’s meandering form.

Ilkay Gündogan would seem a lock to replace Fernando, who was tortured against Tottenham in central midfield.

Everton made a flying start to the year under new boss Ronald Koeman but a draw and a loss in back-to-back matches has shunted them down to fifth.

Motivated as the Toffees will be to get back on the winners’ list at the Etihad, Koeman knows his old Barcelona teammate too well. Guardiola is never on the losing side for long.