Disappointed Central Coast goalkeeper Ivan Necevski says he was shocked to be dumped to the bench last week, believing it was the club's way of telling him he won't be offered a new contract. 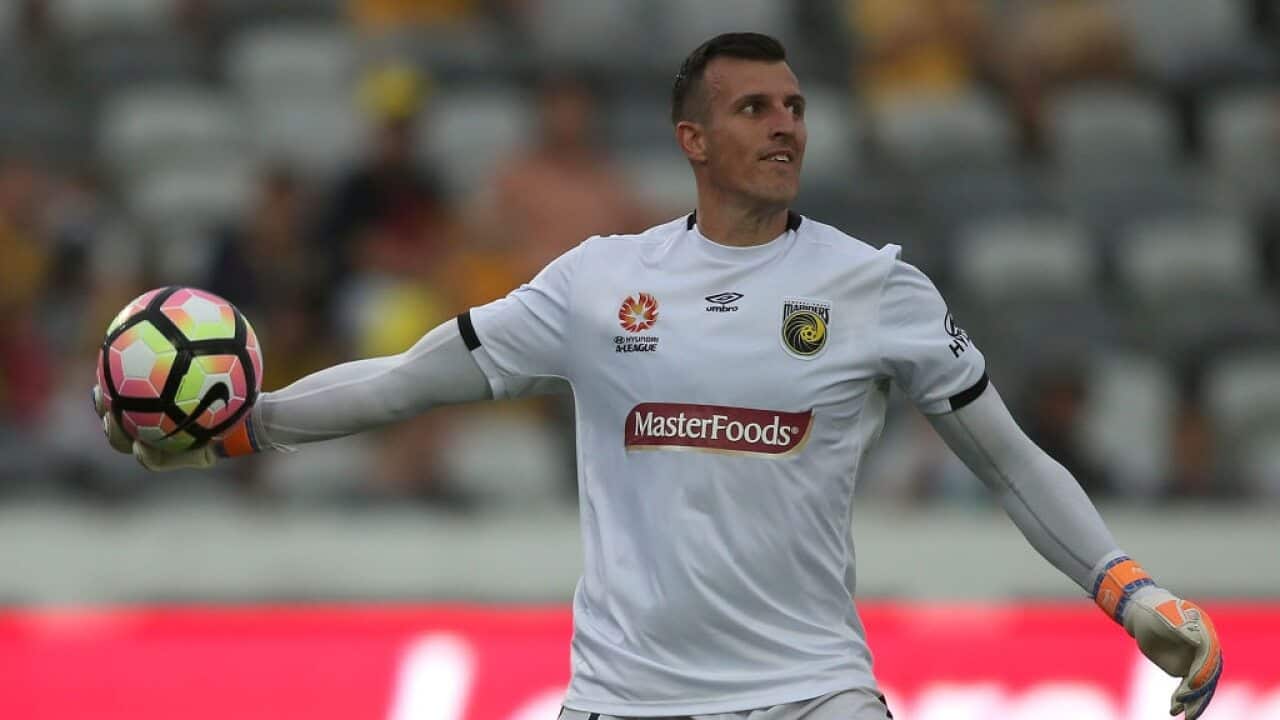 Having only made three starts this season, Necevski had come back into the side in round 23 against Sydney FC for the suspended Paul Izzo and had kept the spot for the following two games.

But with the wooden spoon looming coach Paul Okon went for Izzo in the "desperation derby" against Newcastle Jets last week, which the Mariners won 2-0.

Necevski, who signed with the Mariners in June last year, is off contract at the end of this season and desperate to stay at the Central Coast, but fears the club have already made their decision.

Advertisement
"After a decent performance from myself for the previous two or three weeks I'd sort of been waiting for the club to give me an answer," Necevski told The World Game.

"I love the people here and I'd like to stick around, but I think the club gave me their answer by what happened.

"The coach told me just before the warm-up that I wasn't going to be playing. Obviously I was very upset considering I'm playing for a contract."

Izzo confirmed after the win over the Jets that he was leaving the club. Though it has yet to be confirmed, it is widely known he is headed to Adelaide United.

It was reported last month that goalkeeper Ben Kennedy would be joining the Mariners from Newcastle, leaving one spot for a senior goalkeeper open on the roster.

"Paul Izzo is, for me, the best young goalkeeper in the A-League and has had a fantastic season, but as it was the last home game and a massive derby we all wanted to play," Necevski said.

"It's clear Paul is leaving, so it's disappointing I didn't play, but that's football. It's a cut-throat business at the end of the day.

"I have worked hard every day and when I have taken the spot I have always given my best and performed well in what's the youngest back-line in the league."

Necevski, 37, has had A-League stints with New Zealand Knights, Newcastle Jets and Sydney FC before joining the Mariners this season.

The veteran said he was used to the ups and downs of football, but that he found his current situation hard to take, but still hopes to play on somewhere in the A-League next season.

"It is upsetting," he said. "This is my 10th year in the A-League and I thought people would respect you a little bit more and tell you what's going on, but you've just got to take it on the chin and move on.

"Considering the game-time I have had this year I think I've proved that even at the age of 37 I can get a game and battle with the best of them.

"I'm in the best shape of my career and there's no reason I can't keep playing in the A-League, so if it's not here at the Mariners then obviously we'll have to look at other options. We'll see what comes up."

The Mariners play their final game of the season away against Melbourne Victory on Friday.