Fringe Australia winger Ben Halloran isn’t sweating over making himself a fixture in the national team set up – insisting that his star will inevitably rise if he conjures “the waves of form” to warrant inclusion in the Socceroos' FIFA World Cup journey. 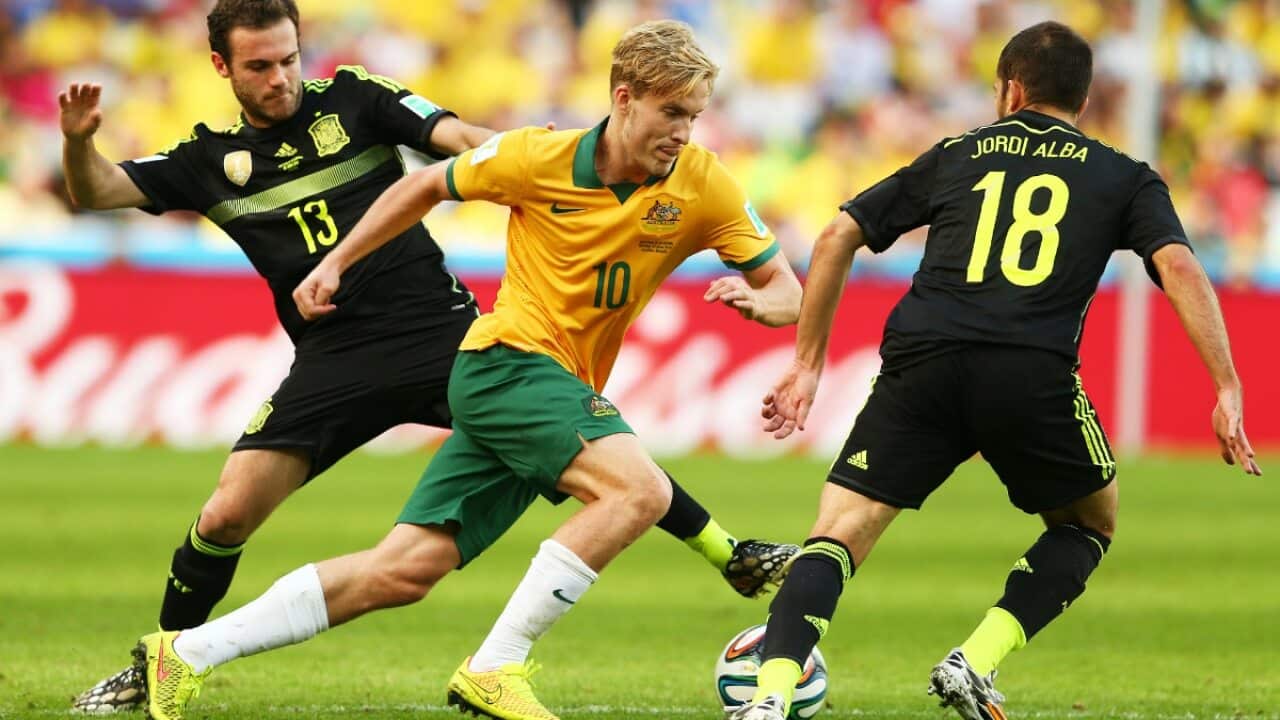 With coach Ange Postecoglou to announce his squad on Tuesday for this month's Russia 2018 qualifiers against Tajikistan and Jordan, the unsung Halloran has been quietly establishing himself as an important cog with mid-table 2.Bundesliga side Heidenheim.

Whether he makes the cut or not, Halloran, 23, will be neither delighted nor in despair as he chips away at success in Germany in the sizable shadows cast by fellow Socceroos Mathew Leckie, Robbie Kruse and Mitch Langerak.

“I don’t think about it (the national team) too much,” admitted Halloran, who burst onto the scene when selected for the 2014 World Cup where he came off the bench in Australia’s 3-1 opening loss to Chile.

Advertisement
“I am probably seen as a bit of a fringe player. Obviously I have to report to the physios and the doctors and that sort of thing.

"I am occasionally involved, but most of the time not, at the moment. Football is about waves of form and I am well aware that if I am playing here and doing well, I will be noticed.

"They are always watching the games, so if I am performing I will be rewarded with the national team.”

The 23 year old joined Heidenheim after scoring eight goals in 37 games during a two-season stint at Fortuna Dusseldorf, as the troubled club saw a conga-line of coaches come and go.

He is enjoying the stability and the opportunity to rebuild and re-calibrate as a regular starter at Heidenheim, the small town team which only won promotion to the second tier for the first team last season.

“It’s really nice to be part of a club that’s stable," explained Halloran, who is recovering from a recent brush with bronchitis which briefly floored him.

“Fortuna was a great club but every second week we had a new coach (six coaching changes, three technical directors and two presidents during his two years there).

“We have a good group of boys here and I am playing a lot more, which is what counts at the end of the day.

“I have come to realise that playing in Europe, like my agent (John Grimaud) said, is a marathon not a sprint.

"You have these form waves where maybe you are scoring each week and doing well and suddenly you are on the outer and not even in the squad. Dealing with that has been the biggest learning curve coming here.

“It hasn’t just been an upward rise. There have been plenty of ups and downs but at the moment I feel really comfortable at the club, and happy with where I am going.

“We are club consolidating in the second league … the level in this league is quality.

“I could liken it to the A-League in terms of physicality,” added the former Gold Coast United and Brisbane Roar winger.

“It’s a counter attacking competition … its high pressure, and a high tempo style. The quality of the squads run quite deep, which you don’t get so much in the A-League where there's a bigger gap between the best and worst player.”

With two years to run on his Heidenheim deal, Halloran is content to continue a progression he hopes might lead to the Bundesliga, at some stage.

“It’s definitely an option. If you can get on a run of form, score some goals and get some assists then you can catch the eyes of the right people.

"The amount of exposure you get in this league is good and the objective is to eventually get to the Bundesliga.

“But I am just concentrating on my next step and not looking too far ahead.”