Hart-break for Joe, Cech's car crash and 4 other takeaways from Round 1

Premier League football is back! We take a look at the big takeaways from Round 1 including Joe Hart's future, Petr Cech's crashed car and Brad Smith's predicament. 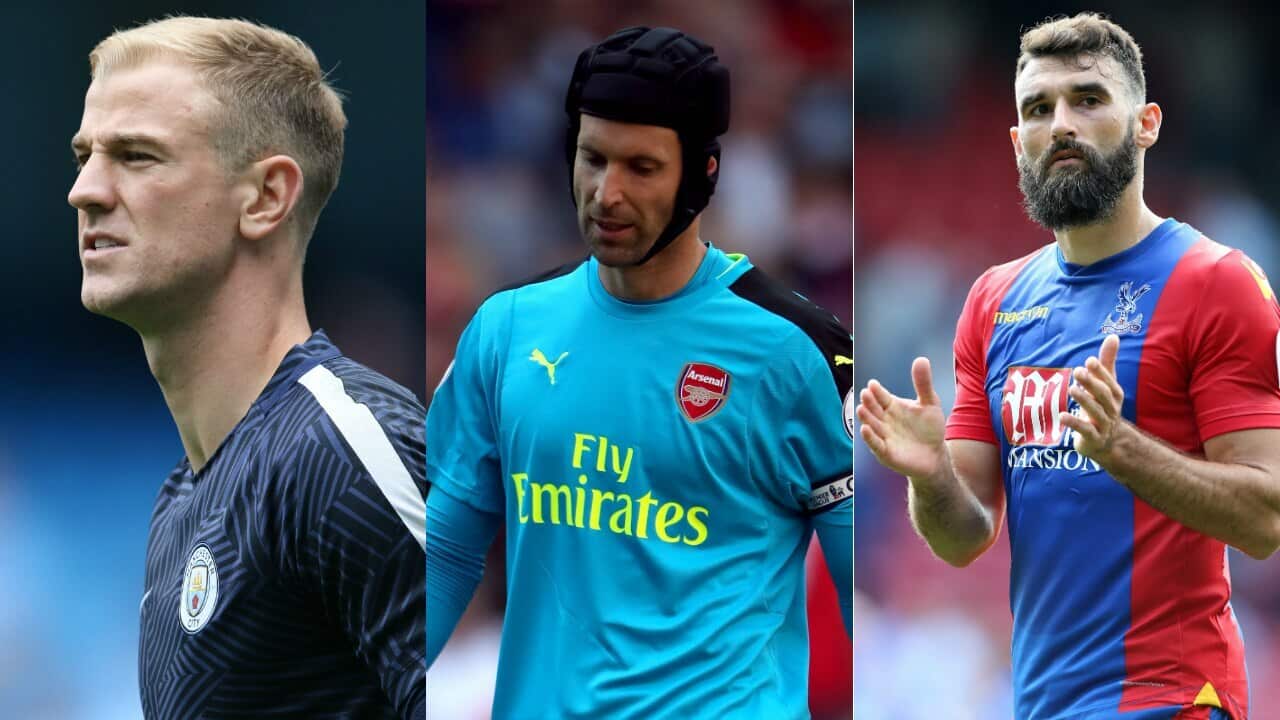 Let's start with a look at the Australians, Mile Jedinak was the only one of the four who saw game time. He produced a solid 90 minutes in a 1-0 loss to West Brom in what could have been his last match for Crystal Palace with a transfer to Aston Villa expected within the next few days.

As for the others, Adam Federici and Brad Smith were both left on the bench as Bournemouth went down 3-1 to Manchester United.


It'll be a blow to Smith that he didn't get the start at left-back as Eddie Howe chose Charlie Daniels ahead of the former Liverpool defender. Daniels put in a competent display and it looks like the 22-year-old Aussie will have to fight for his place after he made the move from the Reds looking for more game time.

It appears Joe Hart's 10-year career at Manchester City is over after new coach Pep Guardiola opted to start the previously much maligned Willy Caballero in goals for their 2-1 win over Sunderland.

Hart's form at EURO 2016 wouldn't have helped, but it seems an inability to play out from the back in a possession based system imposed by Guardiola is the chief reason for his ousting.

City are rumored to be close to signing Barcelona's Claudio Bravo, while Hart - who's position as England's number 1 now also looks in doubt - will look for first team football elsewhere.

Guardiola's ruthlessness in following his way was in full display on Sunday morning (AEST) when he decided to play Aleksandar Kolarov at centre-back, next to John Stones who had only joined City a few days earlier.

It wasn't the only thing that raised eyebrows - he played inverted full-backs and David Silva as part of a midfield two. Yaya Toure and Samir Nasri, once key members of a title winning side, didn't even make the bench.

For all the tactical invention, it was an own-goal that sealed the three points for a nervous City.


Costa charged up under Conte

If anyone thought Chelsea's Diego Costa might calm down under new coach Antonio Conte they were in no doubts after 60 minutes of the match against West Ham.


On a yellow card, Costa did not hesitate to leave his stud marks on West Ham's Adrian. Adding to the frustration of West Ham fans, the Brazilian/Spanish/International Villain scored an 89th minute winner.


There's been a lot of change in the Premier League this season; the logo, the coaches, the broadcasters but Costa's attitude remains the same.

Leicester get a wake up call

Prior to this shock 2-1 loss to Hull City, Leicester manager Claudio Ranieri said his aim was the same as last season - 40 points. The room of journalists laughed. Now it looks slightly more serious.

A miss-firing Jamie Vardy, combined with the noticeable absence of N'Golo Kante in midfield will have woken up all Foxes fans from last season's fairytale. Matches against Liverpool, Manchester United and Arsenal in the next five rounds will prove a great test of where Leivester will end up this season.


Ibrahimovic and Rooney: a beautiful partnership

Suggestions the signing of Zlatan Ibrahimovic would herald the end of Wayne Rooney's time as an attacking option for Manchester United were debunked on Sunday night as the star strikers combined perfectly in the Red Devils 3-1 win against Bournemouth. The pair both scored in the win and could become a prolific 1-2 punch up front for Jose Mourinho's side.

We've all had bad days at work, but Petr Cech conceding four goals before crashing his car exiting the stadium has got to be up there.

It's possible that Cech might spend more money at the mechanics than Arsene Wenger will in the next 15 days of the transfer window, much to Arsenal fans frustration.

A depleted Arsenal side's lack of depth was well exposed by Liverpool in the second half. A centre-back pairing of Callum Chambers and Rob Holding will not inspire any confidence in Gunners fans, who will be hoping to wrap up a deal with Valencia for Shkodran Mustafi who is understood to be the number one target.