Has the Robbie Kruse criticism gone too far?

Passion for the national team is one thing, outright abuse is another. And as the public lens narrows on Australia’s 2018 FIFA World Cup performances, some fans have found their scapegoat. 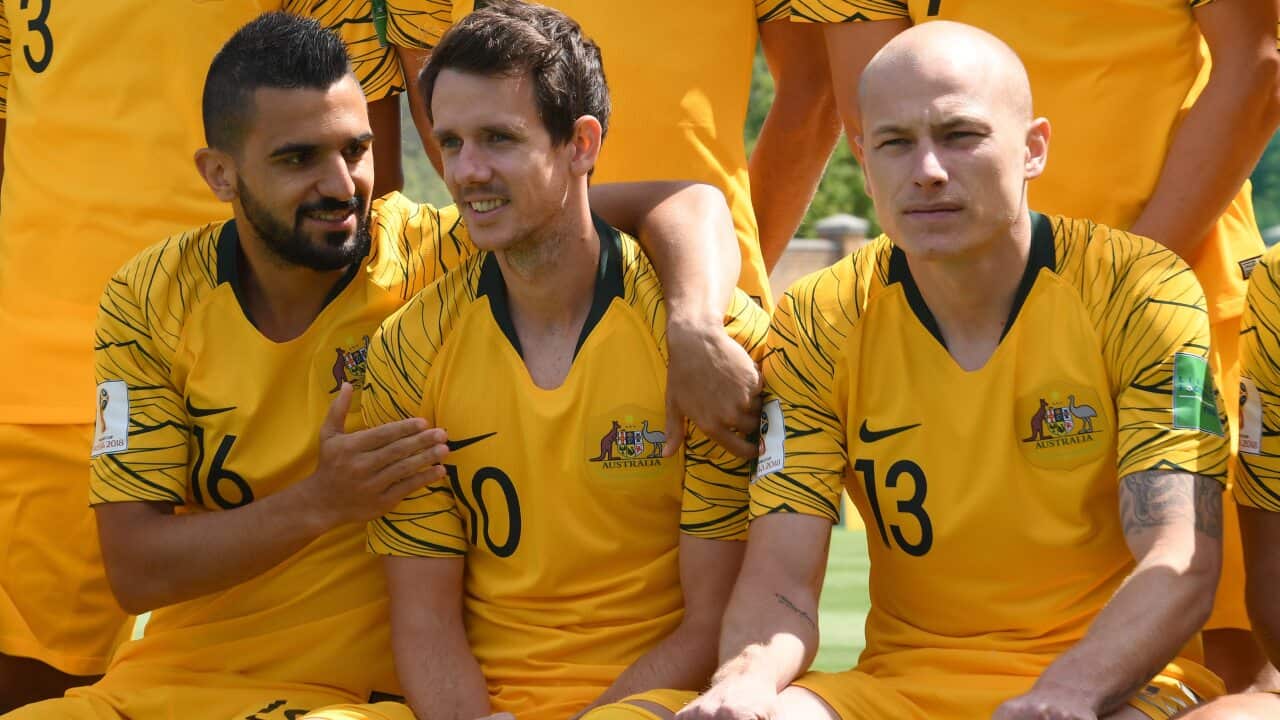 Robbie Kruse is unlikely to look back on this period in his career with much joy.

The 29-year old, with 66 international caps to his name, has entered a dark tunnel of sub-par form.

He’s not getting past players like he used to. The goals have dried up. A once-silky first touch has become heavy.

Advertisement
There’s no easy way to say it: when it rains, it pours.

And on social media, he, his teammates, family and friends are hearing all about it, again and again.

We’ve seen Kruse do the business for the national team before, which leads to one of two conclusions: he’s injured or he’s lost his confidence. Almost certainly, it’s the latter.

He’s still pushing hard, covering all the ground that’s required in this defence-first strategy from coach Bert van Marwijk. That’s why the Dutchman likes him.

But Kruse’s primary job isn’t to defend. He’s an attacker and, on his day, a damn good one.

As Mathew Leckie – who plays on the other side of the front three – reminded the press on Saturday, Kruse was good enough to play in the UEFA Champions League for Bayer Leverkusen just a few years back.

Perhaps that knowledge, too, is spurring the critiques. Where has that premium footballer gone?

Leckie launched a spirited defence of his close mate. Normally questions about social media trolling and the like are closed down fairly quickly but Leckie, and then Aziz Behich, took a big baseball bat and whacked back as hard as they could.

We now live in a world where the line between outright trolling and constructive criticism have been blurred.

In the digital age, everyone demands they are heard, no matter how much analysis they've given to the subject. And when groupthink catches fire – as is the case here – many feel that’s a licence to go as hard as possible.

Kruse might be a multi-millionaire and playing at a World Cup, but that doesn’t make him immune from this.

It’s often blown off as “banter”, but banter is friendly. This is not. It’s nasty.

Opinions can often get out of hand, especially when emotions are running as high as they are now.

Magnifying the issue is that after years of being unchallenged on the left, now there is an alternative in Kruse’s position. It’s the new darling of Australian football and a player who can do no wrong, Daniel Arzani.

The expectations on the 19-year old are truly crazy. And yet, when he so effortlessly breezed past Pione Sisto – the best player all match – against Denmark, it seemed all of Australia’s prayers had been answered. It also helped drive more heat on Kruse.

Fortunately, the Queenslander has a breezy, amiable personality, one that makes him popular among teammates.

He will be doing it tough right now but won’t be without ample support. And most importantly, van Marwijk has his back.

Of course, we want the nation to engage in healthy, robust debates about our national team and who represents us.

We should also ask, without fear, why certain players aren’t performing to their optimal levels.

But these guys really are giving their all.

They aren’t taking the you-know-what, which hasn't always been true with our national team.

Kruse may not be in career-best form right now but that doesn’t mean he’s not trying or has nothing to offer.

Besides, with everyone’s thoughts well known, now might be time for encouragement.

Tearing him down does nobody any favours – least of all the team that is still trying to keep our nation's World Cup dream alive.