The eternal source of frustration for Arsenal fans in the past decade comes down, almost exclusively, to two key words: “killer instinct”. 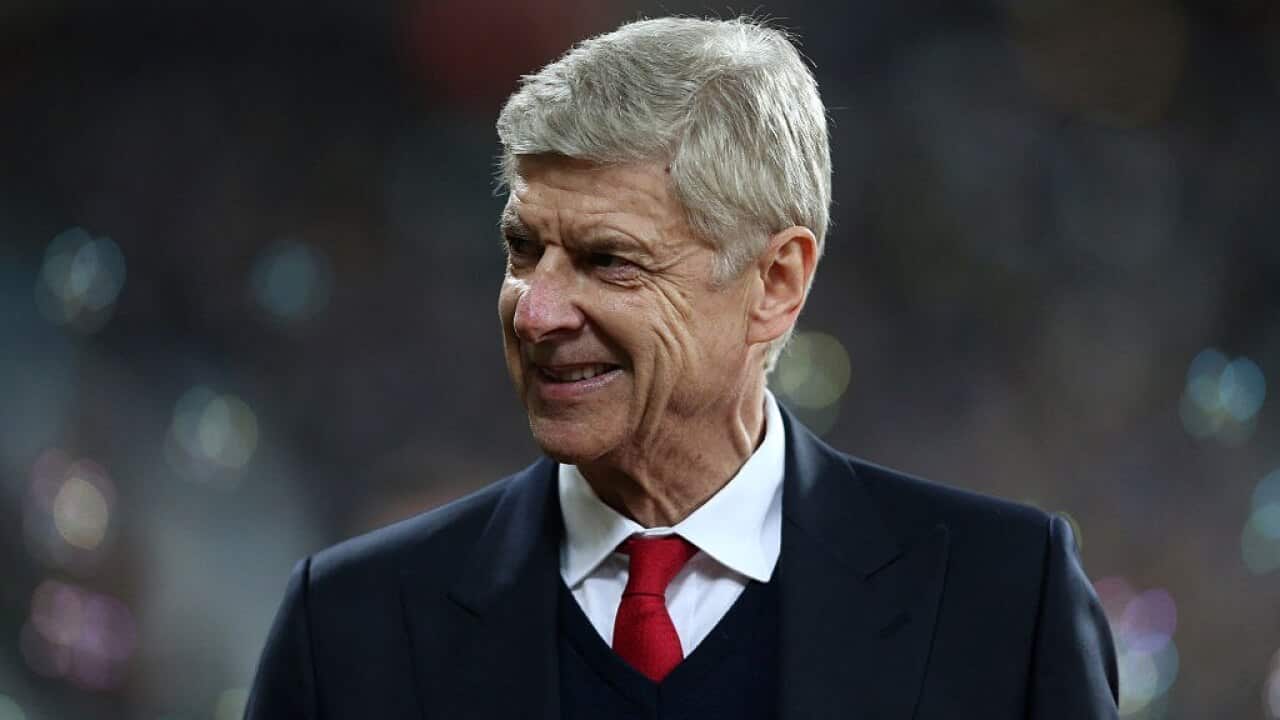 Mud sticks, particularly in football, and the idea that Arsenal play beautiful football without generating the end result has morphed into terrace lore.

That so-called “end result” isn’t just putting the ball in the back of the net, either. It’s about grinding out tough matches, not losing to lowly-ranked opposition and denying their higher-ranked opponents.

But the times could be a-changin’. There is clearly something to get very excited about.

Advertisement
On the back of a 13-game unbeaten run, and scoring eight goals in their past two fixtures, Arsenal sit second.

As they get ready to welcome Stoke to the Emirates this weekend (Live on SBS, 1:30am AEDT), it suddenly feels as though the stars are aligning for this under-performing team, especially in attack.

Alexis Sanchez is equal top of the scorers’ chart with 11 goals, including five in the past two matches. Mesut Ozil has emerged as the player everyone knew he could be, while the support cast is so strong that even Olivier Giroud can’t get into the starting side.

The rise of Alex Oxlade-Chamberlain has Arsene Wenger declaring him as the club’s most improved player, while Lucas Perez has Theo Walcott’s starting spot in his sights. A hat-trick in the UEFA Champions League against Basel midweek underlined the Spaniard’s quality.

Add Alex Iwobi into the mix, plus a soon-to-be-fit Danny Welbeck, and you can see why Joel Campbell had to make his sixth loan move in six years.

Last season did nothing to dispel the confirmation bias about the Gunners' fragility. Having overcome Leicester City 2-1 in that famous game at the Emirates, Arsenal should have gone on and won the title, with all the other big teams falling away.

Not only did they also fall away, but Leicester grew stronger. They seemed to have the very mental conviction that Arsenal have lacked ever since they left the intimidating Highbury to a gentler, softer world at the Emirates.

But with Christmas looming this year, Arsenal are yet again in contention. The question is whether they are holding on or genuinely mounting the challenge: the 38-game marathon that requires unbroken focus right to the end.

If you’re skeptical, you’re right to be. Last season they were placed even better, but failed. And in years before that, from similar positions, they’ve tended to fall out of the running not far into the new year.

But the stars may just be aligning for a tilt that extends all the way into May.

The statistics suggest there could be some serious momentum. With 33 goals in 14 games, it is the second most potent attack in the Premier League. With only 14 conceded, it is the third best defence.

Given defensive frailty and attacking prowess were the two things Gunners’ critics always pointed to in recent times, is this proof Wenger has got the balance right?

Normally, Wenger’s supporters will point to the team’s possession percentage and passing numbers as proof of why faith should be kept.

It’s true that those figures remain high this season - they average 55.3 per cent of possession (fourth-highest in the league) and 556 passes per game (third-highest) - but it’s not just tiki-taka in the midfield that makes them impressive.

Their record of nine wins, four draws and one loss suggests their concentration is improving. That sole loss, a 4-3 thriller against Liverpool, came on the opening day of the season. Perhaps it galvanised the group.

They’ve not conceded three goals again since. They’ve only conceded more than one goal once - a 3-2 win over Swansea. Concentration has clearly lifted among the rearguard.

Led by the excellent Laurent Koscielny and Skhodran Mustafi, with Nacho Monreal providing his class at left-back, plus great protection from Francis Coquelin,and suddenly their defence doesn't don’t seem so leaky.

Both Harry Redknapp and Jimmy Floyd Hasselbaink have been moved to comment on how good the Gunners’ back four have been, with the evergreen Petr Cech winning plaudits everywhere for his work between the posts.

Gunners’ fans - the eternal pessimists of the big six teams - will be the first to say we’ve been here before.

Maybe, but even they can't deny the dream is alive again.