Heat on Lowy ahead of meeting with owners

After a weekend of fan boycotts, the heat will intensify on Steven Lowy when the 10-League owners convene in Sydney on Wednesday seeking a clear vision from the new Football Federation Australia chairman on how he plans to solve game's current crisis of confidence. 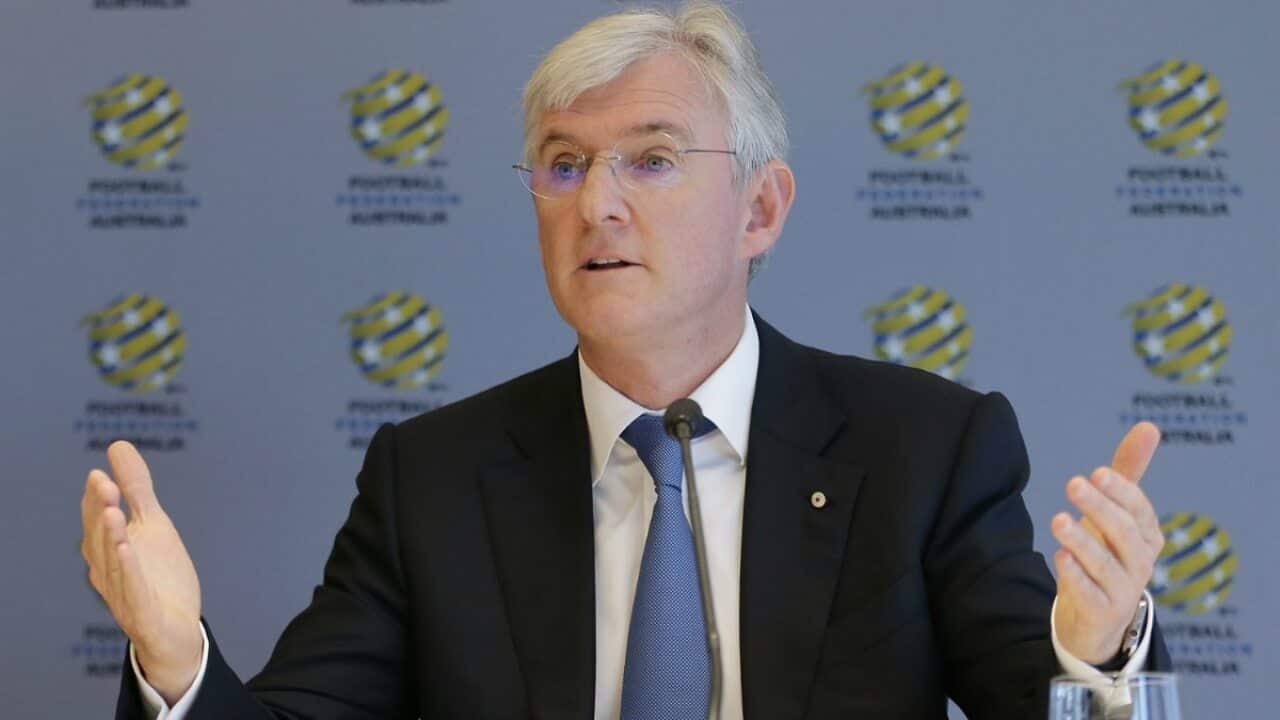 Already offside with active supporters groups over its flawed appeals process for the 198 fans hit by stadium bans and under fire from for Melbourne Victory CEO Anthony Di Pietro over the “mediocrity” of its administration, the FFA, and its new chief, will be taken to task over falling crowd numbers, plunging TV viewership, on-going PR disasters and its relationship with active fans by owners, who like supporters, are wearying of being taken for granted by head office.

Barely three weeks into the job he inherited from father Frank Lowy, his chosen heir is in the eye of the storm, with Central Coast Mariners chief Mike Charlesworth insisting clubs want a clear vision from the man entrusted with piloting the code through its current tempest to a prosperous future.

The owners’ summit with Lowy, CEO David Gallop and A-League chief Damien De Bohun coincides with representatives from supporters groups from across the A-League meeting in Sydney on the same day to formulate a united strategy to push their claims for the introduction of a cohesive appeals process for banned fans and an overhaul of crowd management protocols.

Advertisement
“I’ve been waiting for two years for a new chairman to come in and deliver a strategy that can take the League forward  ... he has to make an impression and deliver a plan that creates a better value proposition for the clubs," declared Charlesworth.

Charlesworth, for one, is looking for structural change whereby clubs have agreater element of control in their own affairs, with a CEO in place who reports to them, much like the models across Europe.

“If you invest the clubs with more power, you create a greater sense of  motivation to engage more and develop the League," he added.

“Historically we’ve had little say on anything … there's perhaps been a feeling previously it’s been too early in the league's evolution for that power shift but now, for me, the time is now right.

“The 10 clubs need to be working together as team, along with a great management team, to produce a model that delivers for all of us and ultimately Australian football.”

Discussions promise to be robust at the very least with Lowy and his lieutenants no doubt wincing from the withering comments of Di Pietro, whose club boasts a 25,000 membership base and was once of FFA's staunchest allies.

Di Pietro said at the 'Victory in Business' luncheon: “the next 12 months will determine the success of football in Australia for the next 10 years".

“The A-League must strive for excellence & market leadership. It cannot be content anymore with mediocrity. We’re sick of it.

“There are key challenges the FFA must resolve to get the A-League back on track.”

The new TV broadcast deal, due in 2017, is of crucial importance with Gallop informing club chiefs two years ago he was confident of doubling it from $40 million to $80 million.

With the game in tumult currently as fans vote with their feet over FFA’s perceived lack of support for them and the hesitancy to institute an immediate overhaul of an appeal process for the 198 supporters outed two weeks ago in New Corp's notorious name and shame article, there are fears that boast may be a long way off the mark..

“The FFA went into the season with the negativity lingering over the drawn out negotiations over a CBA agreement,  inadequate marketing for the competition, then the PR disaster around the future of Wellington Phoenix," added Charlesworth.

"And now we have the fans flexing their muscles over their grievances and boycotting games whilst the clubs ultimately pick up the bill’.

"The FFA sometimes appears to treat football like other codes when the reality is football supporters are different. They need to be listened to but this is just the tip of the iceberg on what needs to be done right now."