Premier League legend Thierry Henry says he cannot understand why Alexis Sanchez didn't score against Newcastle United, after the Chilean was presented with a golden opportunity to give his side the lead early in the second half. 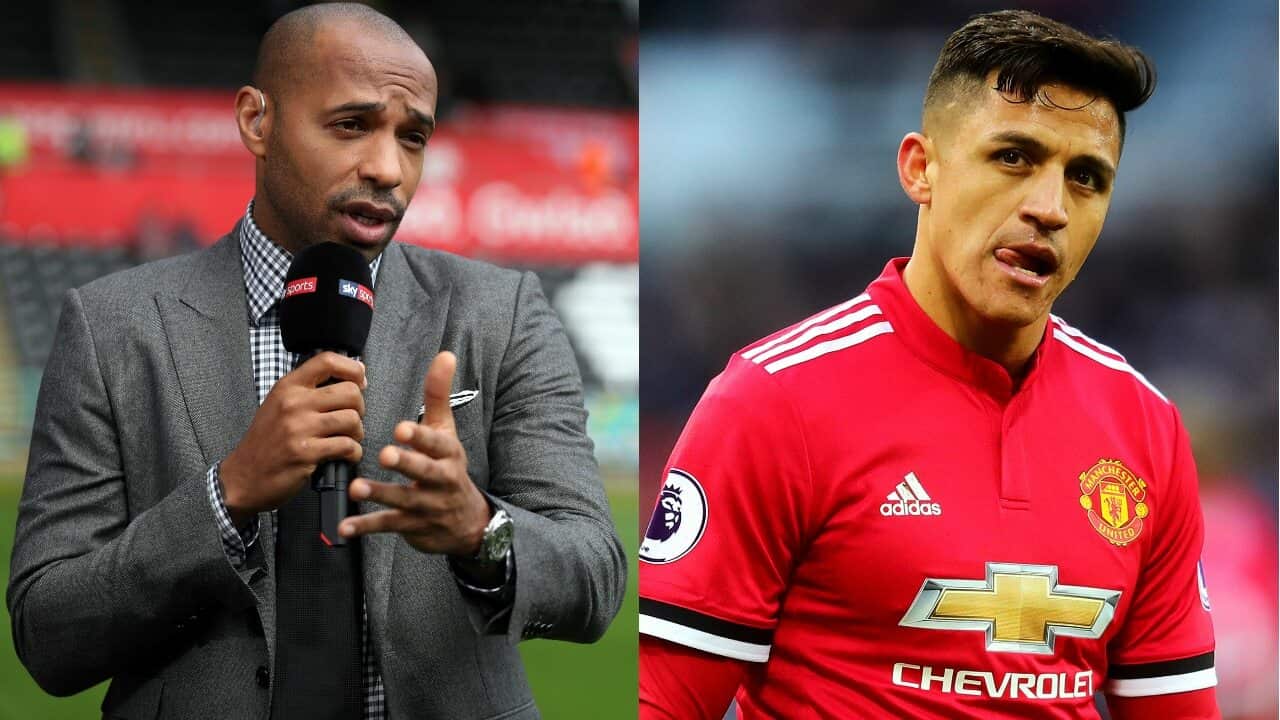 Henry, who is now an analyst with Sky Sports, praised Sanchez's teammate Romelu Lukaku - who Henry coaches as part of his role with the Belgium national team - but was critical of Manchester United's newest signing, during the loss to Newcastle.

"Great pass from Romelu Lukaku, I thought he was very good today.

Advertisement
"And now, go around the ball and shoot. He didn't and he allowed Lejeune to make the recovery there.

"He has a look, I don't know why he doesn't shoot before that."

The miss proved crucial as United went on to lose 1-0 to Newcastle and allow Manchester City to maintain a 16-point lead at the top of the Premier League.