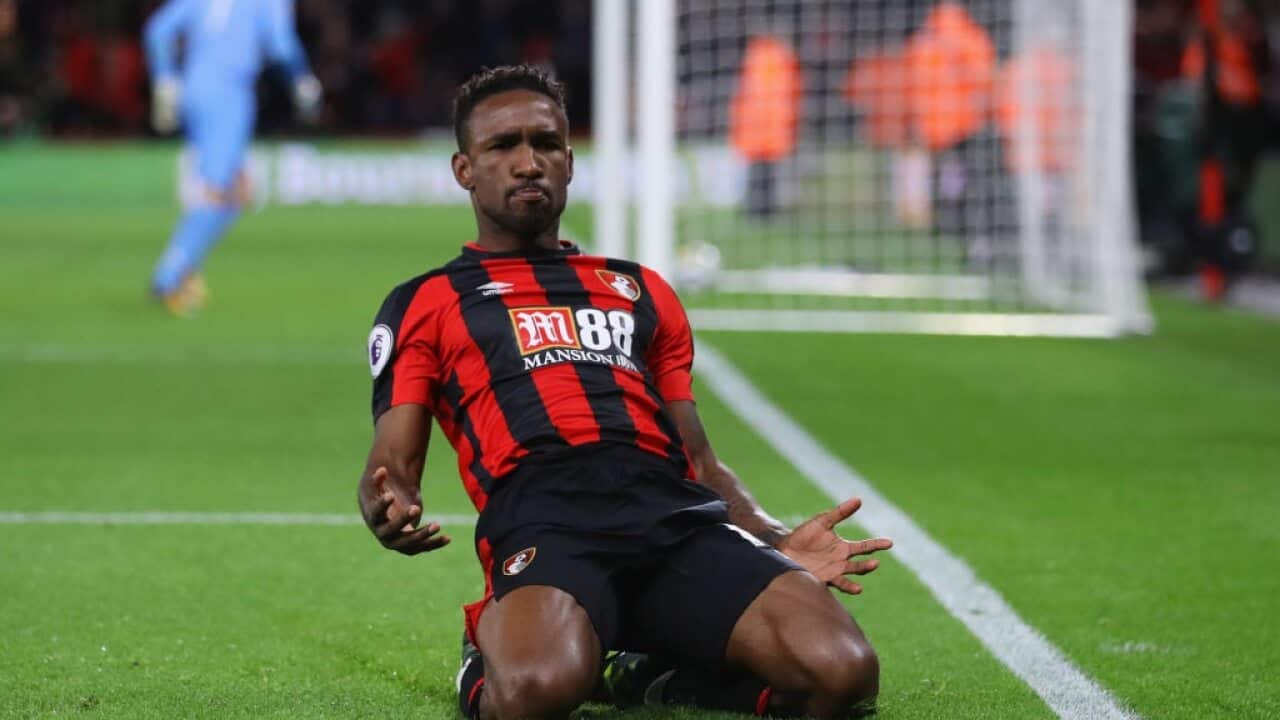 Defoe fired the Cherries to a 2-1 Premier League win over Brighton to end their four-game losing start to the campaign.

The last time Defoe scored for Bournemeouth was in a 3-3 draw at Reading on May 5, 2001 when he was 18-year-old - and when Howe featured in central defence.

“5,977 days since my last Bournemouth goal,” Defoe tweeted, “and it feels just as good.”

Advertisement
Defoe spent the 2000-01 season on loan at Bournemouth from West Ham, scoring in 10 straight league games in one hot spell. He sealed a return to Bournemouth this season from the relegated Sunderland.

In the 16 years in between Defoe has morphed from teenage talent to 34-year-old arch-poacher while Howe has moved into management - but the Bournemouth boss still finds himself stunned by the striker's eye for goal.

"He's one of the best finishers I've ever seen," said Howe. "When I was playing with him I couldn't believe how good he was, when we first started to introduce him into the team.

"And he's lost none of that. We've already seen it in training, just how sharp he is in front of goal.

"I'm very relieved by the win, I think that's the overriding emotion.

"It is pure relief. It feels like it's been longer than four games that we haven't won, because at the beginning of the season you're just desperate for a win and desperate to hit the ground running and that hasn't happened."

Bournemouth's win eases the pressure on Howe, who has challenged his players to get up to speed on exactly how to tee-up Defoe.

The former Tottenham striker fired 15 league goals for Sunderland last term and Howe firmly believes he can keep on excelling at Premier League level - as long as his players provide the right service.

"We need to get to know as a team what Jermain wants, where he wants the ball," said Howe. "He's different from every other striker we have. And it's all about us creating more openings for him.

"We haven't created enough chances for him so far this season.

"He thrives on those openings. So our players have to learn the kind of runs he makes, learn what he wants and feed him more."

Brighton boss Chris Hughton was left to lament a late slump that cost his side a second straight Premier League win.

German star Pascal Gross limped off with a potential knee problem which Hughton insisted was genuine. The former Ingolstadt midfielder was barracked by the home fans for staying down on the turf while the action continued around him.

"I knew we'd be under pressure in the last periods of the game, that's normal away from home," said Hughton.

"The two times we didn't defend so well led to their two goals. It's a tough lesson for us.

"The injury for Pascal was genuine. He's not that type of player, to stay down. I don't think it's too serious, hopefully."