Former Australia star Brett Holman has pledged to return home “and give it a real crack” should his long and winding career path lead him to the A-League next season. 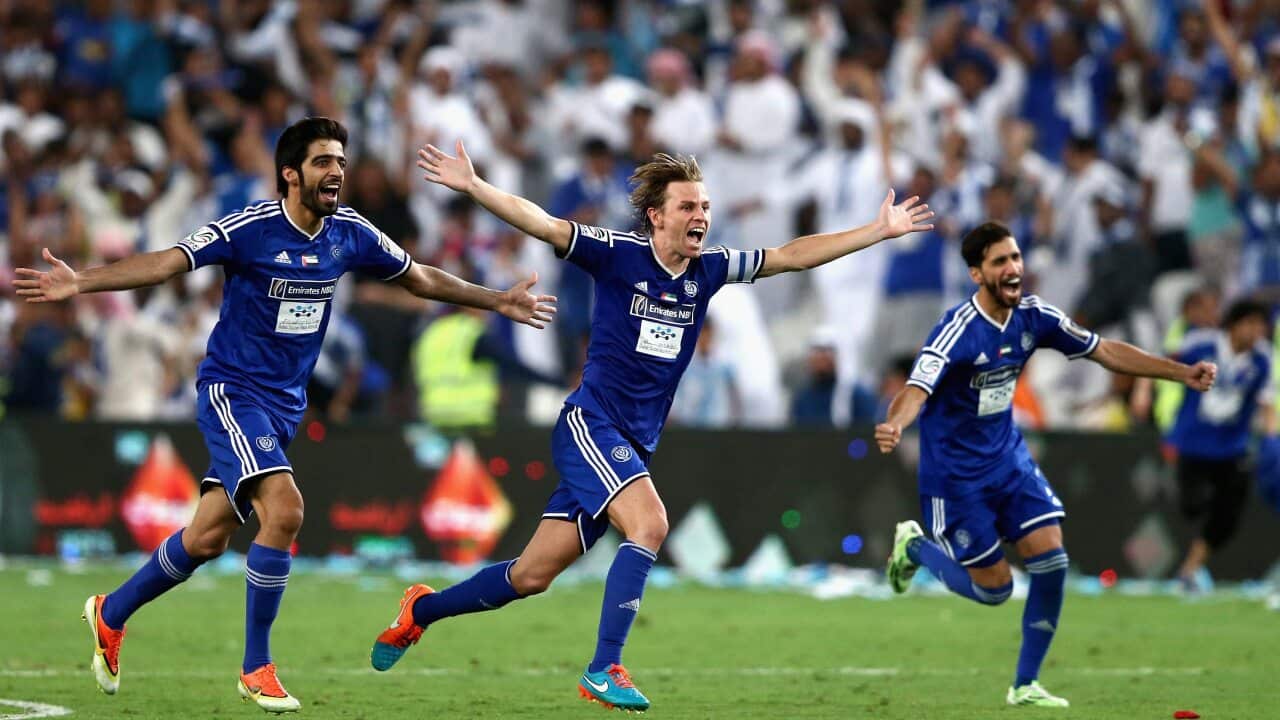 After 14 years abroad, the UAE-based attacker has been heavily tipped as the next high-profile Australian export to disembark in the domestic competition.

Holman, whose contract with Dubai’s Emirates Club expires in June, has fed the speculation and said if he returns to his roots there would be no half measures.

“I am still 31 and still feeling fit and flying,” said Holman, who is in his third year in the Gulf after a previous stint with Al Nasr preceded by a 15-month spell at Aston Villa and a decade in the Eredivisie.

“If you are talking about me (leaving Emirates Club) and coming to a different league and showing what I can still do, then it would have to be now rather than in two or three years.

“I’d be coming back to a competition (the A-League) which while I don’t know too much about it, it seems it’s developing with great force.”

Holman, who would likely attract interest from home-town clubs Sydney FC and Western Sydney Wanderers for a marquee spot, said: “You wouldn’t want to go back just to earn another contract … it would be about going back and making a big impression.”

Holman is aware of the pitfalls of former Socceroos returning home to great fanfare and then struggling to deliver as age and injuries took their toll.

“If you are talking about a John Aloisi or a Harry Kewell, and these sorts of players, in one way you can say it’s not the easiest thing to come back,” Holman said.

“But if something did happen in my case I’d see it as an exciting challenge.

“At this moment there has been no contact with any A-League clubs but I am sure my agents will have their feelers out and I will definitely pursue any opportunities in Australia.

“As I said, I want to get something sorted as soon as possible, whether that’s in Australia or in the UAE with my club Emirates, then that’s the path I’ll take.

“There’s going to be speculation and things thrown around this time of year and especially when my contract is finishing up (in June).”

Holman, who began his career in the NSL with Parramatta Power, is mindful of the sensibilities at Emirates Club, for whom he has made 16 appearances this season, and has not shut the door on a contract extension, should it be proffered.

“In this region it’s not really a thing about talking before the end of the season,” he said.

“It’s usually a case get everything done and dusted in the season you are busy with and then we can always talk after that.

“Right now there is nothing major or concrete to look at … when it comes to the stage that there is something on the table, that’s when you take things seriously.

“I still have a contract here at Emirates and I don’t want to disrespect the club where I am at.

“I want to focus on the season as well as I can and I don’t want to go around and say I want to leave because this club has always done the right thing by me.

“That’s one side of things, and on the other hand clubs have to understand you are talking, but players who are free agents have to prepare for the next years as well.

"The clubs are important and you want to leave the right impression there if you do leave."

With a Dutch wife, and fond memories of his years at Excelsior, NEC Nijmegen and AZ Alkmaar, where he won a league crown in 2009, Holman also has the option of returning to the Eredivisie, as well as the joining a growing band of Australian in China, or elsewhere in Asia.