Sydney FC’s hard-core active supporters group, the Cove, believe the soon-to-be A-League nomads will not let being homeless for the next three years compromise their quest for more success. 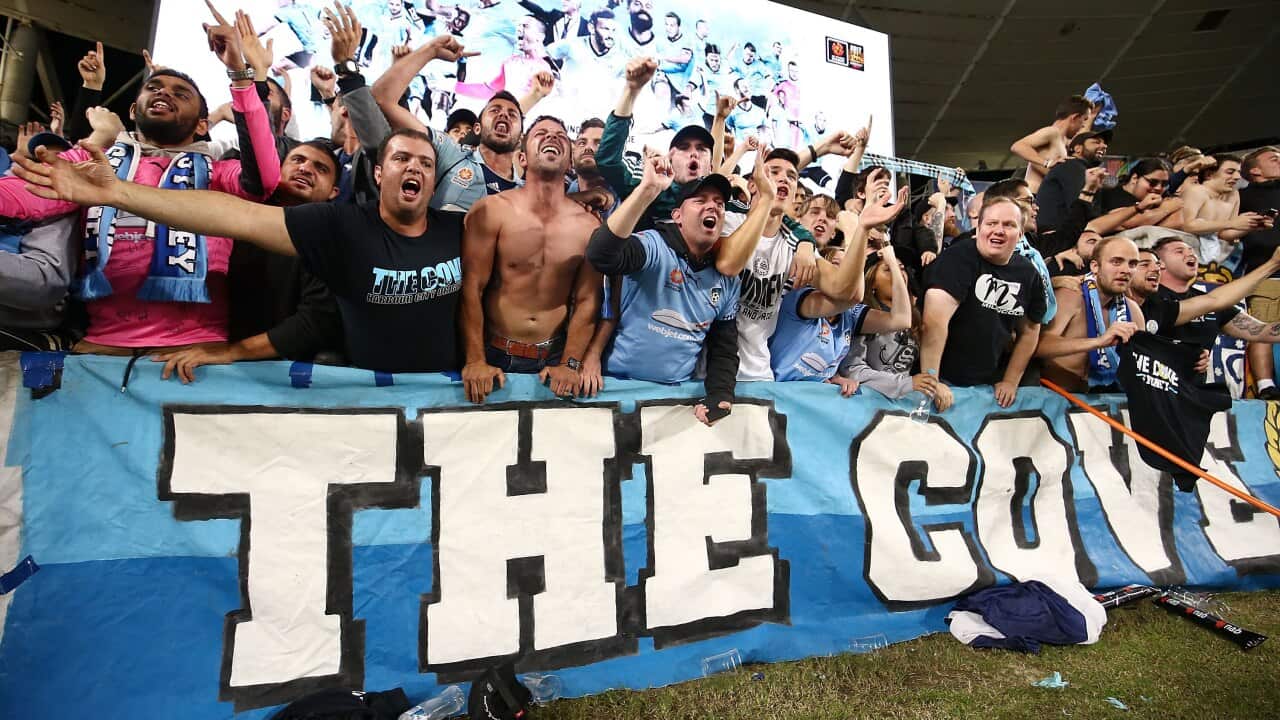 One leg away from back-to-back premiership-Championship glory, the Sky Blues will split matches between the 46,000 capacity Sydney Cricket Ground, Kogarah’s Jubilee Oval and Leichhardt Oval whilst their spiritual home, Allianz Stadium, is demolished and rebuilt.

But Cove spokesman Grant Muir sees no correlation in the case of the Sky Blues, and believes club management have made the best of a challenging situation.

Advertisement
“I don’t think there was a single location that would have made everybody happy,” he said.

“We are going to be a bit nomadic but there is no nice solution.

“Look what happened to the Wanderers ... their fans picked Spotless and it’s been a disaster.

“In the end It always has to be a compromise and I think the club is being really pragmatic about what is good for the them, good for the fans and what is achievable.

“I personally think it’s a smart move to have the big games in a big location at least as accessible as Allianz.”

Sydney will play six home games at the SCG, likely to be their marquee matches, with the other seven or eight split between Kogarah and Leichhardt.

“It makes it hard for people to say any of these venues are too far away,” said Muir.

“We’ve had some good games at Kogarah before. And the fact that the SCG Trust is reorienting the pitch is good, so that as many people in the crowd as possible will be close to the action.

“They have acknowledged that having the pitch right in the centre of an oval is a dumb move.

“That’s progressive thinking from a trust that historically hasn’t been all that interested in accommodating us.”

The new Allianz Stadium is being designed by the same group behind the restructure of Parramatta Stadium, and the finished product will be a pristine palace in comparison to the dated, rickety venue of today.

“Of course it will be very difficult for the club and the fans for three years, but it has to happen,” said Muir.

“We have to go through the pain to get the gain.

“But the key to results is the culture of the club not where we play.

“I think the last two years have shown we have built a really strong club culture.

“We’re not under any illusions as to how hard it will be, especially if there is a new Sydney expansion team coming in.

“Not having a fixed home is only going to increase the challenge. But some of the things the club is doing around that are really clever.”

Muir is referring to a just-launched pilot scheme which will see the Sky Blues put on buses in the south and north of Sydney to ferry young fans allied to local grassroots club teams to and from home games, for a princely $10.

The plan next year is to build on the trial by providing transport to take young fans to whichever stadium Sydney are playing at, and back home again.

Muir sees the likely granting of a license to the Southern Expansion A-League bid for 2019-2020 as a flawed concept.

“I’m appalled by the idea and can’t think of anything more stupid than claiming that the Illawarra and the St George areas are somehow linked,” he said.

“They have nothing in common other than a love of football. It’s a manufactured scheme.”