A contrite Andrew Hoole hasn't closed the door on a possible Newcastle Jets future beyond this season - and the winger hopes the club haven't either. 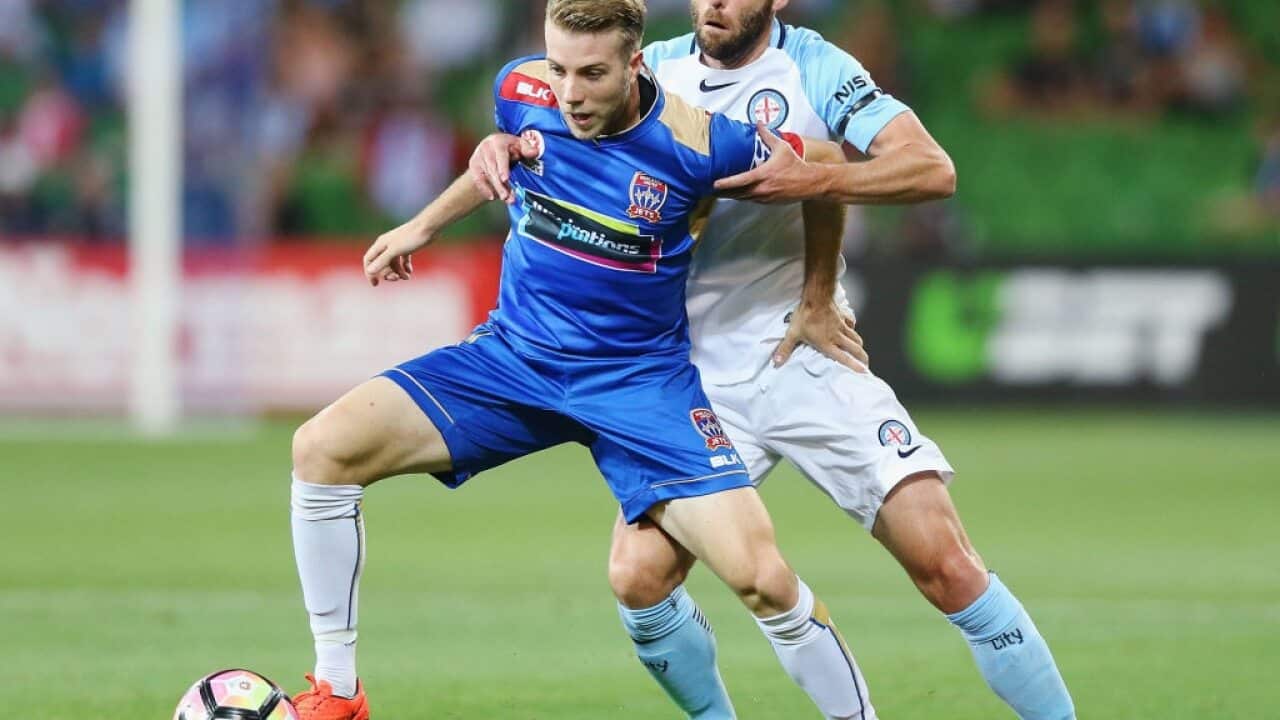 The 23 year old, whose display of petulance at being substituted during last Saturday's 3-0 loss to Western Sydney earned a rebuke from the coaching staff, has apologized for his brain-snap, and is hopeful of being picked for the final two A-League games of the season.

Beyond that, the off-contract Hoole will head to Europe - most likely Belgium, Denmark and Holland - to chase a deal which he hopes will lead to a future beyond the A-League.

However, there is also interest at home and Hoole's agent, Joel Grenell, sees no reason why Hoole could not still conceivably re-sign for the Jets for next season.

Advertisement
"Andrew was the Jets' top priority for retention and I can't see that changing just because of what happened at the weekend," he said.

READ MORE
Hoole on the outer after heated exchange

"But, that said, there are various clubs in a number of countries keen on having a look at him.

"It's a very long off-season and there's a lot of opportunity outside of the Australian football market.

"There's a world bigger than the A-League out there and just because you might not be setting the world on fire here, that doesn't mean you can't find a club suitable for your style of football in Europe."

Hoole resisted the Jets' opening gambit when the club insisted - as they do with all players - on inserting a release clause in his contract, believed to be in excess of $300,000.

"We are 100 per cent keeping the options open ... we are not saying that Andrew is finished in the A-League and has gone beyond that," said Grenell.

"We are simply saying it's the right time to go and have a look at a few opportunities."

Grenell insisted that Hoole was not rolling the dice with his future, declaring that there is also "genuine interest from a few A-League clubs".

"It's just the right time for him to go out and test himself," he added. "He might find he's out of his comfort zone and is thrown into an environment where he has to lift a gear that he might not be aware he even has.

"I personally think he has a few gears in him and when he's away from the Australian fishbowl he might really thrive. That happens with many players."

Grenell said that both the player, assistant coach Clayton Zane and head coach Mark Jones had moved on from the kerfuffle surrounding his substitution.

"He had a bad reaction and has apologized to the playing group ... he was just disappointed and frustrated at being replaced," Grenell added.

"It's the first time there's been any incident of this type involving him and it was just about his passion for the game.

"Certainly, from his side the door is not closed on re-signing ... the reason it did not happen (to date) was because we wanted to change some clauses in the regards to the transfer fee."