Hope of a nation: can Mooy live up to the hype in the Premier League?

It seemed like a harmless request when I asked the Western Sydney Wanderers media officer for an interview with Aaron Mooy after training at Parramatta Stadium in 2012. 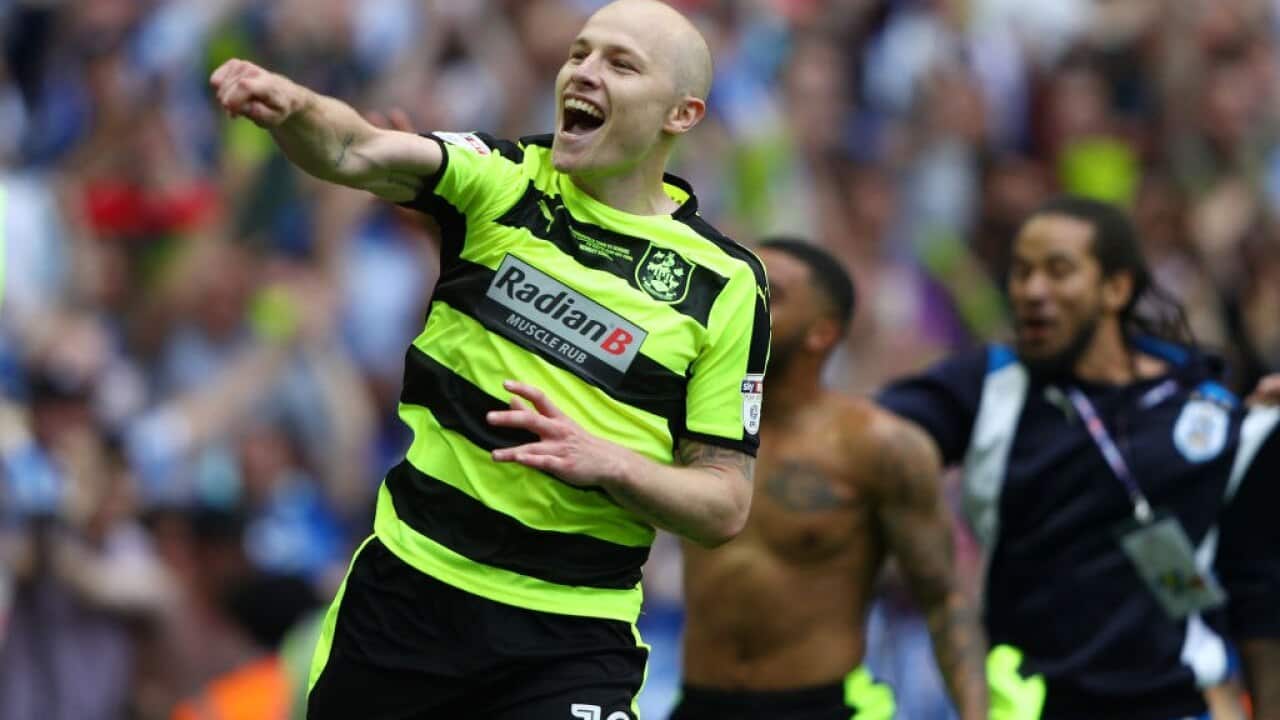 Mooy was starting to emerge as a real talent for the start-up side, but nobody in the media had spoken to him much at that point.

Into the dressing rooms the press officer went. I waited outside. And waited. He didn’t come out. Instead, it was Tony Popovic who emerged.

Advertisement
Politely, I asked why. I knew he was never going to change his mind – I’d known Popa for years – but I was curious to know the real reason.

I walked away disappointed but, deep down, I knew the coach was right.

Mooy was a super talent, but he’d barely played a handful of professional games. Popovic wanted to make sure that Mooy’s ego didn’t grow to the point where he refused to do the work, a trademark of the Wanderers that exists to this day.

Popovic wasn’t afraid to challenge Mooy, either – there were times when he wasn’t even first-choice at the Wanderers that year.

Shinji Ono was the number 10, with Mateo Poljak and Iacopo La Rocca in defensive midfield.

It’s probably one of the reasons Mooy eventually moved to Melbourne City, where he became the A-League’s best player.

But Popovic’s treatment may have helped him mature into that very sensation. It was there he learned to push himself beyond his comfort zone.

Last month, Mooy cost newly-promoted Huddersfield £8 million (A$13.2 million) up front, with another £2 million (A$3.3 million) in add-ons.

It makes him the most expensive Australian player of all-time, finally breaking the £6 million (A$9.9 million) fee Leeds United paid for Mark Viduka at the turn of the century.

A big fee, but it was Mooy’s fancy footwork that helped Huddersfield into the Premier League last year.

And given how brilliant he was – his breathtaking array of passing statistics have been well-documented – it’s probably a good deal in this hyper-inflated market.

Now comes the big question. Can Mooy take his sensational run of form in the A-League and the Championship into the world’s toughest league?

I think he can, but it could be a very difficult transition.

Thriving in the Championship shows he can handle the physicality, but the pace of the Premiership is a serious step up.

There is no time to pause, think and weigh up the options. All those mental calculations need to be performed even before you’ve received the ball.

Initially, that may cause teething problems as he adjusts to the tempo.

That’s no slight on Mooy, just a reality that faces many new players in the Premier League. Then again, he may take to it instantly, just like Viduka did.

The other question is how he handles himself in a World Cup year? Should Australia make it through to Russia, Socceroos coach Ange Postecoglou will be monitoring every player like a hawk, especially in midfield.

Mustafa Amini, Ajdin Hrustic, Josh Brillante and Riley McGee will be determined to force their way in, too.

In a team expected to do a lot of defending this upcoming season, Mooy may not get the time on the ball he likes.

The reason these questions are being asked of Mooy are not because anyone would want him to fail – quite the opposite.

It’s been far too long since an Australian succeeded in the Premier League and we badly need a presence there.

Having a top player in the top league is something that provides an extra kick of promotion to the game at home.

Such a player instantly becomes a national role model.

It certainly won’t be easy, especially for someone so naturally shy, but Mooy can certainly make it happen.