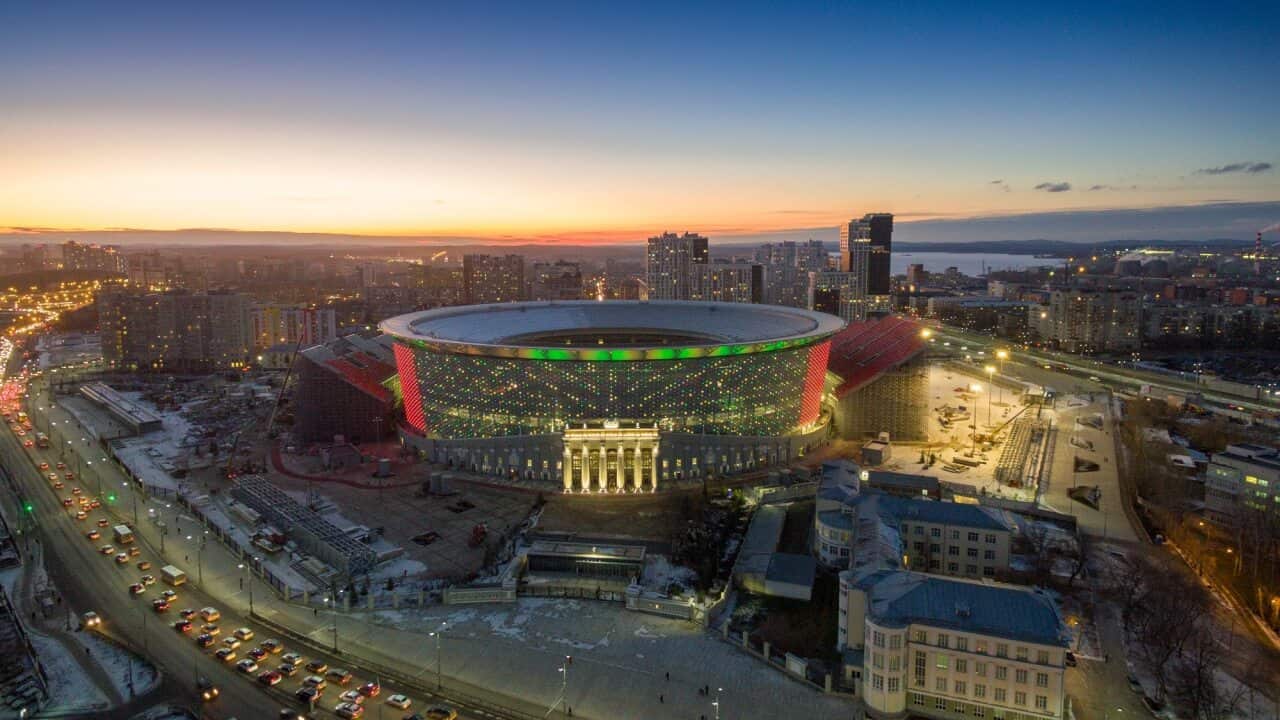 Advertisement
The Central (Tsentralny) Stadium was built in Sverdlovsk (now Ekaterinburg) back in 1957. It underwent several upgrades since then, but its historical façade remained unchanged as an architectural heritage site.

The western and eastern entrances to the stadium are framed by columns with sculptures of a milling machine operator, a female skier, a hunter, a football player, a female athlete with a torch, and a steelmaker.

Ekaterinburg Arena has four stands: two grand stands, and two temporary stands with a steel structure that will be dismantled after the 2018 FIFA World Cup™.It is the home arena for FC Ural.

The city, located 17 kilometres away from the border between Europe and Asia, was founded in 1723 as a factory town on the orders of Emperor Peter the Great and named after his wife, future Empress Catherine I. Ekaterinburg is the fourth most-populated city in Russia after Moscow, St. Petersburg and Novosibirsk.

Ekaterinburg has 1,189 high-rise buildings, including 20 skyscrapers, the biggest of which is Iset Tower at 209 metres.

The oldest wood sculpture in the world, the Shigir Idol, is on display in Ekaterinburg. It was made 9,500 years ago, and is older than the Egyptian pyramids.

Metal structures manufactured by Ekaterinburg factories were used in a number of prominent construction projects across the world, including the Eiel Tower in Paris and the Statue of Liberty in New York.

The Sverdlovsk Region stands on the border between Europe and Asia, with border posts placed across the area, including within 40 kilometers from Ekaterinburg.