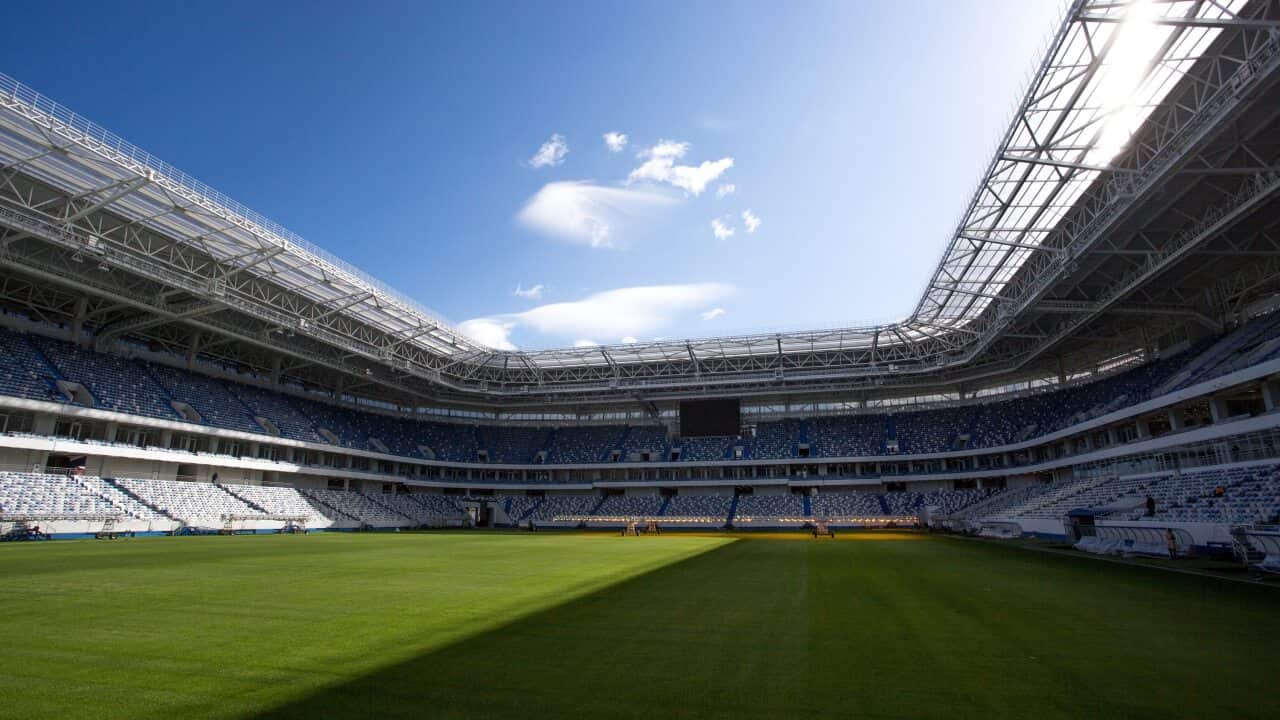 Advertisement
Kaliningrad Stadium is located in the city centre, on Oktyabrsky Island.

Kaliningrad Stadium is designed in the shape of a rectangle with rounded corners. The shape is reminiscent of a bird’s nest. The unique architecture provides an ideal view of the pitch from all seat sections.

In the future, Kaliningrad Stadium will be surrounded by a residential area and will have a recreation area. The undeveloped area of the island will receive new infrastructure, utility lines, streets and embankments.

It is the home arena for FC Baltika.

Kaliningrad is the centre of Russia’s westernmost region and the country’s only exclave. It was home to one of the world’s greatest philosophers, Immanuel Kant. Until 1946, Kaliningrad used to be known as Koenigsberg and was part of the East Prussia. The region and the city have been known as a source of amber, fossilised tree resin that is some 50 million years old. It is home to the planet’s only industrial-scale amber production facility with an annual output of more than 300 tonnes.

Until 1946, Kaliningrad used to be known as Koenigsberg, translated from German as the ‘King’s Mountain’.

It is Russia’s westernmost region and an exclave. October 31, 2011 saw the birth of Petya Nikolayev officially acknowledged by the UN as the 7-billionth person on Earth.

The Kaliningrad Region has up to 90 percent of the world’s amber deposits and the world’s only industrial facility that produces it.

Koenigsberg was home to one of the world’s greatest philosophers, Immanuel Kant. His remains lie in a tomb adjoining the Koenigsberg Cathedral.