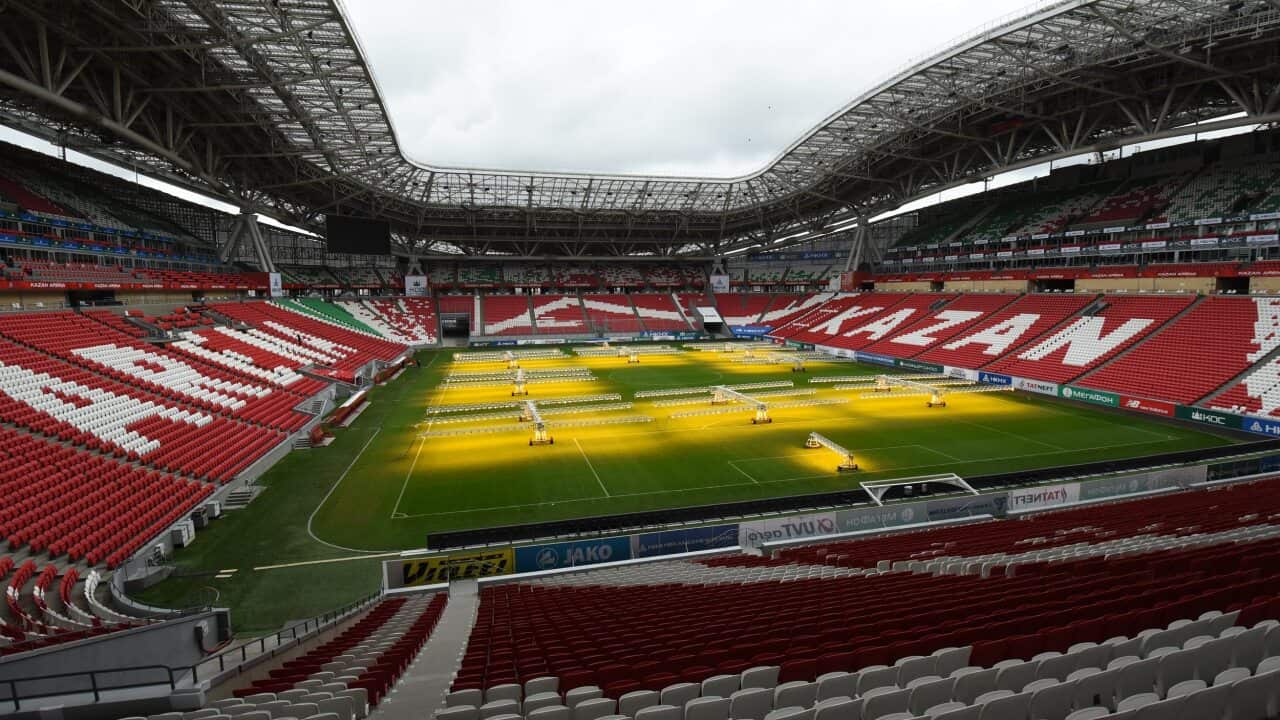 The world’s only football stadium that saw 12 swimming records: in 2015, during the 16th FINA World Championships, the arena hosted swimming and synchronized swimming events.

Viewed from above, the arena resembles a water lily in shape.

Five million bricks were used to build the stadium – twice as many as were needed for the Great Pyramid of Giza.The roof of Kazan Arena has more steel (over 12,000 tons) than that of the more spacious Wembley Stadium in London.

Kazan is the capital of Republic of Tatarstan and one of the oldest cities in Russia. It is one of the most ethnically diverse cities, with 115 ethnicities living here besides Tatars and Russians. Kazan’s key landmark is the Kremlin, a UNESCO World Heritage Site.

There are 25 major universities in Kazan, making the city one of the centres of student life in Russia.

Kazan officially holds the right to brand itself “the third capital of Russia.”

According to the 1738 census, Kazan’s population was 192,000 people, and it was the most populated city in Russia, with Moscow and St. Petersburg falling behind.

Kazan metro used to be the smallest subway system in Europe. It opened in 2005 and had only one line comprised of 5 stations. Currently the Kazan metro boasts 10 stations and continues to expand.