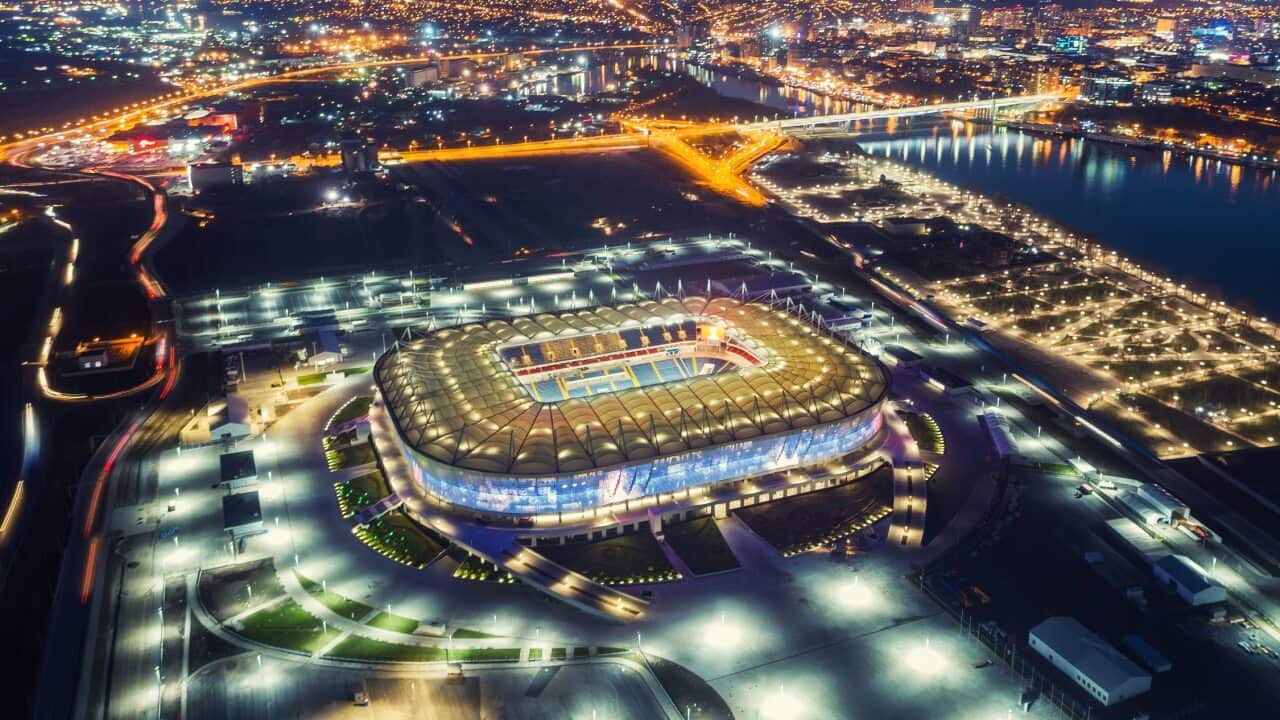 Advertisement
The stadium is erected on the left bank of the Don River while the main urban infrastructure is on the right bank. The upcoming 2018 FIFA World Cup™ will give a strong impetus to the development of the entire left side of the city.

The stadium features a translucent media façade made of metal and glass, and towers as high as the Niagara Falls, measuring 51 meters in height.

It is the home arena for FC Rostov.

Rostov-on-Don is the largest city in the South of Russia located on the Don River. This area is the homeland of Don Cossacks, famous Russian warriors. These lands were celebrated by Mikhail Sholokhov, Russian novelist and winner of the Nobel Prize in Literature. Tourists are always impressed by the historical city centre with buildings going back to the 19th century. Another hallmark of Rostov-on-Don is the left bank of the Don River, a popular place for swimming retreats. Rostov-on-Don holds an unofficial status of the Southern Capital of Russia.

The Don River is the fifth longest in the Eastern European basin, trailing the Volga, the Dnepr, the Kama, and the Ural rivers.

The biggest fish species in the city is the Azov sturgeon. 1977 saw the biggest specimen so far caught near the city – a 7-meter sturgeon weighing more than 1,500 kg.

Rostov-on-Don is home to a number of world heritage sites including a unique suspended rail bridge designed by the famous French engineer Gustave Eiffel himself.

The central square features a fountain designed by a renowned Soviet architect Evgeny Vuchetich, a Rostov resident (Vuchetich also created the sculpture ‘Let Us Beat Swords into Ploughshares’ erected in the United Nations garden and ‘The Motherland Calls’ in Volgograd).