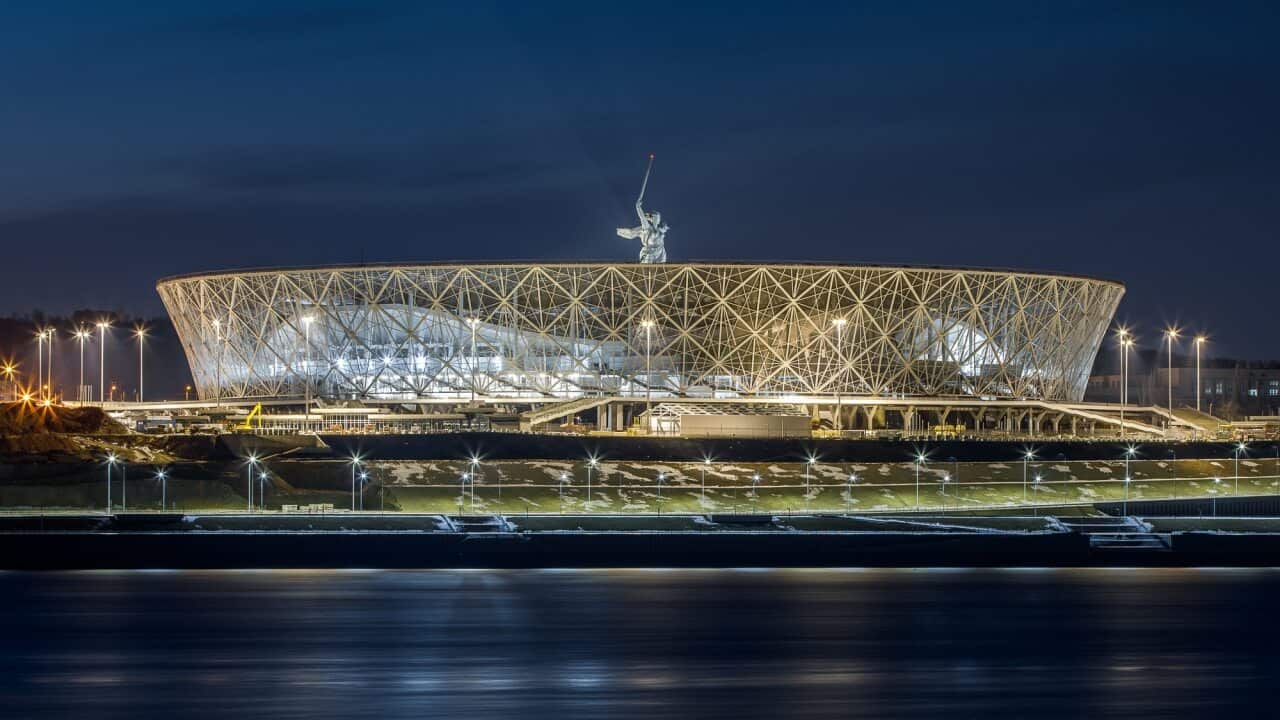 Advertisement
Volgograd Arena was built on the site of the Central stadium that was opened in 1962. The final official match at the previous stadium took place between FC Rotor and FC Enisey on May 15, 2014.

The façade and rooftop patterns embody the local wickerwork tradition and aspects of a WWII Victory Day firework display.

The stadium can be accessed via a 123-meter wide stairway with side ramps for disabled access.

A new pedestrian embankment has been constructed near Volgograd Arena.

It is the home arena for FC Rotor.

Volgograd holds the title of a Hero City. During World War II, the Battle of Stalingrad, which largely decided the outcome of the war, took place here in 1942-1943. Volgograd is also unique as it stretches for as many as 85 to 90 kilometres along the river, moreover, if we add the suburbs the figure will be even more stunning – over 120 kilometres.

The city was initially named Tsaritsyn, but this name was replaced with Stalingrad in 1925, and in 1961 it was changed to Volgograd.

The Motherland Calls is the tallest statue in Europe and one of the tallest statues in the world. At the time of construction (1967) the Guinness Book of Records named it the biggest sculpture in the whole world with an incredible total height of 85 meters.

Volzhskaya Hydroelectric Station is the largest of its kind in Europe.

Experts estimate that almost 1 million tourists visited the city of Volgograd and Volgograd Region in 2017. 61 eco-routes including eight trekking trails were designed with a total length of 3,000 kilometers.