Houdini Hamburg: can Europe’s escape artists do it again?

Once a giant of German football, Hamburg have turned escaping relegation into an art in recent seasons, but can they do it again this year? 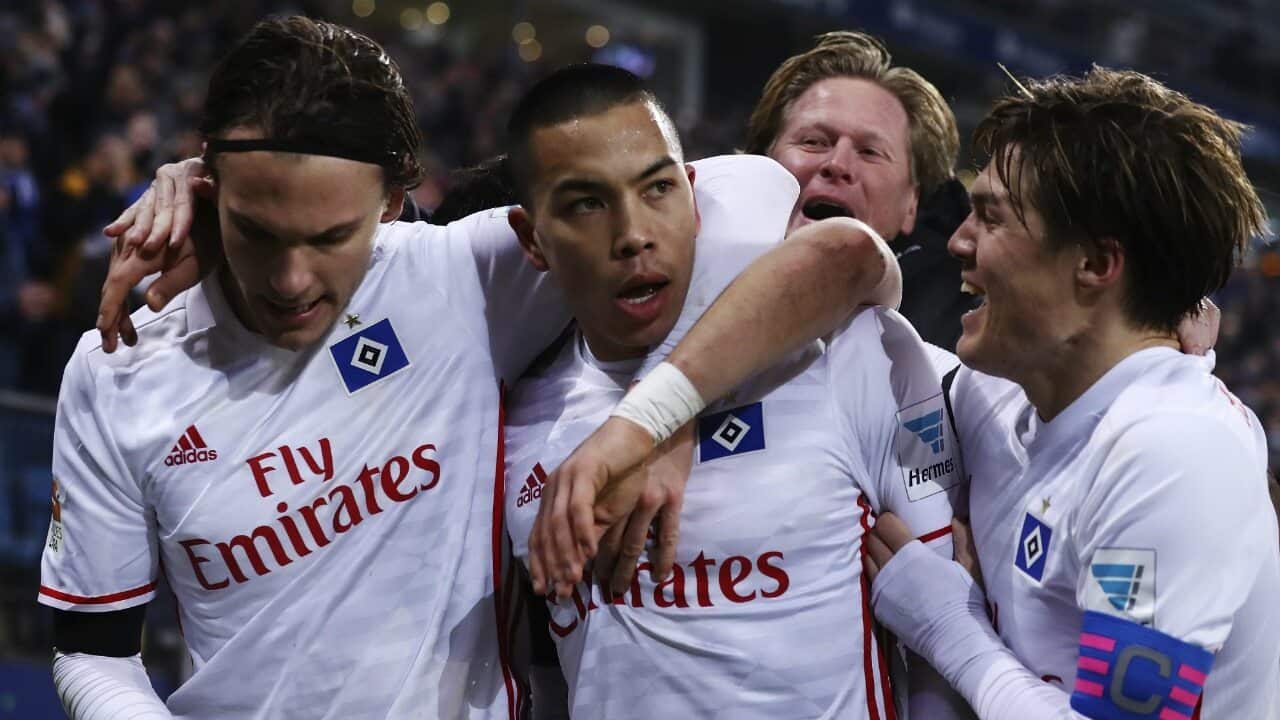 These days, two of those clubs are the runaway monoliths of German football, threatening to create – in spite of the best efforts of equalisation – a kind of Real Madrid-Barcelona duopoly that could take years to unwind (although Dortmund actually started the season slowly and RB Leipzig have emerged as a contender). Hamburg, however, have fallen so dramatically that they may never recover.

As the only club who have never been relegated from the Bundesliga since the first season in 1963, they find themselves in ridiculous predicament, now flirting with the status of German football’s basketcase.

Advertisement
Despite being one of Germany's most famous and powerful clubs, they've suffered a terrible recent history. They finished seventh in 2012-13 but that came a year after they finished just one place above relegation. And in all bar one season (2015-16) since, they’ve been fighting trench warfare to avoid the second division.

Since Thomas Doll walked out on the club on February 1, 2007 – almost ten years ago exactly – the club has gone through bosses like they’re going out of fashion.

In Germany, where stability is respected and considered essential, Hamburg have opted for the opposite: 16 coaching changes since Doll left (including some big names - Huub Stevens, Martin Jol, Frank Arnesen, Bert van Marwijk). Like speed dating of the dugout.

The longest period of one manager in this time was Thorsten Fink, who who was dumped for bad results in October 2013. But his two years made for a relative eternity compared to the others.

The club’s directors believed if they rolled the dice enough, eventually they would be get the man they wanted. But sometimes the dice were still moving before they demanded another go.

At the end of the 2014-15 season, Hamburg went as close as any team can possibly go to relegation. Having drawn 1-1 at home with Karlsruher in the first leg of their relegation play-off, they trailed 1-0 heading into injury time of the second leg.

It was, for all intents and purposes, all over. Absolutely unthinkable for a team that still boasted Ivica Olić, Rafael van der Vaart, Rene Adler, Pierre-Michel Lasogga, Johan Djourou, Marcelo Díaz and Lewis Holtby (plus a certain Max Beister, now of Melbourne Victory) in their squad.

The match ticked over into injury time when Diaz scored his first goal for the club, a magnificent curling free-kick to force extra time. Hamburg grabbed another in extra-time through Nicolai Müller, before Adler saved a late penalty to secure Bundesliga survival.

Amazingly, they had to survive in a similar way in 2013-14, defying SpVgg Greuther Fürth courtesy of a solitary away goal - even with a team boasting Hakan Çalhanoğlu (now of Bayer Leverkusen) and many of the aforementioned names of two years later.

Such extremism seemed to be the catalyst for an upturn in fortunes last season, finishing a steady season in 10th place, with notable wins over Dortmund and Hertha Berlin and home-and-away victories over Werder Bremen and Mönchengladbach.

But it was a temporary improvement. Hamburg lost eight of their first 10 games of this season, a run during which Bruno Labbadia was sacked half-way. He was replaced by ex-Hoffenheim boss Markus Gisdol, who suffered more poor results before the team eventually – out of nowhere – found form.

Draws against Werder Bremen and Hoffenheim in November stemmed the bleeding, before December saw a major change of fortune – three wins from four, and lifting from last (18th) to 16th. They even led the other game against Mainz before Danny Latza bagged a hat-trick.

Speaking of fans, they – somehow - haven’t lost faith. An average of 52,523 has piled into the magnificent Volksparkstadion each week. That has to be worth something at the business end.

However, if the team is to survive, one suspects they may have to figure out what to do with Alen Halilović. The 20-year old, of FC Barcelona until this year, was regarded one of the best teenage talents in the world.

However, the Croatian has hit the wall at Hamburg after his €5.5 million summer move, making just one start and twice getting dropped, apparently, for lacking physical condition. He’s already being linked with a move back to Spain.

It is one of many problems that Gisdol will have to face if he is to continue the mini-Christmas revival - and then lead 'Houdini' Hamburg to yet another miracle escape after the winter break. Watch this space.