How can Australia actually win the World Cup?

"All our dreams can come true,” said Walt Disney, “If we have the courage to pursue them." 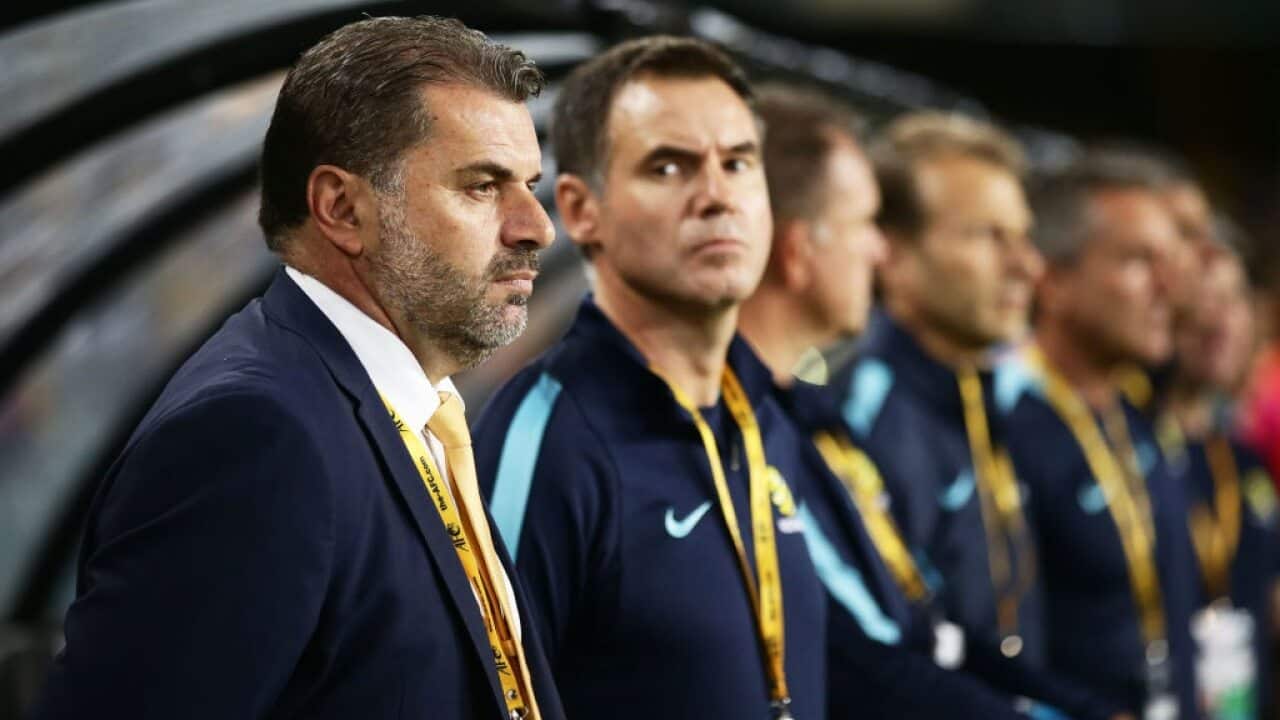 (from left) Ange Postecoglou and assistant Ante Milicic look on ahead of the Socceroos clash with UAE Source: Getty Images

Say what you like about Ange Postecoglou, but the man has a dream. And the sooner we find the courage to pursue it, the better Australian football will be. It really is that simple.

Step away from the minutiae of the moment (something incredibly difficult for many in this new digital era). Look beyond the A-League finals and this tight qualification campaign for Russia 2018; walk back until you can see the big picture. The whole picture.

It’s one Postecoglou has been fixed on for some time now. His over-arching vision is the core idea that fuels everything else, down to his day-to-day activity: Australia must aim, one day, to win the World Cup.

"I don't see why we can't win one. It should be our objective,” he said last week, despite being in the middle of a cut-throat qualification period. “It sounds a bit far fetched when I tell people that but there isn't a sport in this world that we haven't conquered.”

I can already hear the smug naysayers, both inside the game and casual observers from outside, lining up the national boss:‘Just worry about making the next World Cup first, mate’.

Because of this attitude, the merry go-round of short-termism keeps spinning. As it always has done in Australia – and will continue to do so as long as we don’t make the game, and its ultimate success, a national priority.

But such an attitude isn’t “realistic”, as the naysayers resolutely claim. It’s defeatist. In the next 50 years – even half that time – anything is possible if we put our minds and hearts to the task.

Besides, as a sporting nation, we’ve never worried about the big picture very much. Never had to. Australian rules and rugby league existed from within since day dot; world class cricketers grew on trees, likewise in rugby union, with more champion tennis players, golfers, swimmers and surfers than you could poke a stick at.

We were great at almost everything our climate allowed for without even trying. Everything, that is, except football.

So when Postecoglou trumpets his views for the whole nation to hear (he even wrote an excellent book about it), there is a churlish, childlike backlash. Rather than working out what needs to be done, or what they could do to help, too many want to point out why we shouldn’t bother starting.

I suspect much of this attitude comes down to the fact that Australia’s most obvious defect – obsessive, maniacal self-pride – means football has little value. Because we haven’t been very good at it, we can’t generate pride from it. Therefore we struggle to appreciate it and dedicate the necessary resources to it.

But as the winds of change blow through Australia – take a walk on the main street of any major Australian CBD – the time to change the conversation has surely arrived.

The answer is not found in the National Football Curriculum or the Whole of Football Plan. Well intentioned documents though they are, they offer guidelines for change and redirecting resources from within.

What we need, however, is to change the scope of long-term ambition and expectation.

Do we risk some scorn and hate from our fellow sports fans if we raise the prospect of World Cup glory? Maybe.

But that’s the same feeling many football fans had in the 1980s and 1990s about merely qualifying. They now proudly compare battle scars of the “wogball” era. That now feels a lifetime away.

The fact is, once we start committing our ambitions to a higher place, we’ll inevitably change the tone of conversation about the things at the bottom.

We’ll better understand what we need in order to generate that glorious end-game. We’ll realise that our junior structures are flawed; our coaches need better access to education and facilities, for old and young, and men and women, are barely a fraction of what is ultimate required.

READ MORE
Socceroos win with power. But for how long?

We might fluke a quarter-final appearance with a bit of luck and an absence of planning, but we won’t stumble into a World Cup final by accident. And we sure as hell won’t lift the damn trophy in our lifetime unless we actually to consider it possible.

So, let’s ask the question. Of ourselves, our team mates, our coaches, federations, media institutions, governments and anyone else who dares to dream.

What will it actually take for Australia to win the World Cup?