How long can Romelu Lukaku stay at Everton?

Ponder this - could Romelu Lukaku become the first player to generate a transfer fee that breaks the mythical £100 million ($161 million) barrier? 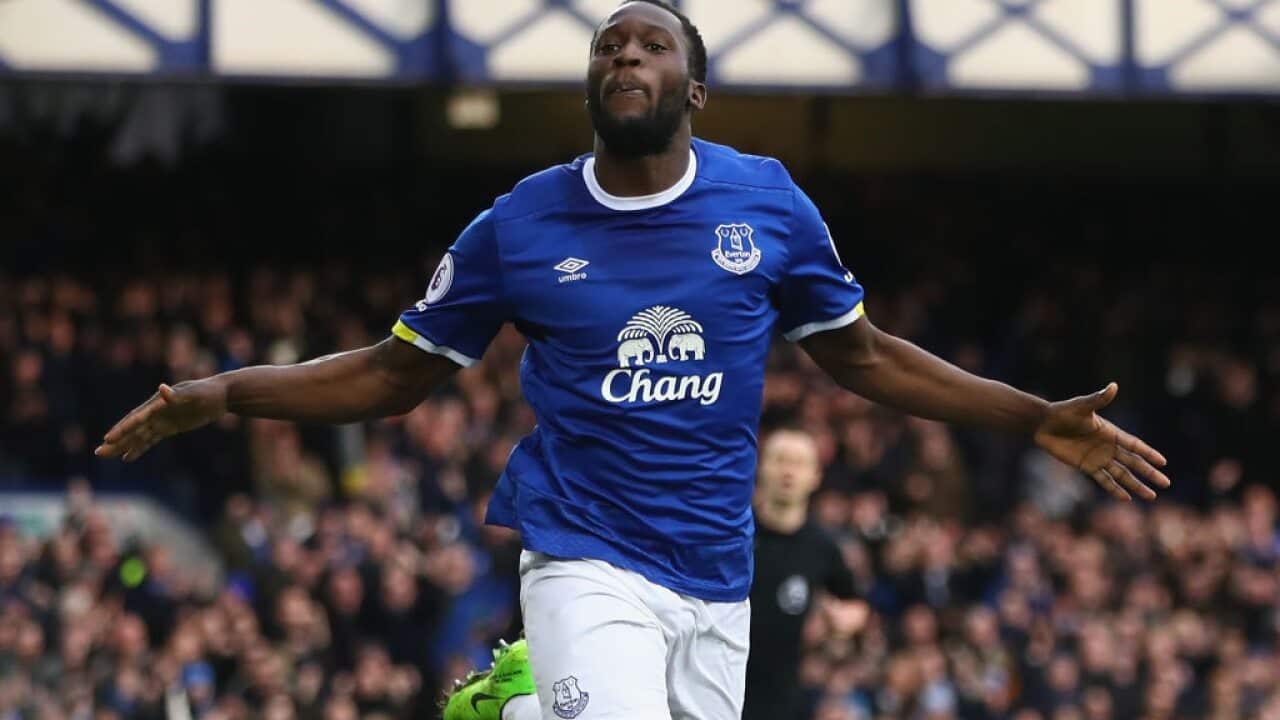 Romelu Lukaku has been in outstanding form for Everton this season Source: Getty Images

It’s not as crazy as it sounds. And even if he doesn’t sell for that amount, there’s every chance he could go for more than Paul Pogba’s world-record fee this European summer.

For a player touted to be worth £65 million ($105 million) at the start of the year, Lukaku now leads the open play scorers’ charts in the Premier League with 18 goals. Only Harry Kane (19) has more overall, but four of those were penalties.

Since 2012, when he joined West Bromwich Albion on loan from Chelsea (17 goals that season), Lukaku’s record of scoring in England – especially for a player so young – is incredible. Since joining Everton in 2013, his 155 appearances for the club have yielded 80 goals in all competitions.

He needs just one more goal for Toffees – ironically against West Brom (Live on SBS and on the TWG app from 1:30am Sunday morning) – to match the goal tally of the last great number nine to appear on Merseyside, Fernando Torres.

He’s only eight Premier League goals behind the legendary Luis Suarez, although Suarez did play in multiple roles.

Minutiae aside, the point is this - Lukaku’s prolific nature is extraordinary considering he’s in a team that can’t crack the top six.

Everton’s spirited run since Christmas has been down in no small part to the striker’s amazing form.

Early-season displays were chided for his lack of work-ethnic but a string of spectacular goals, combining pace and power, have shown just how good he can be.

Lukaku is reportedly close to agreeing to a five-year contract extension at Everton, which should theoretically quell transfer speculation.

But while the deal is likely to include a pay-rise, it will almost certainly include a release clause, likely to be around the figure mentioned at the top of this piece.

Then it’s up to the rest of the free-spending football world to start their monetary engines.

Whether Lukaku is worth £100 million ($161 million) – or even £65 million ($105 million) – is another question, but market forces could drive his value to the extreme this June if he maintains his scoring run.

First, most of the best players in the world are now under lock-and-key at the top dozen European clubs, who won’t sell unless they receive a stupid bid.

Antoine Griezmann is a possible exception, but Atletico Madrid – two-time UEFA Champions League finalists in the past three years – aren’t exactly small fry. They're in no mood to sell and he's in no mood to leave.

Similarly, as Tottenham are now an annual title contender, it would take a near-impossible bid – we’re talking way over the odds – to start a conversation about Kane or Dele Alli.

So while there isn’t much prime meat on the market, there might be some hungry buyers. And given Lukaku’s age (he’s still only 23) the premium on his service is huge, not least because a long-term contract means any transfer fee can be comfortably depreciated.

While Manchester City and Chelsea will be closely tracking Lukaku’s progress, the Belgian could easily become the long-term successor to Zlatan Ibrahimovic at Manchester United.

He’s already mates with Pogba and would thrive on the support of Anthony Martial and Marcus Rashford - sorting out the attack for the next decade. With Wayne Rooney also likely to seek Chinese yuan, there's lots of cash in the kitty.

On the continent, Real Madrid will soon be looking to upgrade from Karim Benzema, whose form has dipped this season. They need to ease the load on Cristiano Ronaldo, who just turned 32, and Alvaro Morata isn’t the solution there, either.

Humiliated by giving up their 4-0 lead against Barcelona, Paris Saint-Germain might be keen to hoover up whatever elite talent is out there, knowing Edinson Cavani and Ibrahimovic locked away the Ligue 1 title every year they played together. This is the year PSG (three points behind Monaco) might lose it.

Of course, there is the possibility that Everton might just keep Lukaku. If indeed they ever want to challenge the top four, they’ll need players of his stature to do exactly that.

Perhaps they’ll find a way to keep the sharks at bay for another year. But without European football to offer the ambitious striker, offers are likely to come flooding in.

And if Everton get the go-ahead to build their dream new stadium at Bramley-Moore Dock - with news potentially coming forward on that front this month - some cold, hard liquidity might be hard to turn down.