How the Wanderers plan to stifle Sydney's potent attack

Western Sydney Wanderers believe their clean sheet against Sydney FC in round 15 is proof they have worked out the solution to stopping the Sky Blues's high flying attack. 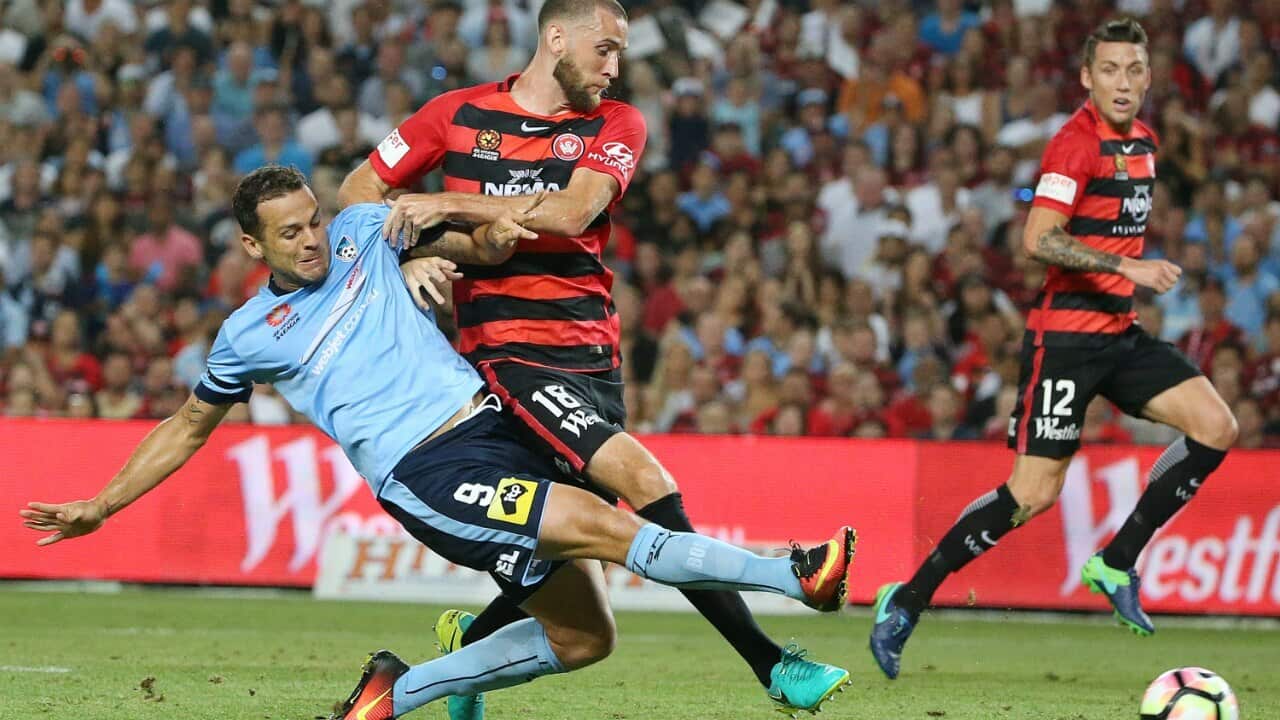 A bit of old-school defending, really, giving your man no room and not letting up for 90 minutes.

When Sydney beat the Wanderers 4-0 in round one at ANZ Stadium, Holosko, Bobo and Brosque all got among the goals, with Brandon O'Neill getting the other.

In round 15 at Allianz Stadium, on January 14, in what finished as a 0-0 draw, Bobo, Ninkovic, Brosque and Holosko all started, but the Wanderers kept Sydney to just eight shots and five on target.

"That was a real highlight for us - our first clean sheet of the season," Aspropotamitis said. "We took a lot of confidence out of stopping their front four, who have been so potent this year in scoring goals against so many teams.

"We know their front four are all quality players and if you have a lapse in concentration at any point they can create something out of nothing, so being really tight and aggressive with them is the key and we did it well that night.

"To hold them to nil and also at the other end to almost snatch the game, because we had enough chances ourselves, was a big positive for us.

"Our results kicked on from there, which made it really disappointing when we had a setback against the Mariners last Sunday, but I'm sure the boys will get up for what will be a great game on Saturday."

Coach Tony Popovic appears to have recently settled on Aspropotamitis and Robert Cornthwaite in the central defence and Scott Neville and Jack Clisby as the fullbacks. That was the back four last time against Sydney.

"You always want to play against the best sides and in the best atmospheres and the best stadiums, so whether we're on a winning run or a losing run, any time is a good time to play a derby," Aspropotamitis said.

"It just so happens that we need to win and we really want to knock Sydney off their perch. They're doing really well and it would be great to knock them down and get those bragging rights back."