How to Stream Live Football on SBS this week

Stream the Premier League, the A-League and the UEFA Champions League live and for free every week with SBS. 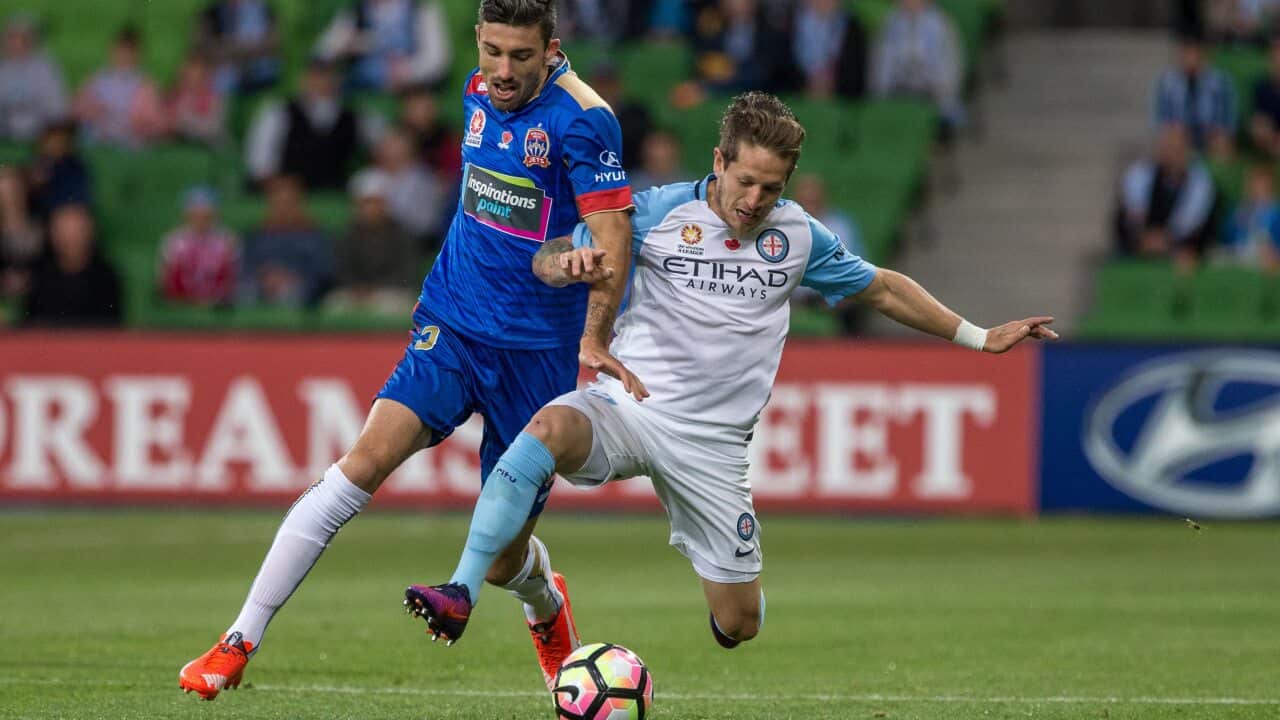 The live football continues on SBS this week with Newcastle Jets in A-League action against Melbourne City on Friday.

SBS football matches are now available to stream live and for free using The World Game app. SBS is a current broadcaster of the Premier League, the A-League, and the UEFA Champions League, as well as the 2018 FIFA World Cup and the FA Cup Final. Matches from all of these competitions will be available to stream live and for free on your mobile and tablet devices, along with loads of other SBS football programming, video highlights, breaking news, match centres and more.

The app is available on iOS and Android mobile and tablet devices. To access the app: