How unpredictability saved the Premier League

Tuning in for Arsenal’s match with Burnley last Sunday, I didn't expect much. But those who did were rewarded with one of the most engaging contests of the season so far. 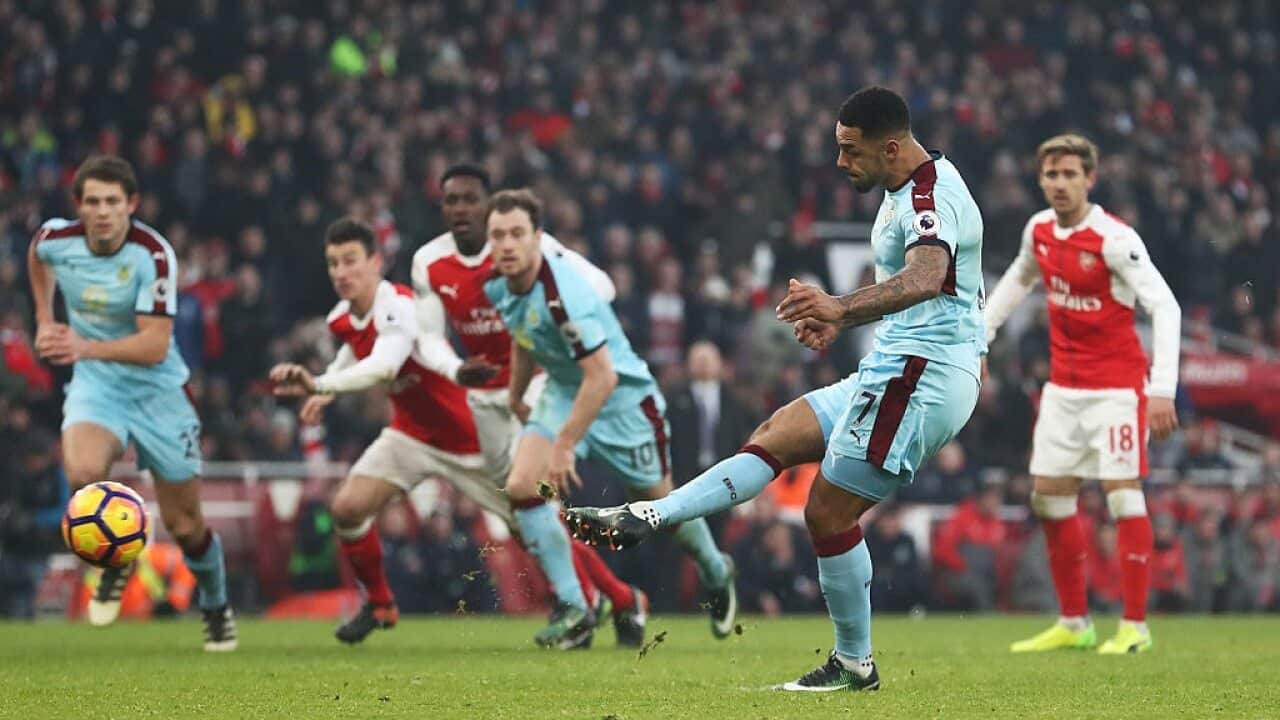 Honestly, this sort of thing happens far too often to be considered unusual. The final 10 minutes of almost every game rises into some kind of suffocating, melodramatic crescendo. Rarely do they just fizzle out.

So it was at The Emirates. If you can find a copy of the injury time period somewhere, watch it.

For some aficionados, this is a symptom of a problem, explaining why big English clubs can’t kill off games in Europe. The helter-skelter rhythm isn’t just momentary – it’s evolved into the dominant style.

A sort of organised chaos has ensued and it’s easy to see why Pep Guardiola, for example, hates it. He can’t control the flow of events over 90 minutes. The new test of his managerial ability? To find a way to cope.

But while Guardiola and the purists might find it grating, the league has built a riveting nature that only comes with the unpredictable. For me, that’s breath of fresh air.

Professional sports have recently been micro-managed to within an inch of their lives. But in the Premiership, the breakneck pace even the weaker teams use is capable of catching the best off guard.

This has driven the entertainment value of the league, which has in turn delivered television rights that dwarf all others. That money gets reinvested in the world’s most technically-gifted players, and when their skills applied to a league as fast as the Premiership, it becomes a truly premium product.

This, in my opinion, is where the English Premier League has begun to separate from the rest. This season more so than any other in living memory - undoubtedly spurred by six of the world's top ten managers taking part.

Saying one league is better than another is fraught with danger. It’s probably the easiest way to get roasted on social media.

Obviously, three leagues have a claim for being number one: Germany’s Bundesliga, Spain’s Primera Liga and England’s Premier League, as expressed by the level of European places open to each.

I love the Bundesliga’s fan-first model, likewise the technical elements in Spain. But both struggle with a serious question of competitive balance, one the Premier League – completely by accident – has managed to answer.

That means almost a third of the league considers themselves contenders at the start of the year. By any measure, that’s more than most sporting leagues, even ones with built-in equality measures, like a salary cap.

But where the Premier League, particularly in the past year or two, seems to have separated itself from the rest is at the other end of the table.

It’s certainly debatable about the technical quality and tactical approach of some teams at the lower echelons, especially around the relegation zone. But what can’t be doubted is entertainment.

Pit any of the teams at the bottom end against teams at the top, and while victory is highly unlikely, you’re often assured of something riveting. I hate to say it, but unlike other leagues, they don't just roll over to accept their fate.

Just think of last week: Burnley’s fantastic battle with Arsenal aside, Hull offered a hugely spirited showing against Chelsea and bottom-placed Swansea climbed out of the relegation zone with a miracle win over Liverpool. Even Crystal Palace were desperately unlucky to lose to Everton - and slip into the bottom three.

None of those sides played Barcelona-like football, but they all played their part. And the reason why these clubs can compete is because they now have the financial resources to do so.

The blockbuster TV money means that Burnley – tiny, nondescript Burnley – can sign Steven Defour, a player with over 50 caps for Belgium and was coveted by the world’s best clubs a few years ago.

Of course, the prospect of relegation for these clubs is huge. But that’s what makes it so thrilling: risking everything to stay alive. To stay in the top flight, and dream of being the next Leicester City.

The Premier League might not be all things to everybody , especially the connoisseurs, but nor does it need to be. In terms of mass market appeal, it is a product head and shoulders above the rest, with no sign of slowing down.