In the world of modern football, where clubs are more global brands than a representative of their community, the link between a football club and the local community seems to get smaller and weaker every year - but not for Vegalta Sendai. 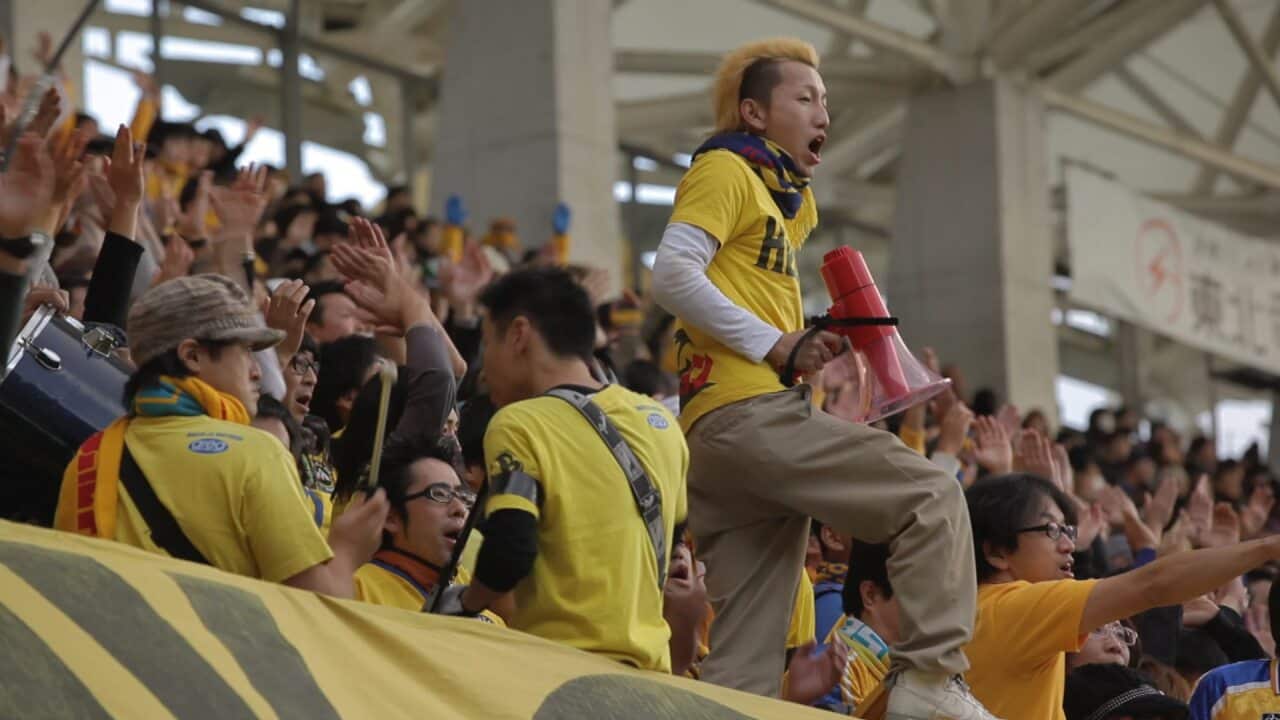 In Japan, the tragic events of March 2011 - when a magnitude 9.0 earthquake and subsequent tsunami devastated parts of the east coast, leaving almost 16,000 dead and a further 6,100 injured - has seen the bond between Vegalta Sendai and their fans grow ever stronger.

Sendai, in Miyagi prefecture about 350 kilometres north of Tokyo, was one of the hardest hit areas, with the tsunami travelling as far as 10 kilometres inland, leaving a trail of destruction in its wake.

Advertisement
The heart-warming community spirit borne out of the disaster has been documented by British filmmaker Douglas Hurcombe in Vegalta: Soccer, Tsunami and the Hope of a Nation, which is due for worldwide release in early July.

Hurcombe, whose wife is Japanese, came across the story by chance after being told by a media officer at Ipswich Town of their tribute to Vegalta Sendai shortly after the earthquake, which involved a rendition of ‘Take Me Home Country Road’, the Sendai fans’ anthem.

With his interest piqued, Hurcombe told The World Game of the moment he decided to make the movie.

“I used to play football here on a media team, and one of the guys on the team was a film producer,” he said.

“I told him about the story and said ‘one of the documentary people you work with should go and make this film’ and he said ‘why don’t you go and make it?’ and I replied ‘actually that’s a good idea!’”

And thus the movie was born.

With the assistance of his wife, who made contact with the club and their supporter groups, Hurcombe and his team headed to Japan for the first time in November 2011 as Sendai remarkably pushed for the J.League title.

He still vividly remembers the scenes from that first visit.

“(It) was one of the most sobering things,” he recalled. “You were walking along areas of the coastline and you’d step over a little row of bricks and you’d stand there and look around and you’d realise you’re standing in a house.”

He was also nervous as to how he and the rest of the crew would be received by the Sendai fans.

“We were slightly nervous at first because you don’t know how people are going to react,” he said.

“We were very aware of the fact we were intruding on some grief in a very difficult situation, and we were just made to feel incredibly welcome from the minute we turned up.

“Everyone that we spoke to straight away said ‘you have to tell this story’, not just the story of the football club, but the story of what’s happening on the ground.

“There was a frustration because of the pace of recovery; there was an anger about that. There was a little bit of that thousand mile stare going on where people were like ‘this is actually going to be like this for a long, long time, this isn’t going to get solved quickly’.

“So it was an interesting moment to turn up and see that – the rubbish had been cleared away, but then there was this sense of ‘what do we do now?’”

That is where the football club played such a pivotal role, with players and staff regularly out in the community helping with the recovery process, while match days offered a chance for fans to forget their troubles and take delight in the performance of their team, while also using it as a release from the stresses of every day life.

“One of the people that we interviewed said it was great to go into the stadium because they could scream, they could shout, they could yell, all of the things they couldn’t do (normally),” Hurcombe said.

For the players, there was a determination to provide hope to the fans and the people of Sendai.

“Within the team at that time there were several players who were directly suffering as a result of the disaster,” Vegalta Sendai veteran Ryang Yong-Gi, who was captain at the time, told The World Game.

“So we were determined to play with all of our strength to try and raise the spirits in Miyagi prefecture and Sendai city.”

Ryang recalls driving at the time the earthquake hit, originally believing his tyres may have gone flat. But as the shaking continued, he soon realised the magnitude of what was taking place, with his thoughts immediately turning to his heavily pregnant wife, with whom he spent the night sleeping in his car, unaware that the tsunami had hit.

“There was a really strong feeling of anxiety,” the Japanese-born, North Korea international recalled about that first night. “All the electricity was cut off so it was completely dark and the only thing we could see was something burning.”

The tragic events were too much for some players, with Sendai’s Brazilian striker Marquinhos terminating his contract with the club due to the personal toll the disaster had taken.

And while all players were suffering in their own way, it wasn’t reflected in their performances on the pitch, with Sendai remarkably going 11 matches unbeaten after the resumption of the league in late April, eventually finishing the season in fourth place.

“While everyone was suffering we had a huge number of supporters who were getting behind us in every game from the restart against Kawasaki onwards,” the 34-year-old with over 400 appearances for Vegalta Sendai explained.

“It was clear to us that they were there in the hope of experiencing the feelings of joy and happiness victory can bring, so we had a feeling of wanting to provide that for them.”

While five years may have passed, the recovery effort is far from over.

Vegalta Sendai president Yoshihisa Nishikawa told The World Game his club was still very much involved in helping those affected.

“It has been five years since the Great East Japan Earthquake and Tsunami, and at this juncture Vegalta Sendai have built a new reconstruction support office and are putting in efforts to help the affected areas,” he said.

“We are resolved to keep fighting to become a beacon of hope for Sendai, Miyagi, and Tohoku.

“From now on, too, the club will continue to offer encouragement to the victims by fighting as a united team, and we will keep looking forward to share the joy of victory with them.

“Winning a title in the league, cup, or Emperor’s Cup would be the greatest way to make a contribution.”

As time passes and the world shifts its focus onto other tragic disasters and historic events, largely forgetting what took place on that horrific Friday afternoon, the people of Sendai and Miyagi prefecture continue to live with the pain of March 2011.

But as Hurcombe prepares for the release of Vegalta: Soccer, Tsunami and the Hope of a Nation there is hope that, finally, a sense of normality is returning.

“There’s a really lovely quote from one of the guys that we based the story around,” he explains.

“He said in one of the interviews, ‘we go and watch football and have a beer with our friends and live life, and when I can do that without there being any problems or thinking about what’s gone on, then that’s going to be my recovery’.

“And that kind of is where they are now.”