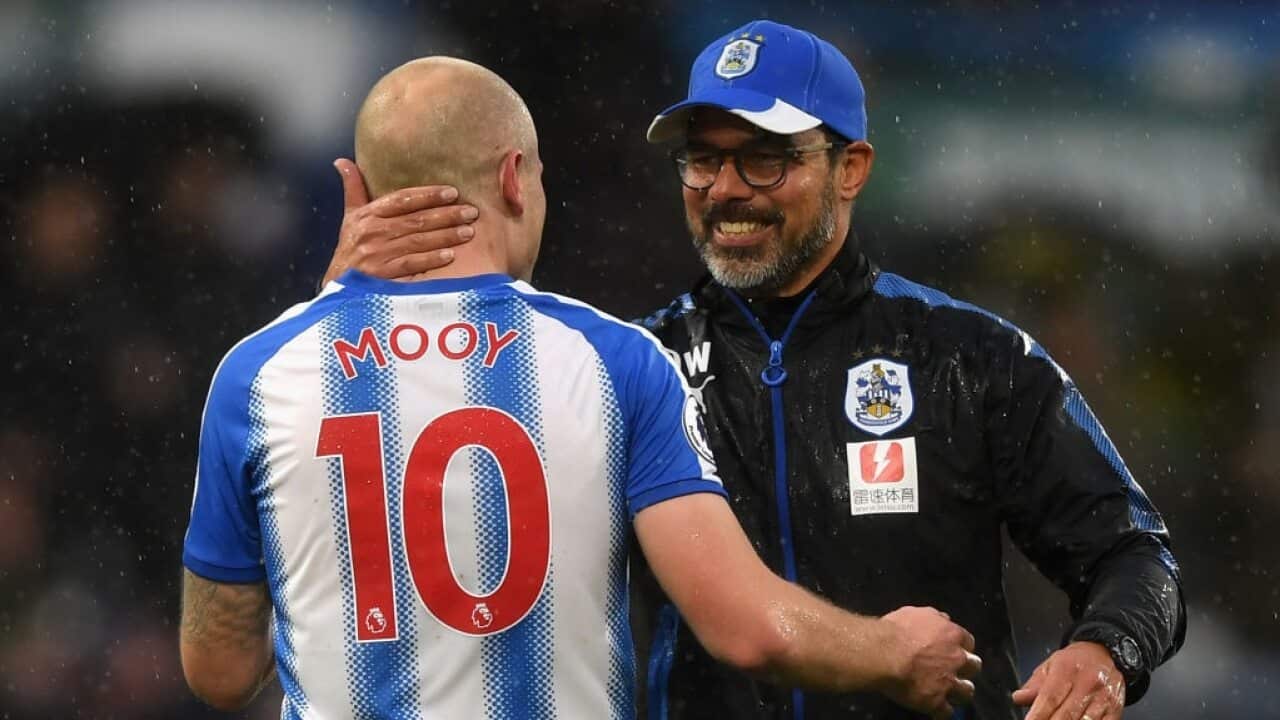 Australia might have exited the group stage in Russia but Mooy further enhanced his reputation worldwide with three stellar performances.

He made his first pre-season appearance for the English Premier League outfit in Wednesday's 3-1 home win over UEFA Champions League outfit Olympique Lyonnais.

Advertisement
The 27-year-old, who has been linked with moves to Newcastle and West Ham as well as a sensational return to Manchester City in the past month, was replaced at half-time after impressing against the French visitors.

Wagner confirmed afterwards that Mooy will be eased back into club duties ahead of the season-opener against Chelsea on August 11.

The former Melbourne City maestro has emerged as one of the Terriers’ key players in the past two years and as the engine room of the club’s midfield, as well as a prized asset coveted by rivals.

Wagner plans to take his squad to a pre-season camp in Austria for final pre-season friendlies.

“Aaron needed five to ten minutes to get up to the speed of the game because it wasn’t the easiest of pre-season matches, playing against a Champions League side,” Wagner said.

“But he soon found his position and showed some decent moments during his time on the field.

“I think he isn’t a player who has played with confidence, but the most important thing for Aaron is that he is fresh in the mind and fresh in his legs.

“With the amount of games he’s played in the past two years, it’s impossible for him to play ten months in a row.

“We have to make sure that he stays as fresh as possible and catches up with the rest of the other lads in terms of his fitness. We will look after him carefully because he's such an important player for us.”

Wagner was left fuming by the state of the pitch at Huddersfield’s John Smith’s Stadium for the Lyonnais match.

One area of the surface has been left discoloured and threadbare by the staging of a pop concert featuring X-Factor winners Little Mix on July 15 at a venue run by Kirklees Stadium Development.

“This is not good,” the German raged.

“It is not how it should look for a Premier League side. There are other people at our club, Julian Winter the CEO for example, who have to take care of this and have those conversations.

“But this is not satisfactory and not what I expect when we play in the best and biggest competition in the world. It is unacceptable.

“We have some very good people at this club who will take care of this issue. But I am anything but happy that is how it is.

“This is not satisfactory and not what I expect when we play in the best and biggest competition in the world. Obviously, someone made a big, big mistake.”