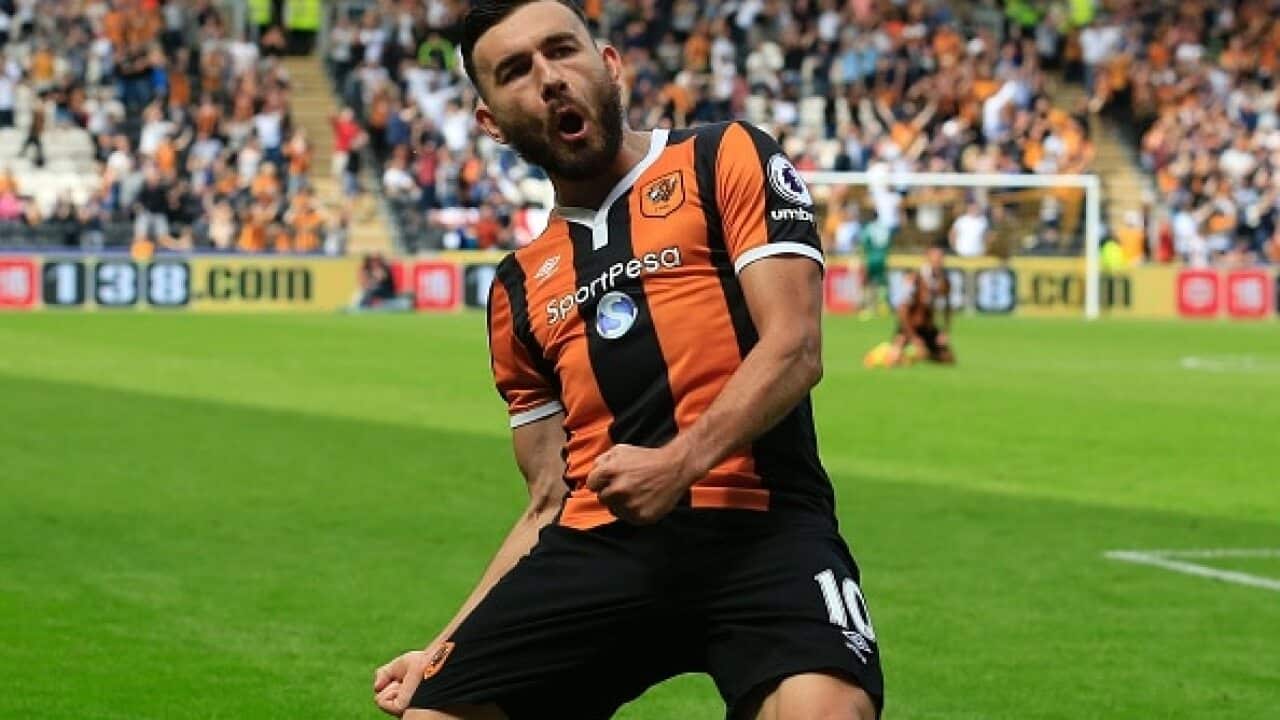 While the match was largely a cagey affair for most of the first half, it came to life either side of half-time.

Advertisement
Riyad Mahrez cancelled out Adama Diomande's opener, just seconds after the break, before Robert Snodgrass gave the Tigers a perfect start to their 2016-2017 campaign.

The Foxes were keen to assert themselves as a team capable of backing up on last years fairy-tale winning season and only centre-back Luis Hernandez and Ahmed Musa were the only new faces in their starting XI.

However, the rust was evident in the opening minutes with Jamie Vardy, Danny Drinkwater and Mahrez each coming close but unable to convert their chances.

Frustration got the better of defensive duo Christian Fuchs and Danny Simpson with each booked within five minutes of each other.

Leicester started to warm to the task before the break, with their best chance came in the 40th minute through Mahrez.

After Fuchs galloped forward, his chance was saved by Eldin Jakupović, before Vardy followed up and the Hull goalkeeper again parryed the ball to Mahrez, who shot the ball wide after dribbling into space.

One minute into injury time with the half winding up, the Tigers found themselves in Leicester's half.

Schmeichel did well to deny Davies but the ball bounced up for both Diomande and Abel Hernandez to turn goalwards with acrobatic efforts. Television replays showed Hernandez got the first touch, kicking it on to Diomande before it flew in off the underside of the crossbar.

Merely 15 seconds into the second-half, Tom Huddlestone clipped Demarai Gray inside the box and gifted the Foxes a penalty which Mahrez converted emphatically.

Determined to prove themselves as a team that belongs in the Premier League despite lowly expectations, Snodgrass scored a powerful goal to put the Tigers back ahead.

Leicester had a prolonged period in Leicester’s half with Mahrez again coming close with a swinging free-kick in the 71st minute, but were unable to convert - with Hull hanging out for a famous victory.

Caretaker manager Mike Phelan was delighted with the character his side showed in a win that marked the first time the reigning Premier League champions have lost on the opening day of the following season.

"When we conceded the goal like we did after half-time you think the floodgates may open, but they carried on and showed great determination and character." Phelan said.

"You have to master the ball, play with confidence and play with character and courage. Everything came out, but it's one game, roll on the next one."