On paper, it was the best Australia side assembled for any event, men or women, in our football history. 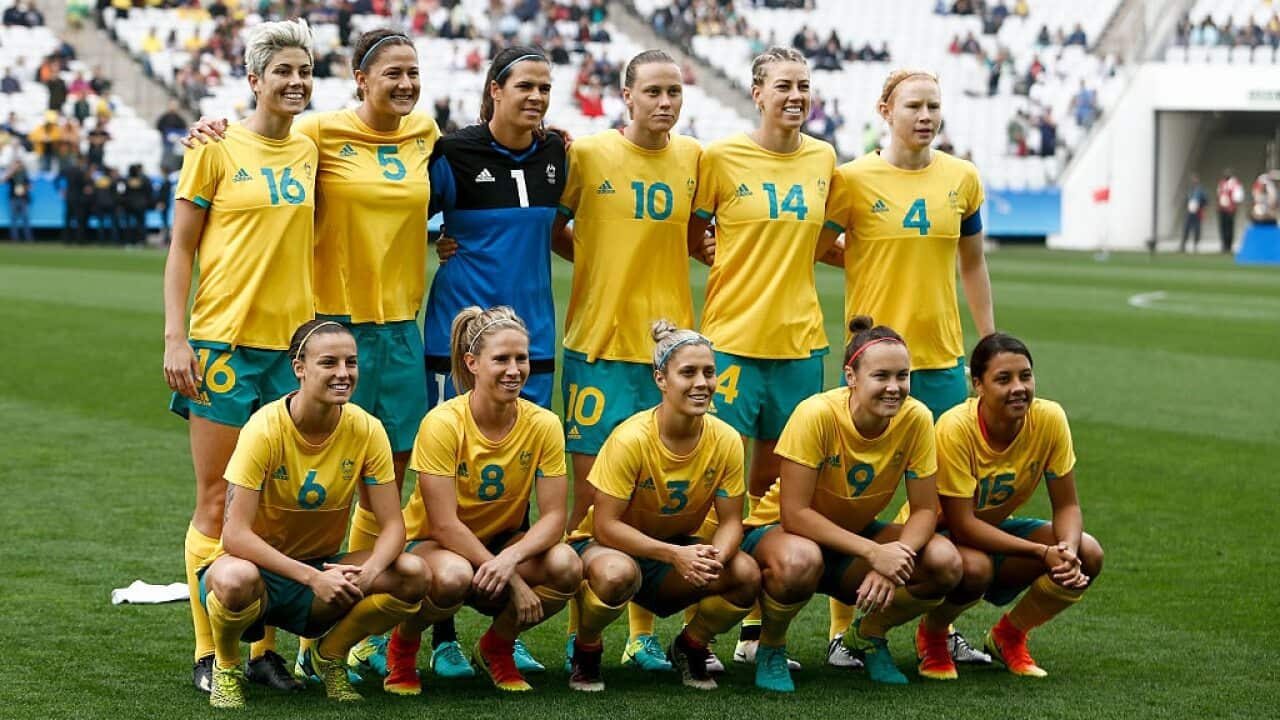 The 18-strong women's squad headed to Rio for the 2016 Olympic Games was dripping with elite international talent - the very kind we’ve dreamed about for as long as any of us have followed the game.

We talked about medals for them; and they talked of bringing medals home for us. Good. That’s how it should be.

But it hasn’t gone to script in the land of futbol. A pre-tournament loss to Brazil sent back a few shockwaves, albeit the outcome was glossed over.

Advertisement
Now the opening 2-0 defeat to Canada has highlighted some real issues for coach Alen Stajcic. Are the Matildas all we cracked them up to be?

I’m sticking tough. I think they still can be. They’ve got some issues, clearly, but it’s not a total catastrophe just yet. The wreckage can be salvaged.

Most concerning for me wasn’t that Laura Alleway made the worst mistake of her career or that Lydia Williams was caught in no man’s land - those things happen.

Granted, that cost Australia two goals, but the result could and should have been rescued when Shelina Zadorsky was sent off and Canada went down to 10 players after just 19 minutes.

It’s often said that it’s harder to play in the scenario, such is the overly defensive nature of the reduced team. Maybe, but when you squander the chance, questions must be asked all the same.

Stajcic will be asking them internally; the nation is right to do the same from outside.

Thankfully, teams who have lost early in tournament play can recover - Spain’s defeat to Switzerland in the 2010 FIFA World Cup certainly comes to mind. And Portugal didn’t even win a game in their group stage during the most recent Euros, so it’s certainly not a mathematical impossibility.

But, suddenly, there’s no wiggle room. Room for error has vanished. Victory over Germany isn't absolutely necessary but a draw probably is if Australia wants to go through as a third-placed qualifier.

So the challenge thrown before them is a curly one. And they ought to cop some critiquing for not getting it done against a 10-man Canada.

The Matildas have long been the sacred cow of Australian football. You wouldn’t dare criticise them in any way, shape or form in public, like we do the Socceroos. Many ex-Matildas would scream this exact truth behind closed doors.

But those days need to be killed off - and that’s a good thing. The reason they couldn’t be criticised in the past was because it was a largely amateur pursuit, and what they did, they did for the love of the jumper.

This is the price of coming of age. It is a price the USA, for example, paid long ago.

When our girls square off against Germany at the Arena Corinthians on Sunday morning, they will do so with a nation that demands they give a full account of themselves. While the Matildas didn’t let Australia down in their opening game, but they'll know they can do better. Much, much better.

We know they've got it in them. They can be sharper defensively, quicker in the build-up play in midfield and much more clinical in attack. We’ve all seen them perform superbly in each area of the field.

But they’ve never done it with the weight of pressure like they face now. Sure, they’ll be underdogs against Germany, the world's second best team, but the expectation has never been greater.

We’re about find out about their true character. For one, I think that's brilliant. As a football nation determined to come of age, it's a test we should be relishing.