I can bring something different upfront, says Juric 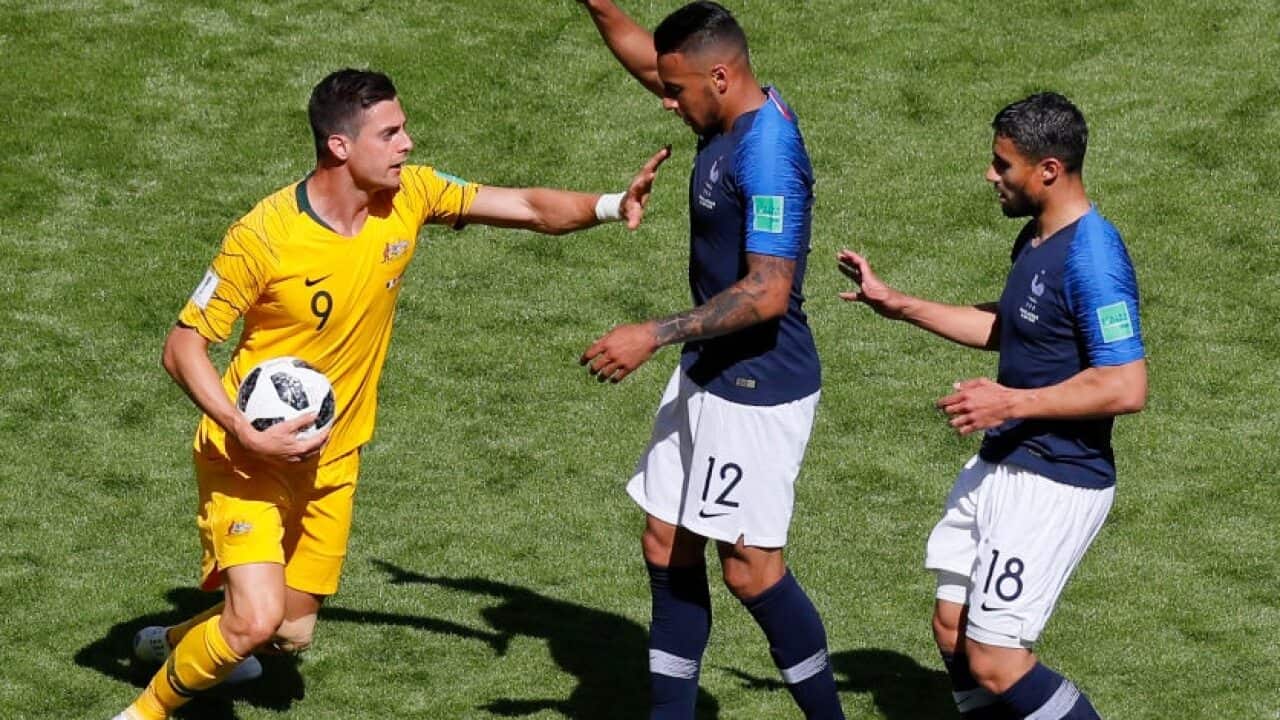 A 20-minute cameo off the bench against France, in place of Andrew Nabbout, has whet the appetite for more, as Juric ponders a possible switch of emphasis against the Danes.

“I’m positive not getting the result today will open up the doors for a lot more offensive actions and possibly even changes,” said Juric after Australia’s gallant 2-1 loss in their Group C opener against Les Bleus.

“I’m just preparing the best I can, on and off the pitch, and making sure I do everything right.

“If called upon I’ll perform to the best of my ability.”

Nabbout has scored once in his five starts under Bert van Marwijk and while he ran himself to a standstill against the French, he never posed any serious questions to defenders Raphael Varane and Samuel Umtiti.

There’s every indication van Marwijk may turn to Juric, whose progress was hindered by a knee injury in the build up to the tournament, as he seeks fresh ideas in the front third.

“He moves a lot and makes it very difficult for the defenders.

“That’s not one of the strengths of my game but maybe I can bring something different to the team.

“Using the strengths of my game will definitely bring a different dynamic for for us.

“It depends what we want to do it and how we prepare for the next game.”

With Australia enjoying a numerical advantage on a counter attack deep in French territory, he was cynically felled by Les Bleus midfielder Corentin Tolisso, a foul which van Marwijk thought merited a red card, rather than the yellow he got away with.

“It was a tactical foul and a smart play from him,” Juric said.

“He knew he’d get a yellow card for that.

“But maybe if that didn’t happen things would’ve been different.”

Juric sees Australia as still very much alive in their quest to reach the last 16 in Russia.

“We knee if we stayed compact and organized we would make it very difficult for them,” he said.

“They didn’t create many clear-cut chances, so we did a good job on our end.

“If we continue to play this way ... with this passion and togetherness we can be pretty optimistic about the next two games.”