Brighton & Hove Albion goalkeeper Mat Ryan may face shots faster than a speeding bullet when he takes on the might of Premier League giants Manchester City but the Australia star is adamant he doesn't need to be Superman. 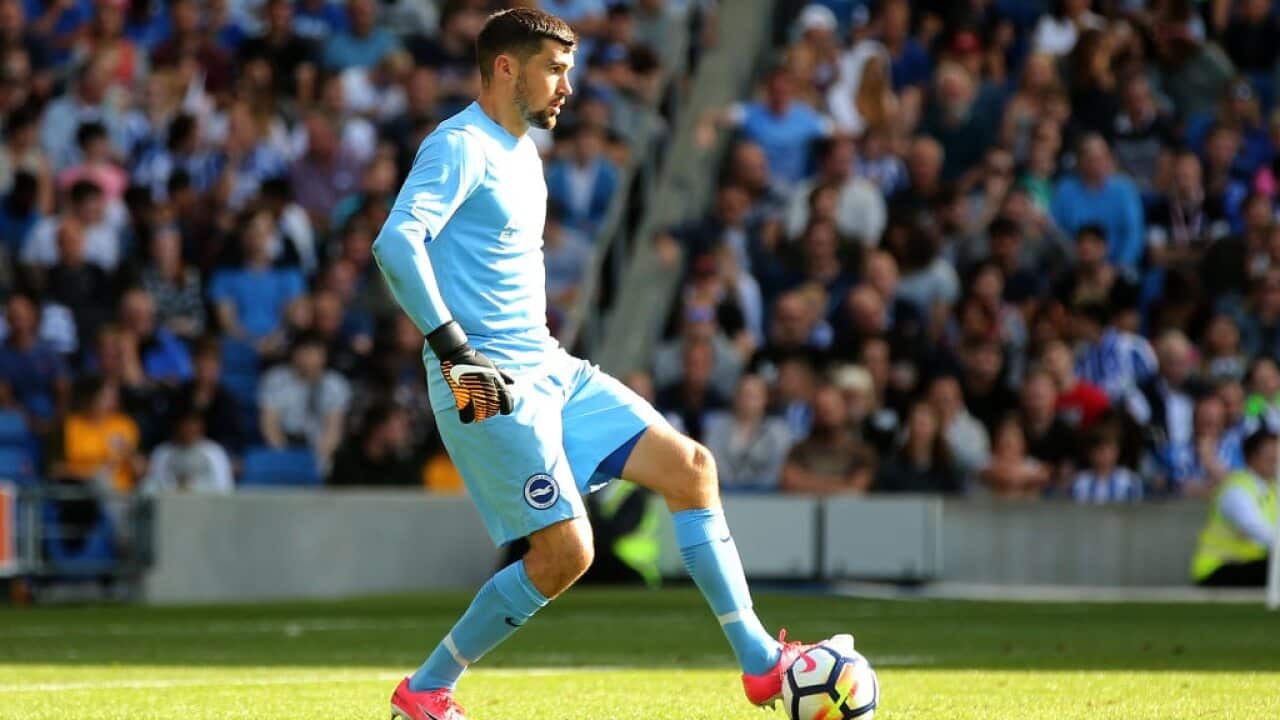 Premier League new boys Brighton face a baptism of fire in their first game in the English top flight in 34 years on Sunday (AEST) against Pep Guardiola and his star-studded side boasting the likes of Sergio Aguero, Gabriel Jesus, Leroy Sane and Kevin De Bruyne.

But far from feeling he needs super-human powers to combat them, Ryan says one of the most important lessons he's learned over the years is when it comes to big opponents and big moments it's best to just go back to basics.

"Going up to a higher level in the past, when I was a bit less experienced, I would think: 'I have to be Superman to do this'," he told The World Game.

Advertisement
"But I've realised through experience - more often than not, if I just revert to what I've done to get myself there, I would have performed better.

"And perhaps I would have given myself a better chance in the game to make that save for example."

Ryan, who was signed by Brighton from La Liga side Valencia, said his side's narrow 3-2 loss to Atletico Madrid in last Monday's (AEST) pre-season friendly has given him plenty of confidence ahead of their opening Premier League clash.

Despite one forgetable moment, when Ryan let Nico Gaitan's shot slip through his grasp, the gloveman rebounded to win man-of-the-match honours.

"I've played a few important games in my career," he said.

"Every time I've played an international game against powerhouse nations or big clubs, and as recently as the Confederations Cup against the likes of Germany or Chile, I always walk off the pitch saying: 'I just want to be playing at this sort of level more regularly'.

"So I'm just really excited by the opportunities I'll have here at Brighton.

"I think Sunday's (Monday AEST) match demonstrated that we can hold our own at the highest level.

"That Atletico team they fielded was close to a full-strength side. So for us to take the game to them at times ... I take confidence from that game ahead of the big one on Saturday (Sunday AEST)."

Ryan's mum Carol will be in the stands as he makes his Premier league debut, marking what has been an incredible journey for her son from A-League club Central Coast Mariners to the heights of playing in England's top tier.

But for Ryan, this is just the beginning.

"Sometimes when you get a moment to think, it is a little bit surreal where you are.

"But at the same time, I've still got big goals and ambitions, and everything I've achieved until now still doesn't measure up to where I hopefully see myself in the next few years."