Lukas Postlberger delivered victory out of the breakaway to take the overall lead on stage two of the Criterium du Dauphine. 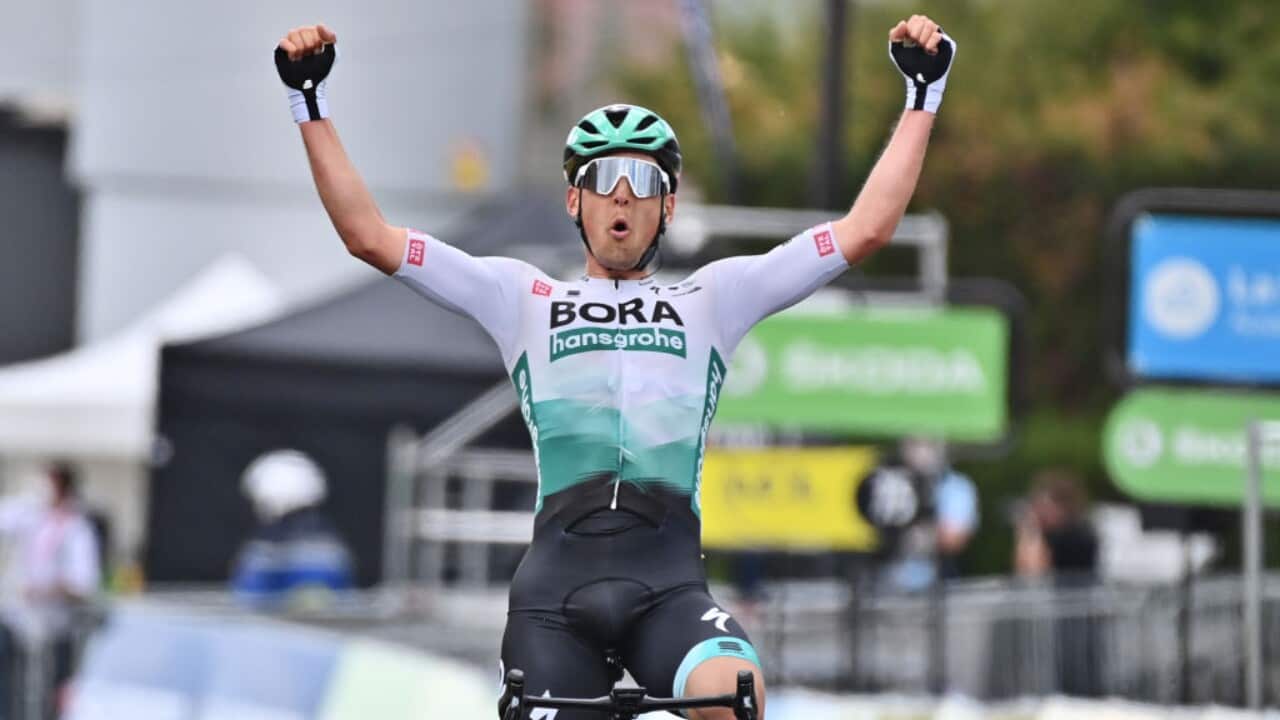 "I planned it a few weeks ago," Postlberger said after the race. "I knew the first two stages would be good for the breakaway riders, with not many sprinters in the race. I knew I could do it.

"Today I had a shot. It was really hard, I tried to manage my pace in the climbs. I was at the limit, I couldn't speak anymore on the radio. It was just pain.

"It means a lot to me. When I won in the Giro, I was a nobody, but winning here and planning this in advance is amazing. I didn't imagine I would take the yellow and blue jersey."

A second consecutive breakaway victory saw Bora-Hansgrohe's Postlberger inherit the yellow jersey from Sunday's surprise winner Brent Van Moer as he held off the chasing peloton in a tense finale to the 173km stage from Brioude to Saugues.

Thomas and his Ineos Grenadiers' teammate Tao Geoghegan Hart were part of the much-reduced pack that crossed the line 11 seconds later, with both now 24 seconds off yellow ahead of the bigger tests to come.

Three-time Dauphine winner Froome, using this race as his final tune-up for a planned return to the Tour de France, avoided time losses on the opening stage but found himself distanced on the climb of the Cote de la foret de Pourcheresse on the final approach to Saugues.

The 36-year-old, who has said he wanted to measure himself on the climbs this week, came home in a group including the yellow jersey almost three and a half minutes down.

Britain's Matthew Holmes took over the king of the mountains' jersey, having been part of the original break alongside Postlberger.

WATCH Stage 3 of the Criterium du Dauphine LIVE, FREE and in HD from 10:20pm (AEST) tonight on SBS VICELAND and SBS On Demand.