Ibisevic and Stark on target as Hertha see off Schalke

Hertha Berlin strengthened their claim for a place in the UEFA Champions League next season with a 2-0 win over Schalke, which cemented third position in the Bundesliga. 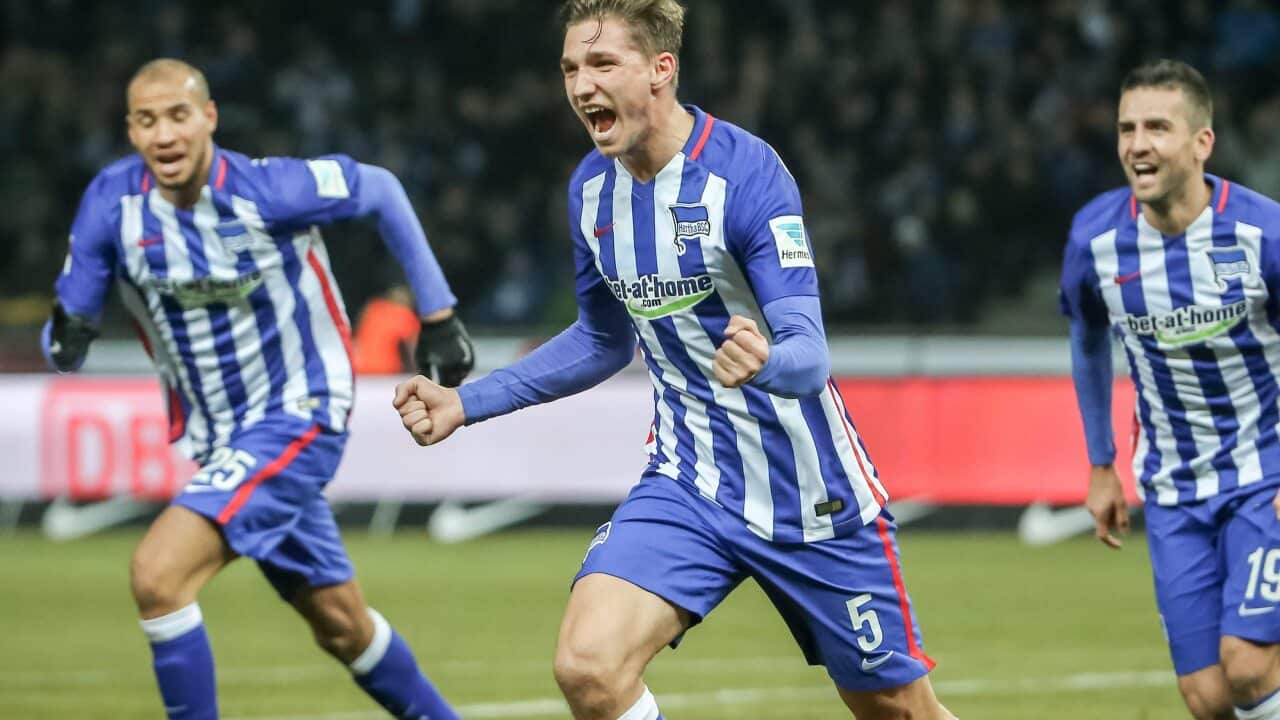 Vedad Ibisevic and Niklas Stark scored the goals for Pal Dardai's men, who moved four points clear of their opponents in fourth and look in pole position to qualify for the elite European competition.

Tolga Cigerci's volley was the first real effort on goal 10 minutes before the interval, yet the minimalist approach worked as Hertha did grab the lead before the referee sent the teams for a break.

Salomon Kalou fed the ball through to Genki Haraguchi, who did enough to nudge it away from the last defender and into the path of Ibisevic to drill his low shot past Ralf Fahrmann.

Advertisement
Dennis Aogo squandered an opportunity to bring Schalke level in the second half when he found himself in a rare advanced position with just Rune Jarstein to beat, but he almost stumbled as he placed his shot wide of the right-hand post.

Kalou then tried to go it alone when Mitchell Weiser was free to his right moments later, but the second Hertha goal was not long in coming with Stark opening his account with a near-post header flicked into the far corner from Vladimir Darida's corner.

A Cigerci effort deflected wide of Fahrmann's goal before the Berlin midfielder lifted his next effort over with only the last line of the Schalke defence to beat.

Ibisevic also missed the target with only the Schalke goalkeeper to beat and Cigerci subsequently hit the underside of the crossbar with Darida heading in the rebound, but from an offside position.

The offside flag also ruled out a goal from John Anthony Brooks, but Berlin's profligacy was inconsequential as they eased to another three points, taking them a step closer to a return to Europe and potentially the Champions League next season.