Australia's Chris Ikonomidis believes he is on the cusp of a breakthrough with Lazio after winning the approval of the Biancocelesti’s coaching staff and fans after an impressive debut for the Italian giant. 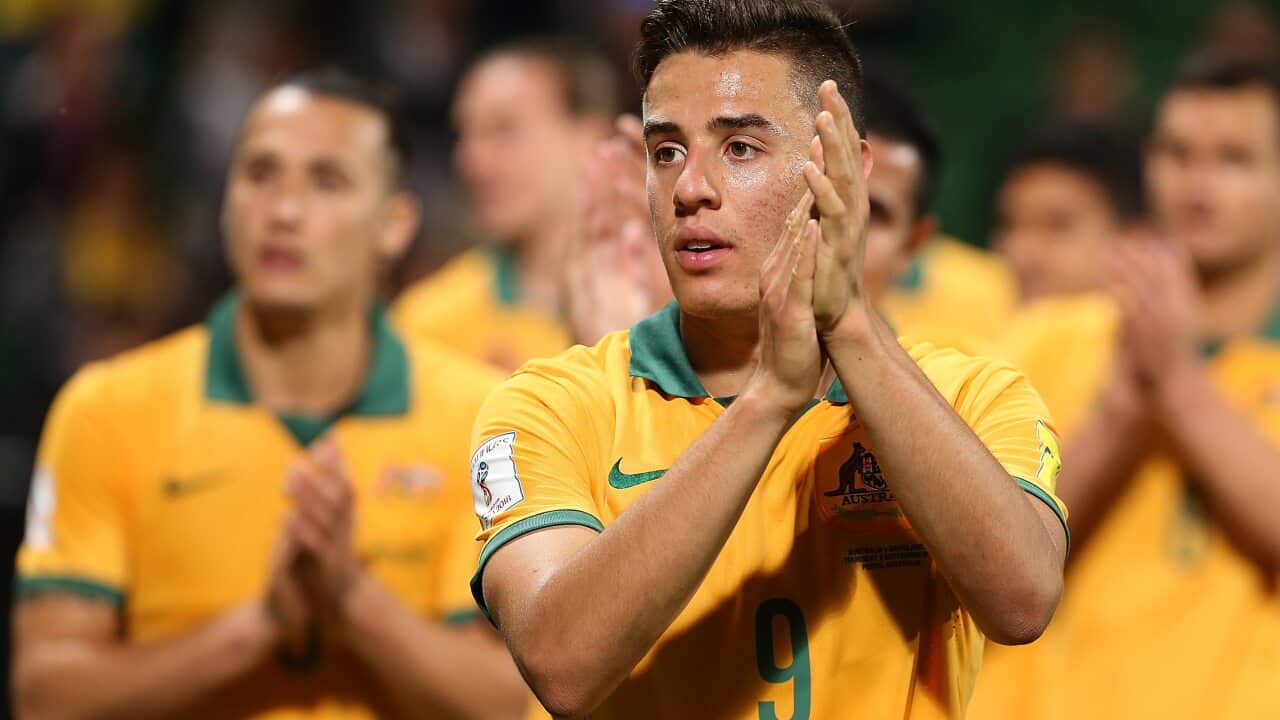 The attacking midfielder was a surprise starter in last week’s Europa League clash against St Etienne, and played his part in helping Stefano Pioli's men ease through to the knock-out stages of the competition after a composed performance.

The 20 year old kid from Sydney was still on a high and confident that his “first big steps” for the team struggling in 13th spot on the ladder will herald more game time for both club and country, perhaps starting tomorrow morning against Sampdoria in Serie A.

Ikonomidis signed an extended five-year deal in June, and saw a first start as a huge step forward.

“It was a big monkey off my back to make this debut and it was immense for me to get a starting spot in the Europa League, a great experience," Ikonomidis said.

"It was an honour to play in such a big game. A lot of hard work has gone into it this season and it's beginning to pay off now.

"I felt pretty comfortable out there. The first few minutes were a bit emotional, and after a while I got a few good touches on the ball and felt I could make a good difference.

"I hope to make some big steps and seal myself as a starter in the coming months. The feedback was really good, the coach was happy and the local media ratings were around six-and-a-half and seven out of 10, which is also pretty good.

"There was a lot of positivity about it and I am looking forward to better things from here."

The feedback from supporters towards the club in general has not been so positive lately, with Lazio winless in Serie A since late October and fans venting their displeasure by delivering 10 bags of manure to the club's training ground late last week in a pointed and pongy message to president Claudio Lotito.

Ikonomidis, who has three Socceroos caps and is also an integral part of the Olyroos squad looking to clinch qualification in January for the Rio Olympics in 2016, could be one to benefit as Pioli looks to shake up his misfiring squad.

"I have been working patiently. We have a really big and talented squad and the opportunities didn’t really come at the start," he said.

“But I’m pushing hard now, and it was a huge experience to play in that game. A lot of people saw me, important people watched the game.

“The coach has a lot of faith and trust in me, and I want to be involved as much as possible with the first team.

"We have made it to the next round of the Europa League, and while we need to get a few more wins under our belts in Serie A, I think we'll be okay."

Ikonomidis is at the fledgling stage of what could be a long career for his country, and has been deployed most recently with the Under-23s to bolster their Olympic Games bid.

“The last few camps I’ve been with the Olyroos for the upcoming qualifiers and I’m excited to be a part of that," he said.

“We have a lot of talented players, and we feel we can get to Rio if we dig in and get the job done.

"I feel I am part of the national team set up now, and look forward to hopefully getting involved again in March for the two World Cup qualifiers back in Australia.

“To get a starting position for the Socceroos would be really nice and it's something I am aiming at for next year."